You are here: Home / Feature Articles / 44-2: Family Break-ups & the Law / Important Changes to the Law Are Coming: Mark your calendar!
Reading Time: 8 minutes

The federal Divorce Act applies to married couples who are separating and want to get divorced. The Act is getting a pretty thorough overhaul that takes effect on 1 July 2020. The most important changes involve the language the Act uses to talk about the care of children after separation, how the court addresses family violence and what happens when someone wants to move away after separating. 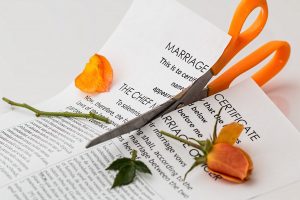 The current Divorce Act talks about the care of children in terms of custody and access. Custody is mostly about how spouses make decisions about their children. Someone with “sole custody” has the right to make these decisions without consulting the other spouse. When spouses have “joint custody”, they both have the right to make these decisions and usually have to talk to each other first. Access is about how the children’s time between the spouses’ homes is scheduled and usually refers to the children’s schedule with the spouse who has the least amount of time with them.

On 1 July 2020, however, the Divorce Act will start talking about decision-making responsibility, parenting time and contact.

Parenting time means the time a child is in the care of a spouse. Each spouse has the sole authority to make day-to-day decisions affecting their child during their parenting time. Contact, on the other hand, means the time someone who isn’t a spouse has with a child, including grandparents and other important adults in the child’s life. People with contact do not have the right to make day-to-day decisions affecting the child.

Spouses can make parenting plans describing their agreement about how they will share decision-making responsibilities and parenting time, and about who can have contact with their child. The court will make parenting orders on these subjects if spouses can’t agree.

The best interests of the child

When considering these factors, the court must give primary consideration to the child’s physical, emotional and psychological safety, security and wellbeing.

Where family violence is an issue, the best interests of the child factors require the court to think about how the violence affects the ability and willingness of a spouse to care for the child. The court must also think about the appropriateness of making a parenting order that would require the spouses to cooperate with each other.

The court must also consider a list of other factors, which include:

Moving with or without a child

Beginning on 1 July 2020, the Divorce Act will have new rules about what happens when someone wants to move away, with or without a child. If a spouse wants to move only a short distance away, the spouse will be required to give written notice to anyone who has parenting time, decision-making responsibility or contact with the child. The notice must state the date when the move will happen and the address of the new home. However, the rules change if the spouse wants to “relocate.”

After receiving notice of a relocation, someone with parenting time or decision-making responsibility has 30 days to object to the relocation. It’s important to know that:

When someone objects to a relocation, the court must consider the best interests of the child and a list of other factors, including:

The court cannot think about whether the person who wants to move would still move if they could not take the child with them.

The court can waive the requirement to give notice of moves that do and do not qualify as relocations if there is family violence.

Resolving problems outside of court

The updated Divorce Act will also encourage people to resolve disputes about parenting after separation, child support and spousal support out of court. Options for resolving disagreements outside court include negotiation, mediation and collaborative negotiation.

Lawyers will also be required to encourage their clients to resolve their disagreements outside court.

Legal advice about the changes

It is important to speak to a lawyer to get legal advice if you think that any of the changes to the Divorce Act might affect you. This is especially true if you have a court case under the Divorce Act that won’t be wrapped up by 1 July 2020 (when the changes take effect) or if you might be dealing with a problem that qualifies as a relocation.

Remember that the changes to the Divorce Act only apply to married couples who are separating and want to get divorced!

Alberta’s Matrimonial Property Act also applies only to married couples, but that’s all going to change on 1 January 2020 when the Act will be renamed as the Family Property Act. 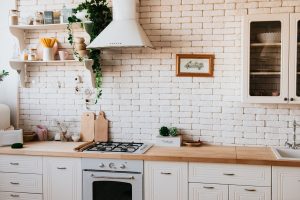 When these changes become law, the new Family Property Act will apply to married couples as well as unmarried couples who qualify as “adult interdependent partners.” This is a really important change because currently only spouses can use the Act to figure out how property should be divided when they separate. People in unmarried relationships have to rely on the rules of equity and the common law to get an interest in property owned by the other person, and the results of those rules are always hard to predict. The results of claims under the Family Property Act, on the other hand, are much easier to figure out and are more easily resolved without having to go to court.

Who is affected by the change?

What’s even more significant about this change is that it will apply to everyone who qualifies as an adult interdependent partner on 1 January 2020, whether they want it to or not.

Because of the big differences currently in property rights between married couples and unmarried couples, some people decide to avoid getting married in order to avoid having to share their property after separation the way married couples do. However, if you are in an adult interdependent relationship on 1 January 2020, or enter one after that date, the Family Property Act will apply to divide your property if your relationship ends.

In Alberta, the property a couple owns when they separate is broken down into three groups.

… if you are in an adult interdependent relationship on 1 January 2020, or enter one after that date, the Family Property Act will apply to divide your property if your relationship ends.Next, there’s the property that the couple shares in some way, although not necessarily equally. This includes the increase in the value of property brought into the relationship and the increase in the value of any gifts, inheritances and court awards that were received during the relationship. It also includes new property acquired from the sale of this property as well as gifts received from the other person.

Even though this seems complicated, the law about how these different groups of property are shared – and not shared – is well understood by lawyers and judges. (In a nutshell, you get to keep the value of what you bring into a relationship and have to share the increase in value of that property as well as the new things you get during the relationship.) This will make dividing property between unmarried people much easier than how the rules of equity and the common law currently work.

Legal advice about the changes

It is important to speak to a lawyer to get legal advice if you think that any of the changes to the Family Property Act might affect you, especially if you are, or are going to be, living in an adult interdependent relationship when the law changes on 1 January 2020. You should think about asking a lawyer about a cohabitation agreement, also called a living-together agreement, which might help you control the impact of the new plan for dividing property between adult interdependent partners.

You can get more information about the changes to the Family Property Act from Alberta’s Ministry of Justice. You can also read a more technical overview of the bill changing the Matrimonial Property Act (“A Brief Overview of Bill 28”) from the library available on my website.