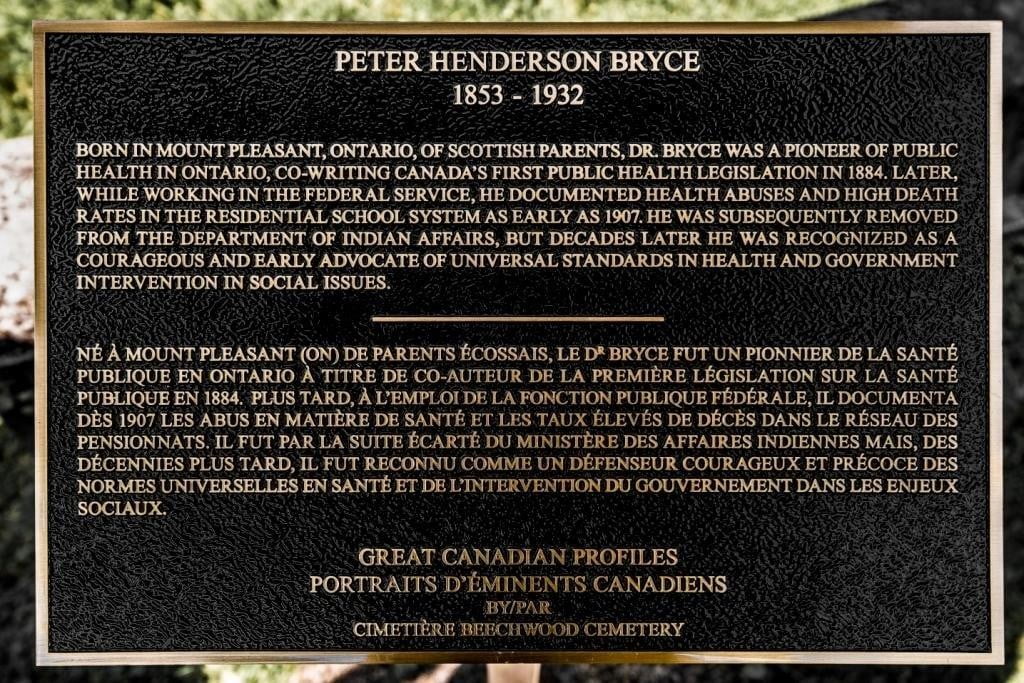 This chronology was compiled to convey, by historic milestones, how the Indian Residential School system came to be, how it embodied attitudes of its time, how critics were dismissed, and how finally the deep harm it did to many members of generations of Indian children was exposed in the course of a reconciliation process that continues. While Canada is doing its best to compensate, in many senses, for the failings of the system, much of the damage to individuals, and to First Nations culture, can never be put right.

1755 – Indian Department created as branch of British military to establish and maintain relations with Indians.

1842 – Governor General Sir Charles Bagot appoints Commission to report on “the Affairs of the Indians in Canada.”

1844 – Bagot Commission finds reserve communities in a “half-civilized state”; recommends assimilationist policy, including establishment of boarding schools distant from child’s community, to provide training in manual labour and agriculture; portends major shift away from Royal Proclamation of 1763 policy that Indians were autonomous entities under Crown protection.

1856 – “Any hope of raising the Indians … to the … level of their white neighbours, is yet a … distant spark”: Governor General Sir Edmund Head’s Commission “to Investigate Indian Affairs in Canada.”

1857 – Gradual Civilization Act passed; males “sufficiently advanced in the elementary branches of education” could be enfranchised (they would no longer be “Indians,” and could vote).

1871 – Treaty No. 1 entered into at Lower Fort Garry: “Her Majesty agrees to maintain a school on each reserve … whenever the Indians of the reserve should desire it.” This promise, repeated in subsequent treaties (though hedged in Treaties No. 5 on), reflected desire of Indian leadership to ensure transition of their youth to demands of anticipated newcomer society.

1890 – Physician Dr. G. Orton reports to Indian Affairs that tuberculosis in the schools could be reduced by half; measures rejected as “too costly.”

1892 – Regulations passed giving control over daily school administration to churches: Catholic, Anglican, Presbyterian, Methodist. (In 1925, Methodists joined most Presbyterians and others to form United Church, which continued to run schools.)

1896 – Programme of Studies issued; stresses importance of replacing “native tongue” with English. Children forbidden to speak their native language, even to each other, and punished for doing so. This continued to be the policy for life of the system.

1904 – Dr. Peter Bryce appointed “Medical Inspector” to the Departments of the Interior and Indian Affairs.

1904 – Minister Sir Clifford Sifton announces closure of industrial schools – large urban institutions – in favour of boarding schools. They are closed over the next two decades.

“The appalling number of deaths among the younger children … brings the Department within unpleasant nearness to the charge of manslaughter”: Hon. S.H. Blake, K.C., Chair of Advisory Board on Indian Education (partner in what is now national law firm Blake, Cassels & Graydon), to Minister Frank Oliver.

1910 – The children “catch the disease … in a building … burdened with Tuberculosis Bacilli”: Duck Lake Indian Agent MacArthur on the continuing prevalence of tuberculosis.

1912 – “… in the early days of school administration … [t]he well-known predisposition of Indians to tuberculosis resulted in a very large percentage of deaths among the pupils … fifty percent of the children who passed through these schools did not live to benefit from the education which they had received therein”: Scott, in an essay in the authoritative 22-volume Canada and its Provinces.

1919 – Position of Medical Inspector for Indian Agencies and Residential Schools abolished (in the year of the Spanish ‘flu) by order in council on recommendation of Scott “for reasons of economy.”

1920 – “I want to get rid of the Indian problem”: D.C. Scott to Parliamentary Committee. A Scott-instigated amendment to the Indian Act, with church concurrence, compelled school attendance of all children aged seven to fifteen. Though no particular kind of school was stipulated, Scott favoured residential schooling to eliminate the influences of home and reserve and hasten assimilation.

“I am afraid I cannot give a very encouraging answer to the question. We are not convinced that it is increasing, but it is not decreasing”: Prime Minister Arthur Meighen, former Minister of the Interior, on being asked whether tuberculosis was increasing or decreasing amongst the Indians.

1922 – Dr. Bryce publishes The Story of a National Crime: Being an Appeal for Justice to the Indians of Canada, the Wards of the Nation, Our Allies in the Revolutionary War, Our Brothers-in-Arms in the Great War. He charges that, for 1894-1908, within five years of entry 30% to 60% of students had died, an avoidable mortality rate had healthy children not been exposed to children with tuberculosis: A “trail of disease and death has gone on almost unchecked by any serious efforts on the part of the Department of Indian Affairs.” His 1907 recommendations on tuberculosis control not given effect, he says, “owing to the active opposition of Mr. D.C. Scott.”

1932 – Scott retires as Deputy Superintendent General after more than 52 years in the department. The anthologist John Garvin writes that Scott’s “policy of assimilating the Indians had been so much in keeping with the thinking of the time that he was widely praised for his capable administration.” He embodied a fundamental contradiction: While a rigid and often heartless bureaucrat, “his sensibilities as a poet [were] saddened by the waning of an ancient culture” (Canadian Encyclopedia).

1955 – Jean Lesage, Minister of Northern Affairs and National Resources, department responsible for Inuit (then known as Eskimos), gets Cabinet approval for broad education policy in North. General policy is to substitute settlements for nomadic life. A school is built at Chesterfield Inlet, followed by Coppermine, and ten “hostels.” Some Inuit had formerly been sent south to Indian Affairs schools. “Destitute” Métis were sometimes also enrolled.

1993 – Archbishop Michael Peers, Primate of Anglican Church of Canada, apologizes to survivors of Indian residential schools on behalf of the Church.

1998 – Government responds to RCAP Report with Statement of Reconciliation, including apology to those sexually or physically abused while attending residential schools, and establishment of Aboriginal Healing Foundation to assist Aboriginal communities to build healing processes that address legacy of system, with $350 million endowment.

2003 – National Resolution Framework launched, including Alternative Dispute Resolution process, an out of court process providing compensation and psychological support for former students who were physically or sexually abused or had been wrongfully confined.

2007 – Indian Residential Schools Settlement Agreement, largest class action settlement in Canadian history, negotiated and approved by parties, and Courts in nine jurisdictions, implemented. Of the 139 schools ultimately included in the settlement, 64 were Roman Catholic, 35 Anglican, 14 United Church, and the balance other or no denomination. The objective was reconciliation with the estimated 80,000 former students then still living, of over 150,000 enrolled since 1879. Elements are,

Survivors report harsh and cruel punishments, suicides of others, physical, psychological and sexual abuse, poor quality and meagre rations and shabby clothing in the schools, and inability on leaving to belong in either the Aboriginal or larger world. Posttraumatic stress disorder, major depression, anxiety disorder and borderline personality disorder have been diagnosed, and many have criminal records.

After a rocky start, with resignations of original Commissioners, Truth and Reconciliation Commission begins work under Justice Murray Sinclair, an Aboriginal Manitoba judge who became the province’s Associate Chief Justice in 1988.

2011 – University of Manitoba president David Barnard apologizes to Truth and Reconciliation Commission of Canada for institution’s role in educating people who operated the residential school system.

Interim Report can be accessed at: http://nctr.ca/assets/reports/TRC/Interim%20report%20English%20electronic.pdf.

Over 105,000 applications for Common Experience Payments were received by Canada by 2012 deadline; over 79,000 were found eligible and paid, the average amount being $19, 412. September 19 was final deadline for Independent Assessment Process claims.

2014 – Commission’s hearings in more than 300 communities wrap up. “National Events,” in Winnipeg, Inuvik, Halifax, Saskatoon, Montreal and Vancouver have been held, as required by the Settlement Agreement, the final one taking place March 27-30 in Edmonton.