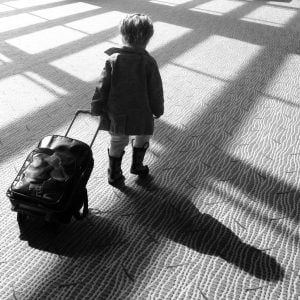 Relationships between individuals from different countries are much more common in our world today. If the relationship breaks down and there are children involved, we can have an issue spanning countries! What happens if one parent takes the child to another country without the other parent’s consent? This is international child abduction.

What is the Hague Convention?

The main objectives of the Hague Convention are set out in Article 1:

a) to secure the prompt return of children wrongfully removed to or retained in any Contracting State; and

The Hague Convention does not deal with the merits of a custody decision. Instead, it respects the custody decision of a jurisdiction in which the child resided prior to their removal (called the “habitual residence”). The underlying premise of the Hague Convention is that the courts of the child’s habitual residence are properly equipped to make the appropriate decisions about the child’s welfare.

How does the Hague Convention work?

In Canada, the federal government and each province and territory have a Central Authority (usually the justice department of government). In Alberta, there are two Central Authorities: one in Edmonton and one in Calgary.

However, the court does not have to order that the child be returned if the person opposing the return shows that:

Article 11 of the Hague Convention reads that a court should make a decision within 6 weeks from the date proceedings were started. In 2015, applications were resolved on average in 129 days in Canada (about 12 weeks over the target). The global average is 164 days.

The Hague Convention does not deal with the merits of a custody decision.By way of example, I was involved in a high-conflict abduction from Hawaii by the mother of the couple’s daughter. The mother and child had been living in Fiji (non-Hague Convention signatory at the time of the application). Through a tip, the father – who was still in Hawaii – learned that the mother was coming with the child to Calgary for a family wedding. The Alberta court gave an emergency order enabling the police to intercept the mother when she arrived at the Calgary airport, and the child was placed into the Central Authority’s protective custody pending the Hague Convention hearing. The result: the father was successful in having the child ordered returned to Hawaii. The mother chose to accompany the child back to Hawaii. Due to the high risk to re-abduct, a retired police officer accompanied the mother to Hawaii.

Problems with Lack of Uniformity

Problems have arisen with the lack of uniformity in the interpretation and application of the Hague Convention as each country has its own laws and viewpoints on how to interpret it. Contracting states can overcome this with greater cooperation in exchanging “good practices” at international conferences and through the resources of the Hague Convention itself.

Contracting states generally use one of three approaches:

The Supreme Court of Canada adopted the hybrid approach. The European Union, the United Kingdom, Australia, New Zealand and some states in the United States also use this approach. As a practitioner in this area, the hybrid approach will take some getting used to. The shared parental intent model, for the most part, was relatively decisive in reaching a decision. Of course, how the Court’s decision plays out in the future will be a matter of interpretation as future Hague Convention cases come before Canada’s courts.

The Hague Convention sets out a mandatory return policy.In some of my own cases, I have also experienced problems with courts in the jurisdiction of the abductor being biased or sympathetic to the abducting parent who is a national of that country. The exceptions to the mandatory return policy are subject to the interpretation and possible bias of the particular judge hearing the case.

The court has the difficult challenge of balancing the need to protect children from being unlawfully abducted against the need to protect a child from a grave risk of harm should the court entertain a return application where that defence has been raised. At the same time, courts must be careful not to undermine the spirit and philosophy of the Hague Convention where a mandatory return is warranted. Despite the difficulties and challenges in interpreting and enforcing a treaty that applies to diverse societies and cultures of the international community, the Hague Convention is still an effective tool in combatting international child abduction.

Max Blitt, Q.C. is a senior lawyer at Spier Harben Barristers & Solicitors in Calgary, AB. Max has extensive experience dealing with the Hague Convention on the Civil Aspects of International Child Abductions in addition to international property and support issues. For more information on child abductions, visit his website: www.childabduct.com.