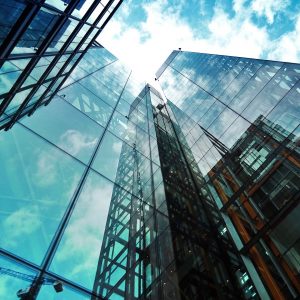 The recent 2019 United Nations Climate Action Summit brought worldwide attention to the need for countries (or ‘states’) to take immediate action on climate change. The Summit was aimed at bringing world leaders together to discuss transformative action plans for addressing the potentially catastrophic influences of climate change. During these meetings, there was a growing consensus that governments can no longer pursue “business as usual” if they want to meet international climate targets.

However, governments that are motivated to pursue bold and progressive policies to target climate change may have to grapple with competing obligations. Many governments have signed international trade and investment agreements that give foreign investors certain rights and protections that can be enforced through an investor-state dispute settlement (ISDS) clause. ISDS can impact a state’s ability to make policies on climate change, leaving governments to manage competing investment and environmental obligations. This article will look at what ISDS is, as well as Canada’s recent experience under the North American Free Trade Agreement (NAFTA).

What is Investor-State Dispute Settlement (ISDS)?

Investor-state dispute settlement (ISDS) is a legal provision included in over 90% of the 2,667 international trade and investment agreements in force today. In short, ISDS enables foreign investors to sue states whenever the state’s laws infringe on the investor’s rights set out in these agreements. These claims are then decided within private transnational arbitral tribunals.

ISDS was initially aimed at protecting foreign investors from host governments directly expropriating foreign-funded projects. However, foreign investors are increasingly using ISDS whenever a diverse range of domestic policies conflict with their ability to realize actual (or potential) profits from their investments. This significant broadening of scope is leading to a rising number of controversial ISDS claims. For example, legislation relating to human rights, public health, pollution and climate change have all led to host governments paying legal awards worth millions (and potentially billions) of dollars to foreign investors. These cases should raise questions as to how ISDS might intersect with a state’s objective in pursuing climate action.

How has ISDS impacted Canadians to date?

To date, Canada has responded to a number of ISDS claims, most of which have taken place under NAFTA’s Chapter 11 (the Chapter specifically dedicated to investment provisions). As shown in a recent report by the Canadian Centre for Policy Alternatives (CCPA), foreign investors have sued Canada 41 times through NAFTA to date. These claims have cost taxpayers $219 million in awards and settlements and $95 million in unrecoverable legal fees. However, in addition to quantity and cost, ISDS has also directly intersected with Canadian policy-making in a number of areas of public interest, most notably with respect to the environment.

Canada currently faces eight active ISDS cases with claims up to $475 million in damages.In Clayton/Bilcon v Government of Canada, a group of United States’ investors submitted a NAFTA claim against Canada in 2008. The investors wanted to build a large quarry and marine terminal in an ecologically-sensitive coastal area of Nova Scotia. However, after public consultation and an environmental impact assessment, the Canadian and Nova Scotian governments rejected permits for the project. In their Joint Panel Review, both governments cited that approving the permits, despite widespread concern over the social and environmental impacts of the project, would go against “community core values”. In response, Clayton/Bilcon initiated an ISDS claim demanding US$101 million dollars in compensation. In 2015, the tribunal decided in favor of the investors. The final amount that the Canadian government must pay Clayton/Bilcon is still pending.

A similar ISDS case under review is Lone Pine Resources Inc v Government of Canada. In 2011, the Government of Quebec passed Bill 18, titled “An Act to Limit Oil and Gas Activities”. The Bill was passed in response to public outcry regarding a number of environmental studies on the significant risks of hydraulic fracturing (“fracking”) under the St. Lawrence River. Because of the Bill coming into force (and Quebec’s broader moratorium on fracking), all exploration licenses were revoked. Lone Pine Resources Inc., whose subsidiary had planned on fracking for shale gas under the River, submitted an ISDS claim against Canada under NAFTA. It is claiming US$118.9 million in compensation for lost profits and damages. The merits of the case are currently under review by a tribunal.

The above cases highlight the risks and roadblocks that governments may encounter if they decide to pursue progressive environmental policies that conflict with their current international trade and investment agreements. According to the same CCPA study, Canada currently faces eight active ISDS cases with claims up to $475 million in damages. These claims, if successful, threaten to bear a continued burden on taxpayers. In addition, the frequency and cost of these claims raise concern that future policy initiatives may be “chilled” (or modified) by governments who fear additional ISDS claims.

An example of this “chilling” effect is reflected in the ongoing debates on the expansion of pipelines and extractive industry throughout Western Canada. If the provincial or federal governments decide to reject the continued expansion of pipelines, or decide to shift their focus from the extractive industry to renewable alternatives, there may be cause for future ISDS claims. What this means in practice is that Canadian governments will have to determine whether the benefits of pursuing climate action outweigh the potential costs they could face under their existing international trade and investment agreements. This can place governments, and people affected by these policies, in a difficult position. Indeed, it has already been argued that the Liberal government’s recent $4.5 billion purchase of the Kinder Morgan pipeline was at least in part to due to fears that continued stalls on the project could lead to costly ISDS claims.

… ISDS can impact a state’s ability to make policies on climate change, leaving governments to manage competing investment and environmental obligations.As recently shown south of the border, these fears are valid. In 2016, TransCanada submitted a NAFTA claim against the United States government. After the highly publicized protests of the Keystone XL pipeline’s potential impacts on the environment and Indigenous peoples in the region, then-President Barack Obama suspended the pipeline expansion project. In response, TransCanada began an ISDS claim, seeking $15 billion in compensation. The ISDS claim was later suspended, but only after the Keystone XL project was approved by the newly-elected President Donald Trump. These examples show vividly how the threat of ISDS claims can influence, and may continue to influence, government policy decisions in contentious areas of public concern.

Conclusion: Balancing the demands of globalization with climate action

Canada’s experience with ISDS through NAFTA is informative, but not necessarily unique. In the past decade alone, there have been 655 ISDS cases initiated by foreign investors worldwide. Many of these claims have involved some of the most vulnerable states in the world, and many have been in response to government policies concerning the environment. This should raise concern about the impacts that ISDS might have on future climate action.

To respond, governments that are attempting to address the demands of globalization through policies aimed at encouraging international trade and investment should reconsider including ISDS within their future investment and trade agreements. If governments are to make meaningful advances on addressing climate change in the near future, continuing with “business as usual” in international trade and investment agreements is no longer possible. As shown above, the potential risks of doing so are too great.

There is some recent evidence that these risks are being acknowledged. Some of Canada’s recent international trade and investment agreements, such as the Comprehensive Economic and Trade Agreement and the Comprehensive and Progressive Agreement for Trans-Pacific Partnership, provide “carve outs” aimed at allowing policy space for environmental regulation. Further, while still not ratified by all parties, the “new NAFTA” (referred to as the United States-Mexico-Canada Agreement) proposes to remove ISDS entirely from its treaty text. These actions represent steps in the right direction.