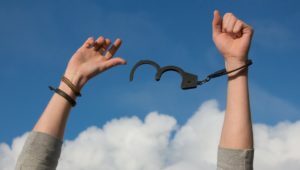 The year 2020 has been a time of great rupture and adversity. Around the globe, we have seen the rise of a large number of authoritarian, hard-right rulers who have demonstrated contempt for democratic values. Their actions have seriously undermined the fundamental rights of their own citizens, and demonstrated a callous disregard for refugees and stateless individuals. It is nonetheless a time when some in the legal community have remained steadfast in their commitment to the rule of law and to the rights of their clients.

The two brilliant human rights lawyers whose work I would like to highlight are British solicitor Gareth Peirce and Guatemalan human rights lawyer and activist Renata Avila. Both have represented and continue to represent Julian Assange in his case recently argued in an English court. The court will render its decision in January 2021 on his extradition to the U.S.A. Experts are referring to this case as the most significant challenge in a western nation in our lifetimes to the freedom of the press.

Gareth Peirce is described as shy and opposed to publicity focussing on her accomplishments. Nonetheless, she is acclaimed as a brilliant and unrelenting human rights defender, who has been at the centre of some of the greatest legal fights of the past half-century to prevent or overturn injustices.

I treasure Peirce’s 2010 book, Dispatches From the Dark Side: On Torture and the Death of Justice, as a clear-eyed account of the mistreatment of suspects in the Bush/Blair War on Terror declared after the 9/11 attack. Peirce begins her book with the inspiring account of John Lilburne’s quest to maintain his rights in the face of oppression.

Peirce first came to prominence here in Canada with the release of Jim Sheridan’s 1993 film In the Name of the Father.Lilburne was an uncompromising Puritan who faced imprisonment on trumped up charges. He was brought before the dreaded Court of Star Chamber in England in 1637. Despite mounting pressures, Lilburne insisted on his right not to incriminate himself and the right to the basics of due process in the proceedings. He was a member of the radical group of Levellers who sought to remake English society based on equality. Lilburne endured two and a half years in the Fleet Prison – tortured, gagged and kept in solitary. The revolutionary Long Parliament largely vindicated his struggle for justice when they met in 1642. Its first act was to set him free, then to abolish the Star Chamber and finally, to adopt a resolution that Lilburne’s sentence was “illegal and against the liberty of the subject, and also bloody … barbarous and tyrannical.”

Pierce’s series of essays draw inspiration from Lilburne but also point to the shocking reality that we must fight anew to protect these fundamental rights in the 21st century. Many of the accused she helped defend were vulnerable Irish workers in Britain, during an era of hysteria on the part of officials and the public provoked by the actions of the IRA. She connects her clients’ plight to the situation of Muslims and Arabs in Britain post-9/11. These individuals have become the new ‘Irish’ to an often callous and indifferent government.

Peirce first came to prominence here in Canada with the release of Jim Sheridan’s 1993 film In the Name of the Father. The film is a docudrama, which uses some fictional elements to highlight complex legal proceedings. A small group of Irish men and women working as casual labourers in London are arrested for the horrific bombing of the Guildford Pub (in Surrey, just outside of London). Sheridan bases the Pierce’s series of essays … point to the shocking reality that we must fight anew to protect these fundamental rights in the 21st century.film on the memoir of one of these wrongly convicted individuals, Gerry Conlon. Conlon, played by Daniel Day-Lewis, was to serve 15 years for a crime he had no connection to whatsoever. Without unwavering belief in his innocence and voracious efforts to establish the truth about what the court determined to be coerced confessions, Conlon and the rest of the “Guildford Four” may never have been exonerated. Peirce is convincingly played by Emma Thompson (director Sheridan employed dramatic license to transform Peirce from investigating solicitor into a barrister, the better to dramatize the mighty effort to achieve a measure of justice). The film paints a sombre picture of the reality of prison life for Gerry and for his father, Giuseppe, who dies after 5 years in prison for a bombing he could not conceivably have been a part of.

Peirce went on to represent many others and succeeded brilliantly in overturning a number of convictions or military detentions. As the hardworking counsel outlines in her book, many of these cases involved members of the new “suspect community” in Britain – Muslims and Arabs. In her experience, “once you’ve made a community suspect, almost anything goes.”

One of the other counsel representing Assange is the young Guatemalan human rights lawyer and digital activist, Renata Avila. Avila has had a number of high profile cases and has worked on a number of vital justice initiatives in the global south. She currently resides in Berlin and works for the World Wide Web Foundation, directing the Web We Want initiative. This aims to promote a positive, human rights-oriented agenda for internet users. The foundation promotes legal and policy reform particularly for countries in Central and Latin America and elsewhere in the global south. Avila is a regular legal advisor on diverse human rights issues, under the guidance of former Spanish justice Baltasar Garzon Real.

A concise summary of Avila’s position and the urgent need to defend Assange is found in her essay “Who is Julian Assange and What did WikiLeaks Do,” in the book In Defence of Julian Assange.One of Avila’s most significant assignments was the universal jurisdiction case, on behalf of Rigoberta Menchu Tum (the Nobel Peace Prize winner) and other victims in the Guatemalan Genocide case before courts in Spain. Renata has also worked with the Citizens Lab project at the Munk School of Global Affairs, University of Toronto. There she researched the dark impact various surveillance technologies can have in developing countries, including countries particularly impacted by the “war on drugs”.

One gets a sense of the accomplishments and concerns of Avila in a book she co-edited, Women, Whistleblowing and WikiLeaks. The book recounts the valuable work WikiLeaks has done in revealing the full extent of government malfeasance. A concise summary of Avila’s position and the urgent need to defend Assange is found in her essay “Who is Julian Assange and What did WikiLeaks Do,” in the book In Defence of Julian Assange.

In these dark days, as alluded to in Peirce’s book (and a CBC Ideas episode on her, “Human Rights Under Attack: Gareth Peirce on the New Dark Age”), we must seek places of hope. Two such places are in the continually unfolding human rights work of these remarkable women, Gareth Peirce and Renata Avila.