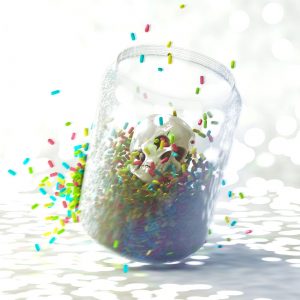 Over the past few years, there has been a profound increase in the number of deaths associated with problematic opioid use in Canada. From the beginning of 2016 to mid-2018, there have been over 10,300 opioid-related deaths. And according to Statistics Canada, the national life expectancy at birth did not increase from 2016 to 2017 for either males or females. This is the first plateau in over four decades, and the government largely attributes the opioid crisis. Although this phenomenon is concentrated in Western Canada, with British Columbia declaring a health emergency over the matter, problematic opioid use and deaths resulting from such use is a nation-wide problem.

The background behind this current crisis is a complex, multi-faceted topic. However, one significant contributor to the alarming increase of opioid-related overdoses is illegally produced fentanyl and fentanyl analogues, which are highly toxic and mixed into other illegal drugs – often unknowingly to would-be purchasers. (Government of Canada, “Government of Canada Actions on Opioids: 2016 and 2017”.)

Parliament’s second major legal response to the opioid crisis is the Good Samaritan Drug Overdose Act, which it passed in May 2017. In 2016, in an effort to better combat the opioid crisis, the Government of Canada replaced the National Anti-Drug Strategy. Its approach to problematic opioid use relied heavily on enforcement measures. The new Canadian Drugs and Substances Strategy, which takes an evidence-based public health approach to addiction and problematic substance use, replaced it. This new government strategy is grounded in cooperation between stakeholders and is premised on four pillars: prevention, treatment, harm reduction, and enforcement.

Parliament’s legal response to the opioid crisis, keeping these pillars in mind, is found in two key pieces of legislative action:

Now, border officials can open small packages they suspect contain illegal substances, such as opioids, where there are reasonable grounds to suspect the package contains them.In addition to making it easier to establish supervised consumption sites, Bill C-37 introduced a variety of other important amendments to the CDSA. Section 60.1 of the CDSA now allows the Minister of Health to control new and dangerous substances that are not subject to the CDSA for a temporary period of one year if there are reasonable grounds to believe that the substance poses, or may pose, a significant risk to public health or safety. During this period, the substance is thoroughly reviewed and can be made permanently subject to the CDSA. This revision allows Parliament to respond promptly to emergent substances that pose substantial risk to public health compared to the traditional process of regulation-making (in section 60 of the CDSA).

Bill C-37 also repealed sections of the Customs Act and the Proceeds of Crime (Money Laundering) and Terrorist Financing Act. These Acts prohibited officers from opening imported or exported mail that weighed 30 grams or less unless they obtained the consent of the sender or the individual addressed on the package. Now, border officials can open small packages they suspect contain illegal substances, such as opioids, where there are reasonable grounds to suspect the package contains them. Additionally, Bill C-37 amended the CDSA to prohibit the importation of devices such as tablet presses and encapsulators unless these devices are registered. By doing so, Parliament is attempting to make it more difficult for illegal drug manufacturers to produce opioids which may contain fentanyl.

… problematic opioid use and deaths resulting from such use is a nation-wide problem.Parliament’s second major legal response to the opioid crisis is the Good Samaritan Drug Overdose Act, which it passed in May 2017. This Act amends the CDSA to offer protection to individuals experiencing or witnessing an overdose. It exempts those who seek emergency medical or law enforcement assistance from charges of possession or charges relating to the violation of certain conditions or orders. The purpose behind the legislation is to prevent fatalities by encouraging those at the scene of an overdose, or those experiencing an overdose, to seek emergency assistance without fear of legal consequence. However, reports indicate that many people are still afraid to phone emergency services. This is because the law does not protect them from charges relating to outstanding warrants, drug production and trafficking, and it does not protect against police harassment and questioning.

While much needs to be done in order to effectively combat problematic opioid usage, it is promising to see legislative action focused on providing treatment and preventing overdoses by encouraging individuals to reach out for emergency help.

Ryley Schmidt is a law student at the Faculty of Law, University of Alberta and a volunteer with Pro Bono Students Canada.