You are here: Home / Special Report / 41-2: The Law in a Challenging Economy / Legal Responses to the Financial Crisis of 2008 in Canada, the U.K. and the U.S.
Reading Time: 5 minutes 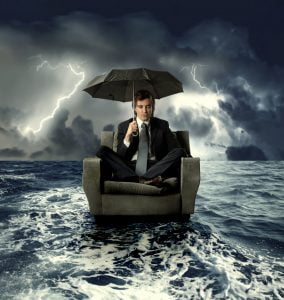 Stock tickers with downward arrows. Index charts and monitors evincing the value lost by public companies and currencies overnight. These were scenes familiar to those who worked on Wall Street, the City, and other global financial centres in 2007 when the financial crisis began in earnest. But beyond the corporate towers of the business sector, the crisis also had a human impact. The queues at bankruptcy court grew longer as more and more individuals received notices of impending layoffs or faced foreclosure of their homes. The word “recession” became normalized in conversations in boardrooms, at dinner tables, and ultimately, in parliaments as legislators moved to address the resulting uncertainty.

The response to the global financial crisis illustrates the dual utility and flexibility of the law: it can be employed both as a tool to constrain (by means of financial regulatory reform) and encourage (by means of fiscal policy) certain behaviour.If there’s anything that swells the size of the statute book, it’s a financial crisis. Volumes of primary and secondary legislation were enacted to address its repercussions. A brief look at these laws reveals much about the crisis itself, including its perceived causes and the means by which governments attempted to alleviate its impact on their citizens.

The financial services sector was subject to sweeping reforms, which was particularly significant for firms headquartered in New York and London. In the United States, the Dodd-Franck Act survived through numerous revisions in Congress and became law in 2010. Across the Atlantic in the United Kingdom, Parliament passed various bills which include, amongst others, the Financial Services Act 2012 and the Financial Services (Banking Reform) Act 2013. While the primary legislation in both countries set out the general parameters for reform, an explosion of administrative law instruments setting out the detail of the changes also took place. The resulting legislative landscape is complex, although there are common themes to the reforms enacted in various jurisdictions.

One fundamental concern was addressing systemic risk. The collapse of banks like Lehman Brothers or Northern Rock illustrated how certain triggers could easily have a contagion effect given the interdependency of the financial sector and the broader economy. One issue was that, prior to the crisis, the supervisory infrastructure had been fragmented and ineffective. Regulators had divided responsibility and authority, and a lack of oversight meant that they failed to read the warning signs. Moreover, the development of certain financial products in the shadow banking sector meant that regulators had a blind spot to risky activities in In the U.S., Congress expanded eligibility and funding for entitlement programmes, including unemployment insurance and Medicaid and Medicare. certain investments, which fuelled the crisis. As a result, legislative reforms sought not only to create new bodies to address these previously unregulated financial activities, but also to consolidate various agencies and encourage further co-operation and communication. In the U.S., an overarching body known as the Financial Stability Oversight Council was established to identify systemic risks. New agencies extended government control over mortgage products, insurance and consumer protection. In the U.K., a restructuring of the supervisory infrastructure led to the creation of the Financial Conduct Authority (FCA), succeeding the Financial Services Authority (FSA). While the change from FSA to FCA may at first glance appear to be merely cosmetic, the new FCA is intended to have greater enforcement and policing powers than its predecessor. In addition, the Prudential Regulation Authority was established as a division of the Bank of England, ensuring that banks held sufficient capital and liquidity and promoting the stability of the financial system.

.. Canadian institutions relied on a less risky business model compared to their counterparts elsewhere, meaning they were less exposed to toxic assets like mortgage-backed securities.

This expansion of government authority was an acknowledgement that there had been insufficient attention to the risk profile of financial institutions. Years of economic liberalism and financial liberalization had resulted in new, complex investments and greater risk-taking, influenced heavily by favourable macroeconomic factors in the years before the crisis. One proposed solution in the U.K. was the introduction of “ringfencing”, which required banks to separate their investment and retail arms. The rationale was that this separation would protect consumers, as it would lessen the impact on the public should there be a failure of the riskier parts of the business. Similarly, the Volcker Rule in the Dodd-Franck Act prevented banks from engaging in the trading of certain asset classes such as securities or derivatives, using the same rationale.

In contrast to these jurisdictions, the Canadian response was much more muted when it came to financial regulatory reform. Canadian financial institutions weathered the storm with greater resilience, partly due to the strength of Canada’s banking system. A central regulator, the Office of the Superintendent of Financial Institutions (OSFI), had primary responsibility for oversight, and Canadian banks were subject to strict regulatory requirements concerning capital adequacy and financial instruments. In addition, Canadian institutions relied on a less risky business model compared to their counterparts elsewhere, meaning they were less exposed to toxic assets like mortgage-backed securities.

One fundamental concern was addressing systemic risk. Although legislation sought to address the underlying causes of the crisis, there was also a need to address the immediate issues on the ground. Governments announced varying fiscal measures to address concerns about unemployment, decreased appetite and funds available for investment, and increasing pressure on benefits and other social programmes.

A common response was the start of significant deficit spending to stimulate the economy. For example, the Canadian government’s Economic Action Plan allocated funds for infrastructure projects and other investments across the country. This public expenditure also had the added effect of promoting job growth to tackle growing rates of unemployment. Both individual and corporate tax rates were cut, and various credits and incentives developed, in order to encourage spending. Expansion of the social safety net was also common. In the U.S., Congress expanded eligibility and funding for entitlement programmes, including unemployment insurance and Medicaid and Medicare. These changes to fiscal policy were enacted to alleviate the impact on citizens who, despite being far removed from the world of corporate banking and finance, suffered from the adverse results of its collapse during the financial crisis.

The word “recession” became normalized in conversations in boardrooms, at dinner tables, and ultimately, in parliaments as legislators moved to address the resulting uncertainty.

The response to the global financial crisis illustrates the dual utility and flexibility of the law: it can be employed both as a tool to constrain (by means of financial regulatory reform) and encourage (by means of fiscal policy) certain behaviour. However, it is too early to tell whether or not the measures adopted are ultimately successful – in fact, a number of the reforms have yet to come into force. There is criticism that the legal reforms are insufficient to address the underlying risks and that the gaps leave much to be desired. Others are wary of the significant public spending which has accompanied the crisis, suggesting that this may well precipitate a further crisis down the line. While many countries are showing promising signs of growth, global economic recovery still is fragile and vulnerable to further shocks. If events such as the Brexit vote in the U.K. are of any indication, the spectre of further legal reform in cases of economic difficulty is still a topical consideration.