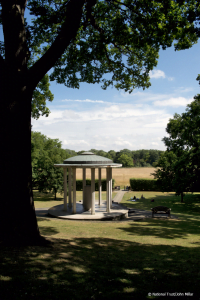 The Magna Carta of 1215 is one of the most significant historical documents in the English speaking world. The Great Charter marked the first instance of a King being compelled to accept a list of terms drafted by his subjects. In 1770, British Prime Minister William Pitt the Elder described the Great Charter as “The Bible of the English Constitution” and the full document remained on the national Statute Book until the passing of the Law Reform Act in 1863.

Within months of affixing his seal to Magna Carta, King John appealed to Pope Innocent III to be released from the terms of the Charter. As Great Britain developed an Empire that spanned across the globe, British common law shaped the development of modern commonwealth nations, including Canada. Magna Carta’s guarantee of individual liberties contributed to the development of the American Constitution. Today, three key clauses from Magna Carta remain in force in the United Kingdom: the freedom of the English Church, the “ancient liberties” of the City of London, and the right to due process.

In 1215, however, King John’s rebellious barons were not setting out to remake the English political and legal systems. There was a consensus that the King had pushed his traditional prerogatives too far and infringed on the accepted right of the nobility. The Great Charter unified rebels with differing interests. King John’s predecessors had all battled rebels who sought to place another member of the royal family on the throne. Magna Carta was the rallying point for the first English rebellion in the name of ideals.

The Making of a Controversial King

John was not born to be King. At the time of his birth at Beaumont Castle in Oxford on Christmas Eve in 1166, his parents, King Henry II of England and Queen Eleanor, Duchess of Aquitaine already had three surviving sons and three daughters in addition to Eleanor’s two daughters from her first marriage, to King Louis VII of France. By 1166, Henry had already made plans to divide the vast Anglo-French Angevin Empire between his three elder sons.

Although the modern constitutional monarchy did not develop in England until after the Glorious Revolution of 1688, there were accepted limits on a medieval King’s authority. According to Henry II’s vision, the eldest son, known as Young Henry, would inherit England and Normandy from his father. The second son, Richard, would succeed his mother in Aquitaine. The third son, Geoffrey, would receive Brittany by marrying its young heiress. The King’s subsequent attempts to provide for his youngest son by giving him lands and castles previously promised to his elder sons became a major source of conflict within the royal family. Young Henry, Richard and Geoffrey all rebelled against Henry II, seeking influence over the governance of their intended territories. This warfare and treachery within the royal family may have shaped John’s approach to leadership, influencing his eventual opportunistic relations with his English barons as King.

After Young Henry died of dysentery in 1183 and Geoffrey died after falling off his horse in a tournament in 1186, the King expected Richard to cede part of his inheritance to John. Richard had other ideas. When it became clear that Richard would prevail with the assistance of King Philip II of France, John switched sides, leaving his dying father cursing the treachery of his sons. When Richard I “the Lionhearted” became King in 1189, he made clear that he too did not trust John’s loyalty. Before leaving on the Third Crusade, Richard declared that Geoffrey’s posthumous son, Arthur of Brittany was heir to the throne, and forbade John from visiting England for three years.

While Richard was on crusade, John allied himself with Philip II and invaded Normandy. Richard quickly defeated this revolt once he returned from the Crusade and subsequent imprisonment by the Holy Roman Emperor. John lost all his lands and revenues except those in Ireland, a situation that compelled him to provide loyal service to Richard until Richard’s death from a crossbow wound in 1199. John had a lingering reputation for treachery and double dealing but as an adult male with military experience, he attracted more supporters for his claim to the throne than his teenaged nephew, Arthur of Brittany.

King John was the great-grandson of William the Conqueror and the younger brother of King Richard the Lionheart.

Although the modern constitutional monarchy did not develop in England until after the Glorious Revolution of 1688, there were accepted limits on a medieval King’s authority. At his coronation as King of England in 1199, John swore to observe peace, honour and reverence towards God and the Church, provide justice and equitable treatment for his subjects and keep good laws. In return, the one hundred and sixty five barons at the time of the King’s ascension were obliged to contribute military service and revenue for the crown. The King could demand noble hostages to ensure that the barons met their obligations to the crown and dictate the remarriage of widowed and orphaned heiresses.

Today, three key clauses from Magna Carta remain in force in the United Kingdom: the freedom of the English Church, the “ancient liberties” of the City of London, and the right to due process. Within a few years of King John’s ascension, it was clear that he was unwilling to respect the informal limits on his authority or the rules of chivalry that governed thirteenth century warfare. After a brief war for control of the Angevin Empire’s continental possessions, John captured his nephew Arthur in 1202, sending him to Rouen in the custody of a trusted Baron, William de Braose. Rather than coming to terms with an adversary, John decided to eliminate Arthur. According to the Margam Annals, “After King John had captured Arthur and kept him alive in prison for some time, at length, in the castle of Rouen, after dinner on the Thursday before Easter [1203], when he was drunk and possessed by the devil, he slew him with his own hand, and tying a heavy stone to the body cast it into the Seine.” Like the Princes in the Tower nearly three hundred years later, Arthur simply disappeared, allowing rumours to circulate about the involvement of his uncle in his demise.

After Arthur’s disappearance, John’s barons were reluctant to allow their family members to be delivered to the King as hostages. When John demanded that William de Braose send his eldest son to court in 1208 as surety for a debt of five thousand marks, William’s wife, Maud, protested that “she would not deliver her children to a king who had murdered his own nephew.” In response, John confiscated William’s lands and castles along the Welsh border and took Maud and her son prisoner, leaving them to starve to death in a dungeon.

William de Braose’s fellow barons were horrified at what they perceived as John’s unjust and disproportionate response to William’s debts and Maud’s accusations. The fate of the de Braose family inspired the thirty-ninth clause of Magna Carta “No man shall be taken, imprisoned, outlawed, banished or in any way destroyed, nor will we proceed against or prosecute him, except by the lawful judgement of his peers or by the law of the land,” the right to due process that remains part of British law to the present day.

The Death and Rebirth of Magna Carta

By 1215, the increased military and financial obligations that John imposed on his English barons in attempt to regain his continental possessions had provoked open rebellion. Philip II had long exploited divisions within the English royal family to his own advantage and he saw the conflicts between John and his barons as an opportunity to expand France at the expense of the Angevin Empire. By 1205, John had lost Normandy, Anjou and Poitou, retaining only Aquitaine. John’s 1215 campaign was a notable failure, ending in defeat at the Battle of Bouvines and an unpopular truce that obliged John to pay compensation to Philip.

Since John’s eldest son, Henry was only eight years old in 1215, the rebels could not rally behind the leadership of an alternate ruler. In these circumstances, Magna Carta emerged as a symbol of a uprising based on ideals. At first, this new form of rebellion appeared unsuccessful. Within months of affixing his seal to Magna Carta, King John appealed to Pope Innocent III to be released from the terms of the Charter. Although John had been in conflict with the Papacy for much of his reign, the Pope agreed to disavow the Charter because it negated a previous agreement that stated that he was the King’s feudal Lord. Within months of the historic meeting between John and his barons in Runnymede Meadow on June 15, 1215, the Great Charter had been abandoned by both sides. Once the Pope had released King John from the terms of the Charter, it was of little use to the English nobility. After decades of mistrust between John and his barons, few were interested in refining Magna Carta into a more lasting agreement.

With the outbreak of the First Baron’s War in the fall of 1215, the English nobility returned to the traditional form of rebellion, inviting Prince Louis of France, the husband of John’s cousin, Blanche of Castile, to invade England. It was the sudden death of King John on October 18, 1216 from dysentery following “a surfeit of peaches and cider” that revived Magna Carta. The ascension of King Henry III at the age of nine allowed for a regency by one of the barons, William Marshall, who respected the traditional prerogatives of his fellow noblemen. The child king’s ascension was in keeping with the third, fourth and fifth clauses of Magna Carta, which guaranteed the inheritance rights of minors. In these circumstances, support for Prince Louis collapsed in England and Henry III began a fifty-six year reign shaped by the terms of the Great Charter of 1215.

This article was first published at magnacartacanada.ca .

Dr. Carolyn Harris is a historian based in Toronto, Ontario, Canada. She currently teaches history at the University of Toronto, School of Continuing Studies and is the author of "Magna Carta and Its Gifts to Canada". Carolyn blogs about the historical context for current royal events at www.royalhistorian.com