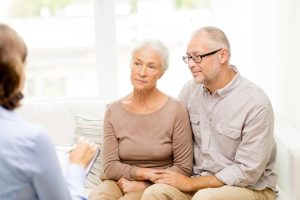 President Donald Trump consistently makes the news, though more often it seems for comments an elected leader with sounder judgment would not be making. Furthermore, among the many outrageous statements that have left people scratching their heads, there have also been moments caught on camera throughout the Trump presidency that have led many to speculate about the state of the President’s mind.

Although elderly clients may have the capacity generally to make decisions about their personal affairs or to make a will, such capacity may vary not just from day to day but even throughout the day such that moments of confusion may occur, for example, when the person is tired.

Various video clips of the President appearing dazed and temporarily lost have been viewed by many around the world. Among the more noteworthy, the President wanders away from a photo-op with Israeli Prime Minister Netanyahu, leaving Netanyahu looking awkward before an aide directs the President back to shake his hand and pose for a photo. In another clip, the President descends from Air Force One and wanders down the tarmac away from the waiting presidential limo before an aide gently directs him back toward his waiting ride.

Of course, nobody from the most powerful among us to those of us from a more modest station in life is immune from the effects of aging. As we age, not only do our bodies slow down and deteriorate but so do our minds; even those of us lucky enough to escape the effects of senility, dementia, stroke, or depression. In this article, I will discuss the issue of mental capacity in two contexts: 1) the capacity to make a will or to give instructions to a lawyer for drafting a will; and 2) the capacity to make daily decisions about personal care and health, and to manage one’s financial affairs. Essentially, capacity refers to a person’s ability to understand the consequences of one’s choices and actions. However, as will be explained, what constitutes capacity in a will-making context is not the same as the capacity to make decisions concerning personal care, health and managing one’s financial affairs. This article will address these areas in general terms only as a thorough discussion of the complexities arising in these areas is beyond the scope of a brief article.

The question of whether a testator has testamentary capacity is a legal one. For purpose of simplicity, the term testator (the person who makes a will) is used to refer to either gender. In Alberta, the requirements pertaining to making a will are set out in the Wills and Succession Act, SA 2010, c. W-12.2 (referred to after as “the Act”). One of the requirements for making a valid will is that the testator must have the mental capacity to do so. However, the Act does not define mental capacity so lawyers and judges have had to look to case law. In English-speaking legal circles, the classic, leading case about mental capacity to make a will (the term testamentary capacity is the more precise legal term) is Banks v Goodfellow (1870), LR 5, QB 549. This 19th century United Kingdom decision stands for the proposition that a testator’s freedom to say how her/his property should be given away after death is so fundamentally important that unless evidence can be produced by somebody challenging the Will afterwards that the deceased lacked capacity when s/he made the will, a court will uphold the will’s validity. (This assumes there was no undue influence on the testator, a discussion of which is beyond the scope of this article.)

One of the requirements for making a valid will is that the testator must have the mental capacity to do so. The question of whether a testator has testamentary capacity is a legal one. In other words, although a physician’s opinion regarding whether a patient has the capacity to understand the nature of her/his assets and how they should be doled out after death would be given weight by a court, it is just one bit of evidence and certainly not the determining one. On the other hand, the opinion of the lawyer who drafted the will is of far greater significance such that all notes the lawyer made regarding the nature of the testator’s property and the lawyer’s observations regarding the testator’s state of mind during meeting(s) with her/him will be closely scrutinized. The legal test for testamentary capacity, though far from being an exact science, does include certain basic characteristics though, i.e. the testator must understand what s/he is doing at the signing of the will; must have at least a general idea of the nature of her/his assets and their value; and know who her/his beneficiaries are and the nature of their relationships with the testator.

In contrast to the legal question regarding testamentary capacity, the question as to whether an elderly client has the mental capacity to make reasonable decisions regarding daily maintenance of a household, individual care, decisions as to health care and management of financial affairs is a medical one.

We all move a little slower the older we get. We also may tire more easily at certain parts of the day so that we may have momentary bouts of confusion that impair our ability to make decisions at those fixed points in time that are not, however, ongoing; these momentary periods of impaired decision-making are known as sun-downing. However, if it becomes increasingly, painfully evident to people within an elderly person’s circle of care (a spouse, friends, adult children, relatives, attending physicians, even a lawyer of long-standing association) that the person is unable to maintain their household properly, failing to take prescribed medications regularly, spending money recklessly, or showing erratic behaviour that presents a danger to her/himself and/or others, then it may be time for somebody to assume responsibility for decisions regarding the care and financial affairs of that elderly person.

In Alberta, the Adult Guardianship and Trusteeship Act, SA 2008, c. A-4.2 (referred to after as “the AGTA”) sets out the process by which a guardian may be appointed to look after an elderly person’s daily needs (including making decisions regarding health care) and/or a trustee appointed to look after an elderly person’s financial affairs (paying household bills, maintaining the house, doing the banking, etc.). Usually it is a spouse, family member or close friend who steps forward and provided there is consent from anyone who should be given notice of the process, applies to Queen’s Bench Surrogate Court for an order of appointment to be guardian and/or trustee, depending on the state of mental capacity of the elderly person. Where there is no such person in the elderly person’s life or such person declines to act, the provincial Office of the Public Guardian and Trustee may step forward to act.

In either scenario, the AGTA requires that such an appointment can only be made following an independent assessment of the elderly person’s mental capacity. This capacity assessment is done by a capacity assessor who has received specialized training; the list of provincially approved and regulated capacity assessors includes physicians, psychiatrists, psychologists and social workers. Two things must be stressed here: 1) none of the professionals identified in the preceding sentence are designated capacity assessors because they are designated, licensed professionals per se – they must have received special training; and 2) the appointment of a guardian and/or trustee under the Act is not simply for elderly persons who have been found to lack capacity to look after themselves and/or their finances. Examples of other persons who may need guardians and/or trustees include people suffering serious psychiatric disorders such as schizophrenia or mentally handicapped people. However, a comprehensive discussion of who may need guardians and/or trustees is beyond the scope of this article.

As we age, not only do our bodies slow down and deteriorate but so do our minds; even those of us lucky enough to escape the effects of senility, dementia, stroke, or depression. In conclusion, the testamentary capacity to make a will is a legal assessment whereas the mental capacity to look after one’s daily affairs, health care and finances is a medical assessment. Both engage different sets of considerations and criteria for analysis. In any event, lawyers and other professionals involved with the affairs of elderly people must exercise diligent care in the pursuit of their responsibilities and not base their decisions on fleeting, superficial observations. Although elderly clients may have the capacity generally to make decisions about their personal affairs or to make a will, such capacity may vary not just from day to day but even throughout the day such that moments of confusion may occur, for example, when the person is tired.

Lawyers working with elderly clients, who must make important decisions regarding their health or how to dispose of their property after they are gone, face a particularly difficult challenge. They must be extra observant, extra diligent and take extra care to thoroughly document all their interactions with their elderly clients. The challenge for lawyers practicing Elder Law can be stated in these terms: to what extent should a lawyer balance the need to respect the dignity and right of elderly people to make independent, informed decisions about their affairs against the need to ensure that the interests of clients are protected if they seem unable to make rational decisions because of a debilitating condition or disease?