A Website of The Centre for Public Legal Education Alberta
You are here: Home / Feature Articles / 43-1: #MeToo Movement / #MeToo is a Movement, Not a Moment
Reading Time: 7 minutes 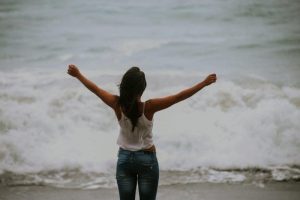 Photo by Ryan Moreno on Unsplash

For those contemplating the origins of the #MeToo movement and the current climate around sexual assault and harassment, they might remember October 11, 1991. On that day, a young, black female lawyer from Oklahoma and Yale law school graduate walked into a U.S. Senate Confirmation Hearing for federal district court judge Clarence Thomas. Mr. Thomas had been nominated to succeed retiring Associate Supreme Court Justice Thurgood Marshall on the U.S. Supreme Court.

A decade previous, Ms. Hill had been attorney-adviser to Mr. Thomas while he was Assistant Secretary at the U.S. Department of Education’s Office for Civil Rights. The following year, in 1982, Ms. Hill followed Mr. Thomas to the U.S. Equal Employment Opportunity Commission (“EEOC”), where she served as assistant to his Chair position before leaving the job in 1983.

Fast forward to that date in October 1991. Mr. Thomas’ nomination to the court had seemed unopposed, until reports surrounding FBI interviews with Ms. Hill were leaked to the press and his good character was thrown into question. The highly publicized Hearing was called, and Ms. Hill – at that point a University of Oklahoma law professor – was subpoenaed to testify regarding her allegations of workplace sexual harassment involving Mr. Thomas while he was her boss at both the Dept. of Education and the EEOC.

By all accounts, what Ms. Hill did next was nothing short of a sheer act of bravery in the face of debasing character assassination, thinly veiled challenges to her credibility, and a barrage of disbelief from the all-male Senate Judiciary Committee headed by then-Senator Joe Biden.

With poise and grace, Ms. Hill recounted in great detail – to roughly 20 million viewers across the country – the nature, extent and impact of Mr. Thomas’ sexual harassment: how he repeatedly asked her on dates while she was his assistant (to her repeated declines), how he used work situations to discuss subjects of a graphic sexual nature, and described to her his own sexual prowess while giving details of his anatomy.  Among the flood of victim-blaming, the Committee asked Ms. Hill to recount Mr. Thomas’ words verbatim from the previous decade, to explain why she thought Mr. Thomas was “behaving in this way,” and why she followed him from one department to the next if she was truly being harassed. She answered each question coherently, explaining the gist of his words, the impact of his behaviour and how she reluctantly stayed because she needed her job, highlighting the power imbalance in such working relationships.

Mr. Thomas also received the chance to testify, flatly denying all allegations of sexual harassment, and characterizing the proceedings as a “high-tech lynching for uppity blacks.” Camps became entrenched on either side, while the public watched in equal measures awe and horror. Ms. Hill’s critics subjected her to vilification, misogyny, vitriol and threats. She was accused of lying by those who opposed her, yet praised for her bravery by the millions of supporters who watched it all unfold.  An article from the 1992 NY Times Archives chronicles Irene Natividad, chairwoman of Working Women, explaining how in that moment, Anita Hill made sexual harassment “the great connector among women.”

Ultimately, Mr. Thomas was confirmed by a narrow margin of 52-48. On October 18, 1991 he assumed office as an Associate Justice of the U.S. Supreme Court, where he is currently the most senior and longest-serving justice in the history of the Court. To this day, Mr. Thomas’ credibility and the veracity of his outright denial remain unquestioned, even in the face of corroborating witness statements from those who had opportunity to observe his harassing behaviour.

Regardless of which side one picked to support, Anita Hill’s testimony catapulted the topic of workplace sexual harassment to the forefront, becoming a catalyst for national conversations around gender and the treatment of women at work. Ms. Hill’s testimony helped clarify the contours of inappropriate workplace behaviour and shone a spotlight on the inherent power imbalance between employers and their female employees. It spurred analyses around discriminatory language, unwanted contact at work, and offered women across the U.S.A. a mirror against which to examine their own lived experiences with harassment in solidarity.

In contradiction to her critics (who believed that Ms. Hill’s experience would forever deter women from coming forward or compel their silence), her brave testimony instead galvanized what came to be known as “The Year of the Woman” in 1983. Stemming from anger and disbelief, a passion for social justice and commitment to equal rights, women across the U.S.A. and their allies rallied, lobbied, marched and organized to effect concrete change. Their efforts made a lasting impact on America:

A momentous time, it was in essence, not the birth but the extension of a movement that had initially begun in 1975, when a group of women from Cornell University coined the phrase “sexual harassment” after the University denied employee Carnita Wood’s unemployment benefits claim. Ms. Wood had resigned after being touched inappropriately by her supervisor, and those witnessing the injustice felt compelled to name it. Subsequently, in 1979 feminist activist and legal scholar Catherine A. MacKinnon furthered the collective understanding by entrenching sexual harassment as a form of sex discrimination, thereby placing it squarely within the purview of anti-discrimination legislation under Title VII of the Civil Rights Act of 1964. Her influential work, “Sexual Harassment of Working Women,” offered more “radical” approaches to female sexual subjugation in the work context, and paved a ground-breaking legal foundation to effectively litigate these types of cases.

Hard-fought battles across legal, scholarly, political and socio-cultural terrains arduously wove their way up through Ms. Hill’s legacy and into 2006, where Tarana Burke first coined the phrase “MeToo.” There were no hashtags then, but Burke – a woman of colour and social activist who had created Just Be Inc., a non-profit organization – employed the concept as part of her work building solidarity among young black women. Burke and her counterparts knew all too well the heartbreaking prevalence of sexual harassment, and the ways in which structures of institutional power and workplace hierarchy were used to exploit the less vulnerable.

Grassroots movements at that time – prior to the dam truly breaking around sexual assault in 2017 – still fought in the trenches for justice for survivors despite widespread silence, complicity, and lack of accountability or transparency. Workplace policies existed but remained unenforced, women of colour and low-income women were forced to endure disgusting forms of sexual harassment in order to keep their jobs, and courts still allowed nearly-uninhibited challenges to the credibility of each complainant who chose to come forward. Women were speaking, but society was failing to hear them.

Immersed in today’s hopefulness for positive change, many supporters of the movement are confused. Much contemporary analysis around sexual assault and workplace harassment has focused on why today’s #MeToo movement was able to gain so much traction within the last 1-2 years. The advent of support for survivors of sexual assault and the dramatic “take-down” of powerful men has seemingly occurred overnight. This article points instead to the long trajectory of activism and advocacy leading to what is now being hailed as a watershed moment, a cultural reckoning, a “revolution of refusal” demanding uncomfortable self-reflection. The tweeting age allowed actress Alyssa Milano to hashtag Ms. Burke’s philosophy of “MeToo” over a decade later, using her prominence as a wealthy, attractive, white celebrity to make women’s rights advocacy more palatable and instantly accessible to millions. The irony is that people noticed and began to listen.

Profound change has occurred as a result, beginning with the downfall of Bill O’Reilly at Fox News and the brutal exposé around Harvey Weinstein. Tireless journalism with rigorous vetting, combined with social media, enabled the rapid spread of viral news to reach millions in real time. Media coverage detailed the intricate web of lies, power structures and underlings who turned a blind eye to the sexual harassment they were either facilitating or covering up; that which, for decades, had enabled the misogynistic treatment of women both in the workplace and beyond and allowed powerful men to act with impunity.

The success of the current iteration of the #MeToo movement stemmed largely from the initial support of celebrities, who have used their voices to elevate the platform of women’s rights through sharing their own experiences of exploitation or assault. We now better understand the dynamics of sexual harassment as an assertion of power and dominance, the ways in which these crimes affects one’s mental health and ability to come forward, and there are more mechanisms for redress in courts or the workplace if allegations are brought to light. In the Canadian context, pivotal sexual assault and harassment cases including CBC’s Jian Ghomeshi, York University student Mandi Gray and Soulpepper Theater Creative Director Albert Schultz have furthered conversations around the efficacy of our criminal and civil justice systems to adequately address these types of allegations. In 2017, Robin Doolittle’s revelatory piece of journalism, “Unfounded,” gathered data from 870 police forces and exposed the systemic biases and institutional barriers facing women who come forward to report sexual assaults within the criminal justice system, concluding that police dismiss 1 in 5 sexual assault claims as baseless. Importantly, Doolittle’s piece incorporated jaw-dropping statistics evidencing the barriers that exist, showing how far both our cultural and law reform efforts must travel to help women feel safe and believed when reporting.

The next phase of the #MeToo conversation rightly centers on where the movement goes from here. Catharine A. MacKinnon notes that this mass mobilization against sexual abuse through an unprecedented wave of speaking out in conventional and social media, “is eroding the two biggest barriers to ending sexual harassment in law and in life: the disbelief and trivializing dehumanization of its victims”. Gloria Steinem and others have pointed out the necessity of incorporating intersectional feminism into discussions around sexual assault and workplace harassment – a paradigm predicated upon the fact that individuals are host to myriad intersecting identities and that any combination of these may impact one’s vulnerability or access to privilege in society. Ms. Steinem notes how women of colour fought many of the battles to bring society to the point where even a faint hope of change was possible, and that “[t]o use (that) work without ensuring that this broken system is replaced with one inclusive of race, in addition to gender, is not partial victory, it’s complete failure”

Indeed, the movement will continue to benefit from uplifting the voices of those more marginalized survivors who work in precarious circumstances beyond Hollywood’s hills, or who embody a wider variety of sexual orientations and gender identities. Incorporating LGBTQ* and other unique perspectives will help move the narrative beyond a binary analysis of men sexually harassing women. Supporting local media sources will encourage the highest standards of journalism, voting to place women in positions of power and authority, and lobbying for law reform will continue to ensure our courts and legislation are reflecting back the changing cultural tide around accountability for sexual harassment and the perception of those who come forward.