A Website of The Centre for Public Legal Education Alberta
You are here: Home / Special Report / 45-1: The Law of Film / My Brain Needs a Rating System!
Reading Time: 5 minutes 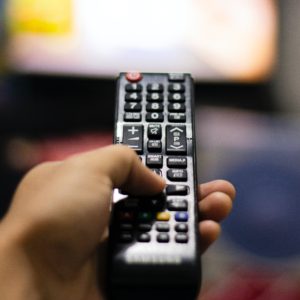 Photo by Ian Panelo from Pexels

In the past few months, lack of access to my regular activities has “forced” me to make significant behavioural changes to my daily routine. Some people may have taken the opportunity to get in better physical shape or learn a new language. I will be the honest voice and admit that I have mostly increased my consumption of movie and television products – besides baking bread, of course.

Regardless of what people might think, consuming media does not necessarily stop your brain from functioning! In fact, nagging questions kept popping up every time a new movie or a fresh episode would appear on my screen: Who rates this content? Why? How does it work for different platforms? Are there laws about the classification process? These highly existential questions launched a digging expedition to satisfy my own curiosity. My findings can perhaps answer queries you have secretly been harbouring in the back of your mind but were afraid to ask!

A movie rating – or classification – is a public notice that indicates what kind of content you can expect to see. It provides people with the information they need to make informed viewing choices for themselves and their children. This type of content evaluation is about protection rather than censorship.

The United States does not have laws governing the classification of films. The American film industry voluntarily participates in a rating system created by the Motion Picture Association of America (MPAA). We (Canadian viewers) typically see these indicators as we consume a lot of American entertainment products.

In Canada, there is no federal rating system but there are associations and provincial laws that create them. Classification for home videos is usually based on the Canadian Home Video Rating System (CHVRS). Provincial laws and regulations apply to theatrical classification. Only four provinces have actual classification authorities: British Columbia, Alberta, Québec and Nova Scotia. The other provinces and territories have agreements with one of these four boards to use their classification services.

I have just thrown a lot of organizations and acronyms at you, haven’t I? Essentially what you need to know is that there are different authorities and agencies for rating films. And each authority or agency has a slightly different way of labelling content.

There is no universal application of ratings for streaming services.For example, most places have a 14A rating for films suitable for children over the age of 14 with adult supervision. But in Québec, this rating is called 13+. It is also interesting to point out that the same movie might receive a different classification depending on where you are. For example – and this will show my age – the movie “Saturday Night Fever” is rated 14A in Alberta, 18A in British Columbia, G in Québec, and R in Nova Scotia as well as in the MPAA system. Incidentally, each of these websites provides a search feature that you can use to check on any movie. Give it a try, it’s fun!

This can be a bit confusing but the good news is that rating systems provide more comprehensive details than a mere age indicator. Their actual description of content is a lot more consistent so you get the best information by reading a little further instead of just relying on the code itself!

When it comes to legal implications, most provinces only impose classification on movies shown in theatres charging admission in that province. In Alberta, the Film and Video Classification Act says movie distributors must apply for a theatrical classification from the government for any given movie in order to get a license to show the movie. Failing to do that, or allowing admission without abiding by the classification (i.e. allowing a 10-year-old alone to see a 14A movie), could result in fines or even jail time. Of course, these instances would have to be uncovered either via an inspection or a specific complaint. So yes, a few people in Alberta have the job of watching entire movies and applying a rating to them! Public participation is also welcome! If you want to find out about the process in Alberta, you can venture to the Alberta Film Classification Office website.

That all being said, do you remember the last time you were in a movie theatre? These days, movie viewing happens primarily through “streaming” services. These services are not governed by provincial legislation or classification requirements. There is no universal application of ratings for streaming services. Each company compiles ratings from sources of their own choosing. So how do you know what the classification means? The key is once again to do some research. Even though streaming companies do not have to abide by the same rules, they still care about providing important viewing information.

When it comes to legal implications, most provinces only impose classification on movies shown in theatres charging admission in that province.Here is what I found out:

The good news about most streaming services is that they also allow for parental control features!

It is important to note that, in Canada, content broadcast over the internet does not require licensing from the Canadian Radio-television and Telecommunications Commission (CRTC). When it comes to offensive content, there are laws and industry-developed guidelines to deal with content generated in Canada. Your internet service provider’s “acceptable use policy” (you know, the small writing that we never read?) can provide more information about their standards. You can always report concerning content of an illegal nature to local police as well.

As I was emerging from the bottomless hole that is the internet, I noticed that different ratings are also used for video games through the Entertainment Software Rating Board (ESRB) … perhaps an article for another time? For now, I really need to replace my screen with some kind of natural environment (rated G) where I can find real rabbits prancing around in the daylight. Until next time!

Nathalie Tremblay, MEd, is the Education Design and Evaluation Specialist at the Centre for Public Legal Education Alberta.