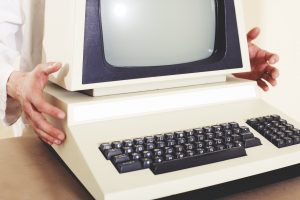 It is often said that the only constant is change. But some things move faster than others.

With 5G in the offing, few people now remember the days of dial-up internet and the non-profit groups that sprang up twenty or so years ago to offer access to the then-budding worldwide web. That, however, was the last time a Canadian federal court endorsed a specific broadening of the meaning of charity for Income Tax Act purposes.

There was a period in the 1980s and 1990s, when if you wanted to get online, chances were that you didn’t do so through one of the handful of major telecom providers so familiar these days. Access was through universities and colleges or through a series of local, largely volunteer, non-profit networks. (Dial-up, once you were online, required a somewhat longer attention span than is common these days.)

One of those network groups was the Vancouver Regional Freenet Association. After being incorporated as a British Columbia Society, it sought status as a registered charity. Initially turned down by the Department of National Revenue (predecessor to the Canada Revenue Agency), it appealed that decision to the Federal Court of Appeal. The case is known as: Vancouver Regional FreeNet Assn v MNR (FreeNet). The Court found that it did meet the criteria to be a registered charity because its purposes were comparable to those previously recognized as charitable in legislation and at common law.

Hugessen, J.A. held that the purposes of the Association were broadly to establish and encourage development of community communications resources. These purposes were similar to the support for physical public infrastructure – such as repair of bridges, ports, causeways and highways – referenced in the Statute of Elizabeth. Justice Hugessen wrote:

While I do not want to insist unduly on the analogy to the information highway, there is absolutely no doubt in my mind that the provision of free access to information and to a means by which citizens can communicate with one another on whatever subject they may please is a type of purpose similar to those which have been held to be charitable; it is within the spirit and intendment of the preamble to the Statute of Elizabeth.

As was confirmed in 1999 by the Supreme Court of Canada in Vancouver Society of Immigrant and Visible Minority Women (Vancouver Society), drawing analogies between purposes of contemporary groups and purposes previously held to be charitable is the appropriate way to develop the meaning of charity in Canada. Additional considerations, the Supreme Court held, should include whether the purposes fit within the classification scheme set out in the 1891 British decision in Commissioners for Special Purposes of the Income Tax v Pemsel and whether the purposes are within the “spirit and intendment” of the Statute of Elizabeth.

… drawing analogies between purposes of contemporary groups and purposes previously held to be charitable is the appropriate way to develop the meaning of charity in Canada.The law of charity is, famously, a “moving subject”. It is supposed to evolve with society and not be frozen in time. Community needs and norms frequently change, and it is important that the responses offered through charities adapt as well. In Canada, since there is no federal statutory definition of charity, it generally falls to the courts to update the meaning. Although there is potentially some authority for the Canada Revenue Agency (CRA), through its Charities Directorate, to accept novel purposes similar to those recognized in the past, the extent to which it can do this is unknown and has never been judicially tested. Because CRA decisions are not necessarily publicized and are not binding precedents, the need for guidance from the courts remains crucial.

As it turned out, however, neither Justice Hugessen drawing ingenious parallels between upkeep of brick-and-mortar transportation infrastructure and the maintenance of cyberspace widgets and wires, nor the Supreme Court essentially endorsing the methodology in the FreeNet case, was taken by the judiciary as a green light. In the two decades since the Vancouver Society and the nearly quarter century since the Freenet case, there has not been any significant broadening by the courts of what qualifies as charity under the Income Tax Act.

There has been some improvement around the edges. Notably, Justice Iacobucci’s extensive analysis in Vancouver Society of when educational endeavours can be charitable has widened the ambit for advancement of education purposes to be recognized by CRA. As well, there has been acknowledgement by the regulator of some societal changes (often paralleling what has been done in other jurisdictions). So, for example, purposes related to promoting racial equality have won favour.

In Canada, since there is no federal statutory definition of charity, it generally falls to the courts to update the meaning.But major change remains elusive. Tax policy considerations and other factors often come into play and militate against judges getting too creative with their analogies. In December, the Federal Court of Appeal denied an appeal by the Church of Atheism to overturn its CRA registration denial, because it need not meet the traditional criteria for religious purposes. Based on recent case law, prevention – as opposed to relief – of poverty also falls outside the scope of charity in Canada (at least federally).

In the face of the reluctance of other Federal Court of Appeal judges to embrace the bold approach taken by Justice Hugessen, and endorsed by the Supreme Court, one option is to change the venue for registration appeals. (The Senate in its report on a study of the charitable sector undertaken in 2018 and 2019 called for moving initial appeal jurisdiction to the Tax Court.) A second step would be to endorse or entrench in legislation the methodology for developing charity law laid out in Vancouver Society.

It is no doubt overly ambitious to expect charity law to keep pace with developments in the world of hi-tech. But exploring and finding new ways of doing things are as necessary – and worthwhile – in the voluntary sector as they are in other parts of society. Let’s hope, whether with more open attitudes among judges or with structural changes, we can improve on dial-up.