You are here: Home / Special Report / 41-2: The Law in a Challenging Economy / Paying Other People’s Taxes
Reading Time: 6 minutes 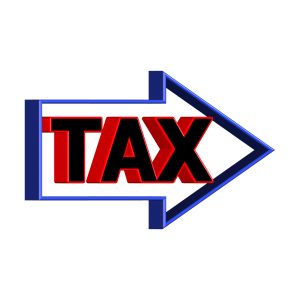 Keeping up with our tax obligations is challenging when times are good, and even more so when the economy turns.  Painful though it is to manage our own tax obligations, becoming liable for taxes actually payable by other people can cause even greater distress.

The Canada Revenue Agency (CRA) has amazingly broad collections powers bestowed upon it by the government, and it is in no way shy about using them.

Many of us are asked to serve as directors of incorporated entities, whether for profitable corporations or non-profit entities like charities.  Such service does not come without responsibilities, and the wise director will ensure they understand these obligations.

The CRA can collect GST/HST and source deduction arrears from directors where the legal entity they oversee fails to remit them.  These are considered “trust funds”, in that the organization collects them from third parties (clients or employees) on behalf of the government – they are not the organization’s own funds.

Especially in times of financial challenge, it is all too tempting to prioritize payments to other creditors, such as suppliers and staff whose continued goodwill is vital to business continuing.  While most business people will recognize that penalty and interest charges can result, the potential for personal liability is often a surprise to directors.

Two provisions which provide the CRA with significant collection powers are the Income Tax Act Section 160 and the Excise Tax Act Section 325.    Defending oneself against such a claim can be challenging.  Before assessing a director, the CRA is required to execute a Writ of Seizure and Sale against the corporation in court.  Some cases have failed because the  CRA could not demonstrate this had been done.

Often, the defence for directors is limited to establishing that they exercised due diligence to ensure these amounts were remitted in timely fashion.  The courts have set this standard fairly high.  For example:

The CRA must issue assessments no more than two years after an individual ceases to be a director.  The writer has personally experienced a case where a director obtained a copy of the list of directors from corporate registry (including himself), resigned, and obtained a listing, a week later, showing he was no longer a director.  While never assessed by CRA, he was contacted and threatened with an assessment.

In some cases, the timing of a resignation is challenging to prove.  For example, the bankruptcy of an underlying corporation does not mean a directorship ends. (Jobin, 2014 TCC 326).  The CRA can revive corporations to issue assessments.

The courts have exonerated individuals who were listed as directors, but never actually accepted the office (Macdonald, 2014 TCC 308).  By contrast, a formal resignation while continuing to act as a director resulted in the individual remaining liable as a de facto director (McDonald, 2014 TCC 315).

Directors should be conscious of their obligations, and ensure that their organizations have proper processes to remain current with their GST/HST and employer obligations.  Even where the directors were ultimately not liable, they incurred the costs and stress of CRA assessments and court appeals.

Two provisions which provide the CRA with significant collection powers are the Income Tax Act Section 160 and the Excise Tax Act Section 325.   These provisions allow the CRA to collect income taxes and GST/HST from a person to whom the actual tax debtor transfers assets.  The taxes must be owing at the time of the transfer, but need not be assessed, so this can apply even where the parties are all unaware that anyone owes taxes.

The rule only applies to transfers between persons not acting at arm’s length, which includes all related parties (including parents, children, spouses and siblings).  To the extent that the recipient of the property paid less than fair market value for assets received, the transferor’s taxes become the recipient’s debt.

For example, assume Tony and Tina are married.  They own their home, worth $500,000, jointly.  Tina owes taxes, and transfers her half-interest in the house to Tony.  She has also effectively transferred liability for her taxes, up to the $250,000 value of her half-interest.

The CRA must issue assessments no more than two years after an individual ceases to be a director.The breadth of this provision can be frightening.  Some examples include:

Unlike the directors’ liability provisions, there is no time deadline for a S. 160 assessment – these assessments are often made many years after the asset transfer.

Many of us are asked to serve as directors of incorporated entities, whether for profitable corporations or non-profit entities like charities.  Such service does not come without responsibilities, and the wise director will ensure they understand these obligations.

As powerful as these collections abilities are separately, they become even more problematic in combination.  Where a director was assessed for a corporation’s unremitted GST/HST, and  then transferred cash and other assets to her husband, she was assessed for directors’ liability, after which her husband was assessed under Section 160 (Benaroch, 2015 TCC 93).  In this case, however, the CRA could not demonstrate it had filed the required Writ, so both assessments were invalid.

What if the Taxes are Wrong?

Several court cases have held that the director or property recipient can challenge the underlying taxes assessed to the person who originally owed the tax.  Often, the original taxpayer was insolvent and may not have challenged an excessive assessment.  However, this requires obtaining information from the initial taxpayer, which may be challenging depending on how closely connected the parties are.  Records may also have been lost or destroyed with the passage of time.

The CRA’s reach as the tax collector for the citizens of Canada is long, and they have powerful collection tools at its disposal.  Caution should be exercised to  ensure that you, as a director, don’t become liable for someone else’s tax bills, in addition to your own.