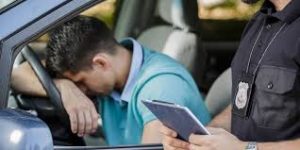 Police Record Checks are increasingly requested by employers and other entities, including volunteer, educational, licensing, adoption, foster care, and foreign travel organizations or authorities. It is important to understand that Police Record Checks can and do reveal information that goes far beyond records of criminal convictions. The most frequent call the Alberta Civil Liberties Research Centre receives is from people who are surprised and distraught that a “criminal record check” has revealed personal information about them that is unrelated to any criminal record they may or may not have. The information disclosed in a Police Record Check not only includes records of criminal convictions but can also include “non-conviction records” and “police contact records.” The disclosure of this broader range of records can result in the subject of the Police Record Checks experiencing unfair treatment and humiliation. Police Record Checks also disproportionately affect people who have more contact with the police, such as people living in poverty or people with mental health or developmental disabilities. They may also negatively impact employers and other organizations that receive this information, if they collect, retain, use or disclose it in a manner that violates the law, including human rights, privacy and criminal laws.

The Police Information Check raises the most significant concerns for both the subject of the check and the organization requesting this type of check.  The information revealed in a Police Record Check is collected by the police and stored in a number of police databases across the country. There is no Canada-wide legislation or uniform guidelines governing what information can be collected, how it should be used, stored, maintained and disclosed or how long it should be retained. However, the Uniform Law Conference of Canada Working Group on Criminal Record Checks is currently working on a uniform law (ULCCWG-Criminal Record Checks).

The Criminal Record Check is the narrowest type of Police Record Check. It discloses records of convictions or findings of guilt under criminal law statutes including the Canadian Criminal Code and the Youth Criminal Justice Act.

The Vulnerable Sector Check is the most in-depth type of Police Record Check. It discloses all the records disclosed under the Criminal Record Check and Police Information Check as well as information about sexual and violent offences for which the offender has been pardoned (record suspension). The Vulnerable Sector Check is usually only requested when the subject of the check will be in a position of trust or authority over people who are more vulnerable than others because of their age, disability or other circumstances.

The Police Information Check raises the most significant concerns for both the subject of the check and the organization requesting this type of check.  This is because it not only discloses information found in Criminal Record Checks and Vulnerable Sector Checks (if relevant) but also includes records of relevant provincial statute convictions as well as “non-conviction records” and “police contact records” (also referred to as “police history records”). Each police force has its own guidelines and policies respecting applications for and the contents of Police Record Checks. The foregoing and following information on Alberta police force Police Information Checks was obtained from the Calgary Police Service and Edmonton Police Service websites.

Non-conviction records include pending criminal or relevant provincial statute charges and orders, and Alberta and out-of-province outstanding warrants. They also include records of charges that were laid but did not result in a conviction including instances where the subject of the check was granted an absolute or conditional discharge, found not guilty, acquitted or found not criminally responsible by reason of mental disorder. Police Record Checks also disclose records of charges that were withdrawn or stayed.

The Vulnerable Sector Check is usually only requested when the subject of the check will be in a position of trust or authority over people who are more vulnerable than others because of their age, disability or other circumstances. There are several concerns raised by Police Information Checks. First, most citizens are not aware that this information is being collected and retained. Second, the police have the discretion to decide what information will be disclosed and this discretion may be exercised differently by different police organizations. Third, there are no guidelines in respect of how long certain types of Police Information Check records should be retained and some are kept indefinitely. Fourth, the police will disclose Police Information Check records if they believe the records will help an organization make a decision about how they will deal with an individual. Organizations may not be qualified to make that decision, which may result in the individual being unfairly stigmatized and as a result, rejected. Since individuals may never know why they were rejected, they will be unable to seek remedies for unfair treatment.

There are some limited protections for those who are concerned that they or others have or will be negatively impacted by the release of information obtained under Police Record Checks.

Furthermore, provincial/territorial and federal human rights legislation prohibits private individuals and organizations and the government from discriminating against individuals in respect of certain practices on specific grounds, including on grounds of mental or physical disability. A person who believes they have been the subject of discrimination, for example, by being denied employment because information in a Police Record Check divulged that they have a mental disability, can file a complaint with the relevant human rights commission alleging discrimination and seeking a remedy. The legislation that applies depends upon whether the individual, organization or government is provincial or federal. The Alberta Human Rights Act, RSA 2000, c A-25.5 (AHRA) applies to Alberta individuals and organizations and the Alberta government. The Canadian Human Rights Act, RSC 1985, c H-6 (CHRA) applies to federal organizations and the federal government. Federal human rights legislation and some provincial/territorial legislation also prohibit discrimination on the basis of a person’s criminal record.  However, the AHRA does not prohibit discrimination on this ground.

The most frequent call the Alberta Civil Liberties Research Centre receives is from people who are surprised and distraught that a “criminal record check” has revealed personal information about them that is unrelated to any criminal record they may or may not have. Privacy legislation also offers some protection. The federal Personal Information Protection and Electronic Documents Act, SC 2000, c 5 (PIPEDA) and the Alberta Personal Information Protection Act, SA 2003, c P-6.5 (PIPA) govern how private sector organizations collect, use and disclose personal information in the course of commercial business. For example, both the federal and provincial privacy legislation prohibits a potential employer from asking a potential employee for more information than is reasonable or necessary to determine their suitability for the job. The Alberta Freedom of Information and Protection of Privacy Act, RSA 2000, c F-25 (FIPPA) and the federal Privacy Act, RSC 1985, c P-21 protect the privacy of an individual’s personal information held by government institutions, which includes police forces, and provides individuals with a right of access to that information.

Heather Forester is a research associate at the Alberta Civil Liberties Research Centre.