You are here: Home / Special Report / 40-3: State of Our Jails / Prisoners and Work
Reading Time: 8 minutes 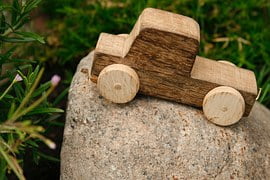 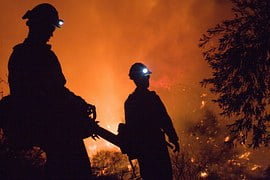 Several years ago, the Alberta government and other provincial governments considered the introduction of Alabama-style chain gangs as a form of employment for prisoners. This action reflected a North American trend towards making the prison experience harsher, with the view that this would discourage criminal behaviour. Currently, while there would no doubt be near-universal support for the proposition that work experience is appropriate for those who are incarcerated, there is likely to be considerable disagreement over what constitutes “appropriate” work experience. It is easy sometimes to forget that prisoners are still people, but the hope that they will be able to reintegrate back into society without committing further crimes requires that correctional facilities provide them with the ability to learn better life skills. One of the main ways of accomplishing this is through employment and work programs.

The Correctional Service of Canada (CSC) has recognized that both prisoners and corrections staff have a right to a healthy and safe work environment, and the CCRA mandates that all correctional decisions be made in a forthright and fair manner.The Criminal Code of Canada outlines the basic principles for sentencing. These provisions determine the length of time an offender will be incarcerated, which in turn determines whether the inmate will serve that time in a federal or provincial facility. Where an inmate is housed will determine what employment, education, and vocational training will be available to them. Section 743.3 of the Criminal Code no longer refers to hard labour being a permissible sentence. The absence of that provision implies that hard labour is no longer appropriate in Canadian correctional facilities.

There are programs for prisoners in Canadian correctional facilities, both federal and provincial. In general, each province has its own legislation and policies for many aspects of incarceration in provincial jails (e.g., Alberta Corrections Act, RA 2000, c C-29). Federal prisoners are regulated by the Corrections and Conditional Release Act, SC 1992, c 20, [CCRA] and its regulations. In addition, both types of institution are subject to human rights law, such as provincial and federal human rights legislation, the Canadian Charter of Rights and Freedoms, and international human rights instruments that Canada has ratified.

Ultimately, it is important to recognize that prisoners have human rights when it comes to the area of employment.There are a number of global standards for the treatment of prisoners, and these instruments are binding on Canada. The most prominent of these are the Charter of the United Nations (UN Charter) and the Universal Declaration of Human Rights (Universal Declaration), which Canada is bound by as a full member of the United Nations. Canada is also bound by the International Covenant on Civil and Political Rights. It states that “no one shall be subjected to torture or to cruel, inhuman, or degrading treatment or punishment”, which underscores the recognition that even prisoners must be treated with basic dignity and respect. In addition, there are persuasive international instruments that influence the decisions Canada makes about its prisoners. Two of the most important ones are the UN Standard Minimum Rules for the Treatment of Prisoners (SMRs) and the UN Standard Minimum Rules for the Administration of Juvenile Justice (Beijing Rules). The SMRs set out what is generally considered good practice for the treatment of prisoners, and it re-establishes the concept that one of the most efficient ways to protect society against crime is to ensure that released prisoners are able to lead a law-abiding life. The Beijing Rules include two sections relevant to the issue of employable skills for young offenders:

Inmates housed at the Maple Ridge, Mission, and Kamloops facilities are given the opportunity to perform duties on and off prison grounds. Inmate crews help clean up provincial parks, complete small construction jobs for non-profit organizations, and help firefighters combat forest fires. How do these domestic and international laws affect prisoners and work? To answer this, it is necessary to look at demographic information about prisoners in Canada. As of 2011, there had been a six percent decline in the rate of prisoners in federal custody over the previous ten years. Most federal prisoners serve sentences of two to three years, while the rate of those serving sentences of ten years or more has held stable at five percent. The majority of adult prisoners are held in provincial custody, the rate of which has increased over the years. Most provincial prisoners have been convicted of non-violent offences (Keeping the Peace: Prisoner’s Rights and Employment Programs (ACLRC, 2014 online: http://www.aclrc.com/downloadable-resources/ (Keeping the Peace)). The nature of work in Canadian correctional facilities may be especially important for those with special needs, or who are over-represented in our prison system—such as youth, women, Aboriginals, senior prisoners, those with mental health problems, and others. The issues facing each of these groups are, for the most part, quite similar. Female offenders tend to be younger and are more likely than men to be unemployed at the time of incarceration. Aboriginal offenders, while also typically younger, have greater educational needs and are more likely to re-offend than non-Aboriginals. The average age of the incarcerated population is increasing, as are instances of mental health issues, and the vast majority of prisoners have some kind of substance abuse problem. Within both the adult and the juvenile systems, Aboriginal persons are disproportionately represented (Keeping the Peace).

The CCRA affirms the principle that prisoners continue to have the same rights and privileges as everyone else, except those that must be removed as a result of incarceration. This includes not only the opportunity to gain employable skills, but also to engage in work of one’s choice, within certain limitations. The Correctional Service of Canada (CSC) has recognized that both prisoners and corrections staff have a right to a healthy and safe work environment, and the CCRA mandates that all correctional decisions be made in a forthright and fair manner. Arbitrarily placing a prisoner in a boot camp or hard labour work assignment would run counter to the principle of acting fairly. Section 78 of the CCRA and section 104 of the Corrections and Conditional Release Regulations are the legislative authorities for federal inmate program assignments and payments made to prisoners. A number of other sections of the CCRA support the CSC’s policy objective to increase prisoners’ participation in employment and education programs. The CCRA also provides mechanisms through which inmates can address their grievances with the system, such as the Office of the Correctional Investigator.

The average age of the incarcerated population is increasing, as are instances of mental health issues, and the vast majority of prisoners have some kind of substance abuse problem. Both provincial and federal prisoners are employed in institutional or industrial jobs, community work projects, and occasionally for charitable assignments. Examples of institutional jobs include: food preparation, laundry, furniture making, hairdressing, road maintenance, landscaping, and animal husbandry, among others. Work assignments for female prisoners include floral arrangements, childcare for children of other prisoners, and training of assistance dogs. Goods and services originating from vocational training programs are often donated to charitable organizations. It should be noted that it costs much less to maintain offenders in appropriate community programs than it does to keep each of those offenders in correctional facilities. However, the costs associated with prison work programs are ideally balanced out by the need for community safety in the long run (Keeping the Peace).

Some specific examples of prisoners’ work assignments follow. In Toronto, prisoners have been enlisted to white-wash graffiti from public places by the Community Response Unit and the provincial Ministry of Correctional Services (Desmond Brown “These guys won’t paint themselves into a corner with this project: Inmates assigned to cover up graffiti as part of work program” National Post (10 August 2000) A17 [Brown]). Municipal police officers and provincial corrections officers supervised inmate workers, and prisoners posing a risk to society were screened out in order to address any public safety concerns  The Prisoner Work Program pilot project first implemented at the Rideau Correctional Centre in 1995 has since been expanded to include at least twenty-three other provincial institutions within Ontario  The community-based work encompasses highway and roadside waste removal, and cemetery and other public property maintenance, including tree pruning and grass cutting.

The nature of work in Canadian correctional facilities may be especially important for those with special needs, or who are over-represented in our prison system—such as youth, women, Aboriginals, senior prisoners, those with mental health problems, and others. British-Columbia’s correctional institutions utilize prisoner work programs as well. Inmates housed at the Maple Ridge, Mission, and Kamloops facilities are given the opportunity to perform duties on and off prison grounds. Inmate crews help clean up provincial parks, complete small construction jobs for non-profit organizations, and help firefighters combat forest fires (Paul Bradbury “Jail benefits community in wide variety of ways” Kamloops Daily News (18 April 2007) A6). In the past, inmates have performed “the back-breaking job of digging out invasive blackberry bushes” and replaced them with native cedar trees, and have helped with sandbagging efforts during floods (“Inmate crews save taxpayer dollars” The News (Maple Ridge, BC) (14 July 2007) p. 4).
In Manitoba, the Attorney General stated (Manitoba, Legislative Assembly, Hansard, 020a (19 June 1995) (Ho. Rosemary Vodrey):

In Adult Corrections we are developing a prison industry strategy and have been successful in increasing work programs. We have increased the number of inmate work crews and have worked with communities to identify work projects that are community based for inmates.

In 2002, the Government of Alberta conducted a review of its corrections system, including offender rehabilitation and work programs, staff safety, offender security, and the effectiveness of existing sentencing practices . The review committee concluded that it was “essential that [Alberta’s] adult offender education framework be retained” and that funding levels for the education program not fall below 2002 levels. As per the Committee’s recommendation, farming operations at three Alberta prisons – which employed very few inmates – were closed. The outsourcing of correctional programs to non-governmental organizations was also suggested. The then Solicitor General for Alberta, Heather Forsyth, also tasked the review committee with studying Ontario’s privately-run correctional institution, which was the only one in Canada.

It is easy sometimes to forget that prisoners are still people, but the hope that they will be able to reintegrate back into society without committing further crimes requires that correctional facilities provide them with the ability to learn better life skills.Additional scrutiny of Alberta’s justice system was conducted by the Crime Reduction and Safe Communities Task Force in 2007. Among its recommendations was a suggestion to increase the use of work camps, which “provide a combination of life skills, productive work and treatment,” and “offer a unique and useful opportunity to make better use of the time spent [in custody] and help set offenders on a more productive path back to the community”.
Individually, Alberta’s correctional centres provide inmates with education and employment opportunities, (Alberta, Alberta Solicitor General and Public Security, Correctional Services, “Correctional and Remand Centres,” online: Adult Centre Operations http://www.solgps.alberta.ca/programs_and_services/correctional_services/adult_centre_operations/correctional_and_remand_centres/Pages/default.aspx), which include:

The Task Force reported that in the past, inmates have “worked on crews maintaining parks, assisting with municipal projects [and] fighting fires”. It recommended that:

Ultimately, it is important to recognize that prisoners have human rights when it comes to the area of employment. By recognizing those rights and allowing inmates to gain employable life skills, we can continue to uphold Correction Service Canada’s goals of rehabilitation and reintegration into the community for as many prisoners as possible, and respect the fundamental rights and freedoms of prisoners as citizens of Canada, all the while keeping the community safe from any further harm.