A Website of The Centre for Public Legal Education Alberta
You are here: Home / Feature Articles / 43-1: #MeToo Movement / Putting Trials on Trial: Sexual Assault and the Failure of the Legal Profession – Book Review
Reading Time: 6 minutes 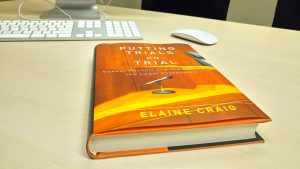 “That the process is likely to always be difficult for complainants does not make it any less important both to recognize the ways in which lawyers and judges contribute to the trauma of the trial, and to take whatever steps are reasonably possible to make the process more humane.” — Elaine Craig

#MeToo went viral last year when actress Alyssa Milano asked the Twitterverse to use the hashtag if they had ever been sexually assaulted or harassed in the wake of many accusations made against Hollywood producer Harvey Weinstein. 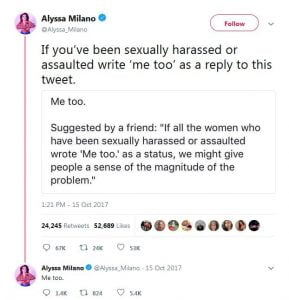 Long before Alyssa Milano’s tweet, African-American civil rights activist Tarana Burke has led the original ‘me too’ movement for over a decade. Burke is the founder and director of Just Be, Inc. where she is committed to supporting and empowering girls and women of colour. She conducts workshops on topics including romantic relationships, the objectification of women’s bodies in media and music, and sexual assault. It is important to recognize the years of work that Burke has done and continues to do in this area.

While the #MeToo hashtag has helped us demonstrate just how common sexual assault is, it places a lot of responsibility on the victim. It asks the victim to self-identify openly as a sexual assault victim by using the hashtag and face backlash and re-traumatization. It creates opportunities for anonymous Internet trolls to use targeted online harassment against them.

In particular, Elaine Craig, associate professor at Dalhousie University’s Schulich School of Law recently published a new book entitled, Putting Trials on Trial: Sexual Assault and the Failure of the Legal Profession. In 227 grueling pages, Craig unapologetically puts the legal profession on trial, while citing uncensored excerpts of court transcripts, so that the reader can see clear examples of both humane and inhumane treatment of sexual assault victims in court. 30 pages of detailed bibliographic notes follow the final chapter, reminiscent of a lawyer’s exhibit binder, and further demonstrate Craig’s thorough approach to tackling this sensitive topic.

Trials are not designed to heal victims of sexual assault. I am not a lawyer, but I am a librarian who has worked indirectly with the law and the court system. This book has taught me a lot about what goes on in the courtroom, especially in the context of a criminal trial. I am typically a fast reader, but even so, I had to take this book in smaller doses. While I finished reading it in three days, I needed another week to really process the content.

Putting Trials on Trial is not a lighthearted novel that you can enjoy as you are getting ready to fall asleep. It comes with multiple content warnings and for good reason. In fact, you should consciously practice self-care as you work your way through the book. You need to be able to stomach the fact that certain awful things were said by lawyers and judges to complainants who were victims of sexual assault. In the book’s acknowledgements, even Craig openly admits that she had difficulty going through the dialogue in the cases featured in the book. However, she has very effectively produced a book that pulls the reader in and gets them to take a hard look at the state of sexual assault trials in Canada.

There are several takeaways from Craig’s book, but these are a few of the big ones:

The trial process, let alone the sexual assault trial process, was created by and for well-educated, able-bodied white people. The challenges that victims of sexual assault already face are made even worse if the victim has a lower socio-economic status, if they have a disability, or if they are non-white.

Putting Trials on Trial is not a lighthearted novel that you can enjoy as you are getting ready to fall asleep. Section 276 of the Criminal Code of Canada limits the use of a complainant’s prior sexual history and requires the defense to file an application to seek the court’s permission to do so. Section 276 or “rape shield law” exists to prevent the use of a complainant’s other sexual activity as evidence with the intention to mislead the trial process. It therefore aims to prevent judges and juries from being misguided by rape myths (i.e. the assumption that a complainant is lying or that the sexual activity in question was consented to). These types of assumptions and questions were permitted as evidence as recently as 1992, but were changed once they were struck down by the Supreme Court of Canada as being unconstitutional.

“We Owe a Responsibility…”

Craig suggests that the legal profession fails sexual assault victims by needlessly traumatizing those who come forward and therefore causing other victims to refrain from reporting their own experiences. She believes that the legal profession shouldn’t tolerate this kind of practice and should instead make changes to treat sexual assault victims more humanely. These changes can be accomplished by all key players involved in the legal process without obstructing the rights of the accused.

Criminal defense lawyers Edward Greenspan, Todd Brett White, and Marie Henein are considered to be exceptional at their craft because of their effective aggressive cross-examination tactics. However, ruthlessness does not need to be a defining characteristic of what makes a criminal defense lawyer successful. The defense lawyer can refrain from stereotyping and victim-blaming language when addressing a witness. The lawyer can frame their questions from a point of uncertainty rather than implying that the complainant is being dishonest. The lawyer can also follow due process by filing the required section 276 application before introducing a complainant’s other sexual activity in a trial.

The Crown is responsible for making sure that the criminal justice process is fair to everyone involved including the accused, the complainant, and the public. The Crown’s role is first and foremost to make sure that justice is achieved fairly rather than to seek to make a conviction. The Crown can base their decision to pursue a sexual assault conviction on whether or not a complainant is willing to participate.

Craig cleverly uses her book as a platform to talk about sexual assault, how it is dealt with in the courts, and how the process could be improved. Craig suggests some reasonable changes to the way sexual assault law is practiced. It is clear that this book is written from the point of view of someone who understands the legal process and how the courts work. However, aside from a very brief disclaimer that the book is not aimed to overlook the presumption of innocence, there is no real acknowledgement of the fact that some complainants do lie and some defendants are wrongfully accused of a crime they did not commit. My intention is not to deny the fact that sexual assault is far more common than we’d like to think it is, but I have to question if Craig has truly given the legal profession a fair trial without fully discussing the other side. Despite this minor point, Putting Trials on Trial: Sexual Assault and the Failure of the Legal Profession is worthwhile to read for professionals who play a role in the criminal justice system, professionals who work with victims of sexual assault, and people whose lives have been impacted by sexual assault.