A Website of The Centre for Public Legal Education Alberta
You are here: Home / Special Report / 42-3: Tax Reform / Reforming our Tax System: What Prime Minister Trudeau Can Learn from the Carter Commission (and his Father)
Reading Time: 6 minutes 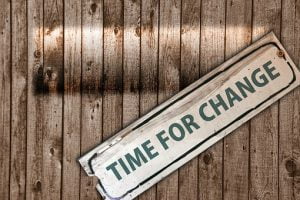 On July 18, 2017, the Federal Government, under the leadership of Prime Minister Justin Trudeau, released a consultation paper entitled “Tax Planning Using Private Corporations” (Consultation Paper), which identified three tax strategies that shareholders of private corporations may be able to use to reduce their personal income taxes, increase their wealth, or do both, namely:

While the Carter Commission admitted that it was virtually impossible to rank all of the objectives it identified for our tax system in the 1960s, it selected “scrupulous fairness” as being the most important objective – and explained why it did so.  While in accordance with current taxation law, the Consultation Paper criticized these strategies as giving a select number of Canadians “a better deal than others” as well as using the tax system in unintended and inappropriate ways. More generally, it described the use of these tax strategies as being “unfair”.

To improve the fairness of our tax system, the Consultation Paper (and associated draft legislation) proposed adding complex measures to the existing legislation to eliminate (or at least restrict) the use of each of these three strategies.  It also asked Canadians for their feedback – and gave them 75 days to provide it.

Interestingly, in the 1960s, the Royal Commission on Taxation, chaired by Mr. Kenneth Carter (Carter Commission), raised similar concerns about the lack of fairness of Canada’s tax system and what it perceived to be problems with the tax treatment of private corporations and their shareholders.  Like the Consultation Paper, the Carter Commission made recommendations for reform in its six-volume Report in 1967.

The government of the day, led by Prime Minister Pierre Trudeau, carefully considered the Report and in 1969, issued a White Paper entitled “Proposals for Tax Reform”.  Like the Consultation Paper, the White Paper set out the government’s suggestions for tax reform (based in part on the Report) and invited Canadians for their advice and comment.  Approximately a year later, the Federal government enacted some very significant reforms which, generally speaking, have been viewed as substantial improvements to our tax system.  These include bringing capital transactions into our income tax regime and integrating corporate with personal taxation.

As the current government continues the ongoing challenge of maintaining and improving our tax system, what lessons can it learn or apply from the Carter Commission’s work and experience?

Given the timing of the release of the Consultation Paper and that approximately half of 75-day consultation period occurred over the summer months when many Canadians take their vacations, some commentators expressed a concern that the response rate to the government’s invitation for feedback would be significantly lower than normal.  While it is impossible to determine whether this concern was realized, at least in my opinion, the response rate (and quality) was exceptional.

Interestingly, in the 1960s, the Royal Commission on Taxation, chaired by Mr. Kenneth Carter (Carter Commission), raised similar concerns about the lack of fairness of Canada’s tax system and what it perceived to be problems with the tax treatment of private corporations and their shareholders.Virtually every day after the Consultation Paper was released, there were new media articles that defended the current system, criticized or supported the Consultation Paper’s proposals, and/or suggested other possibilities for tax reform.  Further, tax accountants, lawyers, economists, small business owners, government officials, and other members of the public across the country met, discussed, gave presentations, and wrote articles.  It was fantastic!  I cannot think of another time in the last 20 years when there has been such sustained and thorough thought and discussion about our tax system and the policies shaping it, particularly by those outside of the professional and academic tax communities.

Despite the Consultation Paper’s invitation for feedback, one of the complaints that was repeatedly made during the consultation period was that by including the proposals for reform in the Consultation Paper (and by creating draft legislation), the government had already made up its mind as to what the current problems with our tax system were and what the solutions would be.  This put many Canadians either on defence of the current law or on attack against the proposals, rather than being open-minded to the actual problems and best solutions.

I cannot think of another time in the last 20 years when there has been such sustained and thorough thought and discussion about our tax system and the policies shaping it, particularly by those outside of the professional and academic tax communities.

In contrast, before making its recommendations for reform, the Carter Commission intentionally surveyed Canadians and then explored the strengths, weaknesses, and inherent conflicts (and biases) of their submissions in its Report.  Why?  One reason was that the Carter Commission noted that with help, Canadians appeared willing to critically examine and assess their longstanding, firmly-entrenched, and typically self-interested beliefs about appropriate tax policy. Another reason was that it facilitated a better understanding of the actual problems of the tax system and the likely solutions.

Given that the Consultation Paper did not take this approach, has this opportunity been missed?  Unless the government quickly moves ahead with new legislation, the answer is “no”.  It can still summarize the submissions that it has received, assess their good and bad points, and then release all of that information and analysis for further comment and revision – all with the goal of coming up with the best proposals for reform which are both generally understood and supported by the majority of Canadians.

As the Carter Commission noted at the beginning of its Report, one of the key (and ongoing) challenges with our income tax system is that while we want (and design) our tax system to accomplish a variety of objectives simultaneously, these objectives can often conflict with or work against each other.  If taxation was simply about raising revenues in an efficient manner, then tax law and tax reform would be relatively easy; but it is not that easy.

At the beginning of the Consultation Paper, the government listed its current objectives as:

Great!  What it did not do was set out its ranking of those objectives, which would be helpful in resolving (or perhaps tolerating) a conflict between two objectives, such as investing in and growing businesses (through tax benefits to private corporations and their shareholders) and ensuring that everyone pays their fair share of taxes.

While the Carter Commission admitted that it was virtually impossible to rank all of the objectives it identified for our tax system in the 1960s, it selected “scrupulous fairness” as being the most important objective – and explained why it did so.  In my opinion, this approach has several benefits in trying to make major (and effective) tax reforms.  First, it helps Canadians understand why the government is concerned (or not) about a particular issue/strategy (i.e. even though it might enhance one of the system’s objectives, it significantly harms our most important objective) as well as why the government prefers a particular solution over others.  More fundamentally, it gives Canadians the ability to challenge (or support) the government’s choice of the most important objective(s) of our tax system.  Finally, it gives Canadians the opportunity to suggest other methods of tax reform which may have the same anticipated effect (or better) on the most important objective than the ones presented by government, as opposed to simply commenting on whether one supports the proposal for reform over the existing law.

Chris Sprysak, BCom, CA-CPA, LLB, LLM, is an Associate Professor of Law and the current Associate Dean of Research & Faculty Development at the Faculty of Law at the University of Alberta.