A Website of The Centre for Public Legal Education Alberta
You are here: Home / Archives for American vs. Canadian election law 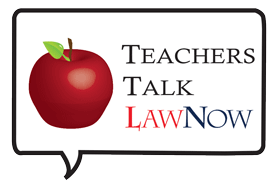 LawNow magazine is an incredible resource for teachers. Each issue offers engaging articles about law in language suitable for students. Teachers Talk LawNow is a series of lesson plans for teachers based on these articles.

Infographics are an effective way to distill complex information into visually appealing, concise, and memorable pieces of art. They can be used by teachers to help their students visualize abstract concepts and large amounts of information. When I was a Social Studies teacher I used an infographic about multinational corporations to teach my students about globalization.

Creating infographics fits the inquiry model of learning perfectly. To make a good infographic students must gather information and organize it. They create visual representations of their understanding, share it with their class, and self-evaluate. Most importantly, it’s fun to do!

There is a plethora of LawNow articles that lend themselves well to the infographic format, but the article “American and Canadian Election Laws: Top 10 Differences” is a particularly good fit. Below is an activity for Social Studies teachers to use this article in their classroom. 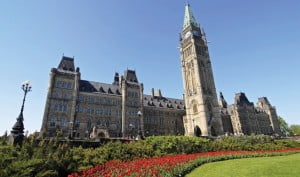 There are distinct differences in Canadian and American federal election law and practices. For example, while the processes differ, American primaries are essentially party nominations in Canada. The American process for drawing constituency boundaries (often referred to as “gerrymandering”) is much more politicized than in Canada. On the other hand, party discipline is palpably stronger in Canada than in the U.S. Here are the Top Ten differences.

The Constitution determines the fundamentals of the federal elections of both countries – but far more in the U.S. than in Canada. Federal elections in the U.S. are regulated by both federal and state law. For example, the ballots and conduct of the election varies in each state. This inconsistency in state practices was highlighted in the Bush versus Gore election in 2000 where Florida’s confusing chads on the “butterfly” ballot and state control of that vote determined the outcome.

Canada follows the British Parliamentary system of government. We vote directly for a Member of Parliament. The political party that wins or can control the most seats in the House of Commons gets to form the government and the party leader becomes the Prime Minister. Only the Prime Minister’s electors vote for him.

The three branches of government – executive, legislative and judicial – are clearly delineated and elected separately in the U.S. The executive and legislative branches are interwoven in Canada.

It remains a matter of debate which system of government (republican or parliamentary) is preferable. Minority governments, while rare, can be ineffective and less bold. Most observers would agree that the sharp partisanship between the current Congress and executive administration (Presidency) in the U.S. has resulted in years of gridlock.

3. The House of Representatives and House of Commons

U.S. representatives are directly elected to serve two-year terms. Candidates for the House of Representatives must be at least twenty-five years old, have been a citizen for at least seven years, and must be a resident of the state in which they run. (U.S. Constitution, art. I, § 2).

The Canadian Charter of Rights, section 3, states that “every citizen” is qualified to serve as a Member of Parliament but section 65 of the Elections Act disqualifies some individuals. Citizens who cannot run in federal elections include those who cannot vote, who have been convicted of electoral fraud, members of legislatures, sheriffs, prison inmates, and all election officers.

The 100 U.S. senators are directly elected to serve for six-year staggered terms. There are elections for the Senate every two years, so one-third of the Senate is up for election every two years. Candidates for the Senate must be at least 30 years old, have been a citizen for at least nine years, and, like the representatives, must reside in the respective state in which they run. (U.S. Constitution, article I, § 3).

The 105 Canadian senators are appointed on a regional basis to serve until age 75 by the Prime Minister. From the Constitution Act, 1867, Canadian senators must be citizens, at least 30 years old and reside in the province or territory for which they are appointed. They must have a net wealth of $4000 – a sum set in 1867! Currently, Alberta, in effect, votes for its senators during provincial elections as the Prime Minister has agreed to appoint senators who received the highest number of votes in this way.

U.S. federal legislation fixes the timing of elections which are held on the Tuesday following the first Monday in November on even numbered years. The new term starts January 3rd for Congress and January 20 for the President and Vice President.

Since the individual states control the actual voting process, about 40 of them have gone to early voting. In the current election, therefore, many Americans will have a chance to vote up to 50 days before the actual election date, while the campaign is well underway.

The Canadian Constitution limits Parliaments to five years, although “in time of real or apprehended war, invasion or insurrection” a vote of at least two-thirds of MPs can postpone an election (s. 4). The Prime Minister can ask the Governor General for an election at any time, but a weak attempt to fix the federal election dates for the third Monday of October every four years was made in 2007. Neither of the two elections since that time held to that fixed election date schedule, but several provinces, including Ontario and British Columbia, and most municipalities, follow fixed election dates.

Advance polling is permitted for federal elections in Canada during the hours of noon to eight p.m. on Friday, Saturday and Monday, the 10th, 9th and 7th days before election day (Canada Elections Act, s. 171(2)).

Americans do vote directly for their President but there is a qualification. The choice of President is technically in the hands of the historical, but controversial, Electoral College. Voters in each state vote for their choice of President/Vice President by name but are really choosing “electors” who correspond to their candidate. These “pledged” electors promise to vote for the candidates of their party. State law regulates how states cast their Electoral College votes, but in all but two small states, it is a “winner takes all” system. If an elector does not vote according to the pledge, some states provide for punishment but only ten electors have violated their pledges from 1789 to 2000.1 There are 538 electors in the current federal election.

The Electoral College system makes it possible for a President to be elected with fewer overall popular votes than the opponent. This was the case in 17 of the 56 U.S. federal elections, the most recent being when George W. Bush won as President in 2000. The Electoral College system has been criticized as being undemocratic compared to direct election and creating the “swing state” campaign which ignores most voters. The small states also have proportionately more influence (Electoral College votes per voter) on the outcome than the big states.

There is no Electoral College system in Canada, but with 308 constituencies, it is possible for a party to form a government with fewer votes than another party. This has happened in some provincial elections (Quebec and British Columbia are recent examples) where a party won more seats with fewer overall votes than another party. At the federal level in Canada, however, the fact that three or four parties are in play for seats means that a governing party will rarely obtain an absolute majority of votes. A plurality (more than any other party) is all that is required for at least a minority government and sometimes even a majority government. For example, the current Conservative government in 2011 won 54% of the seats in the House of Commons with less than 40% of the popular vote.

Americans must make the effort to register to vote. Many do not. One can register to vote when applying for or renewing a driver’s licence, by mail-in registration and at public assistance offices. A major legal issue working its way through some U.S. courts is the new legislative requirement in some states to produce voter photo ID. As it stands now, courts have suspended the requirement because unemployed, low-income and homeless citizens do not have the time or ability to acquire the necessary photo identification by November 6, 2012.

Canada follows a “pull” resident registration system. Enumerators from Elections Canada go door-to-door to identify eligible voters and publish a voters list. That is an expensive approach and more recently the opt-in model has been used. Each year on their income tax returns, Canadians can check off their consent to be on the national voters list. Regular updates are achieved by cross-referencing motor vehicle registries, vital statistics offices, other electoral lists and passport offices.

Voter turnout in the U.S. is much higher every four years during the presidential election, than it is in mid-term elections. In 2008, it was 56.8%. In Canada, every election is an election of a Prime Minister and government. The 2011 election saw a voting rate of 61.1%

Running for U.S. federal political office is very expensive. As of this writing, the presidential candidates have raised a total of $1.325 billion. Add to that all the costs of the other congressional campaigns. Financing is a critical factor to running a successful campaign.

In 1974, FECA was amended to set limits on campaign contributions, but these restrictions were challenged on grounds of freedom of speech, and the U.S. Supreme Court removed most of them.

The issue came up again with the 2002 Bipartisan Campaign Reform Act (BCRA) In a widely publicized 2010 U.S. Supreme Court case, Citizens United v. Federal Election Commission (No. 08- 205) (2010), the constitutionality of limits on political donations and expenditures was challenged.

Citizens United produces documentaries and advertisements about political issues2. In 2008, it created a movie critical of Hillary Clinton. The BCRA prohibited corporations or unions from using their funds to advocate for or against a candidate for federal office. Advocacy of this type was only allowed through PACs. Citizens United claimed these restrictions violated the right to free speech. The Supreme Court agreed and struck out the legislation. This has resulted in “Super PACs” which are technically independent of the parties and candidates, and therefore have no contribution or expenditure limits.

The President is limited to terms but the Vice President is not. Likewise, members of Congress are not term limited and many serve very long political careers. Incumbency (continued re-election) is generally stronger in the U.S. than in Canada. One of the biggest recent exceptions to that was the 2010 mid-term election, when an unusually large number of new Tea Party candidates defeated political veterans in the primaries and in the election.

The only limits on the tenure of Canadian politicians are their willingness to run and the voters’ decision to elect them.