You are here: Home / Special Report / 43-1: Colours of the Law / The Colour of the Law
Reading Time: 6 minutes 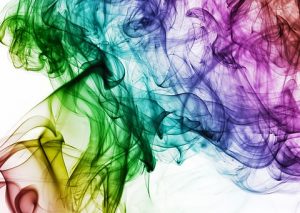 Colour is almost always contrasted with something else in law; where the ‘something else’ is right, and the ‘colour’ is blackened out as a legal non-being.

Under the common law, the term colour of law refers to the mere semblance of a legal right. That is to say that one’s action taken under the colour of law adjusts, or colours, the law to the circumstance although the action may technically contravene the law. To ‘colour’ one’s actions is to characterize or bend them toward legality.

From legal defences and justifications in crimes to drafting, revising and enforcing contracts, the foundations of law are rooted in colour.

For example, for a legislature to act ‘colourably’ is to essentially act outside its legal jurisdiction but to seek to paint its actions as legal. Variations of the colour and colourability theme include colour of office, colour of title, and colour of right. Technical legal propriety is in question under each of these categories. Persons assert ‘colour’ as an explanation or defence when the legality of their action is in issue or is on the margins.

Colour of title occurs where someone with an informal or tenuous claim to legal title (ownership) to land asserts ownership rights in the land. For example, a squatter on land for a long, continuous period makes a claim to the property in adverse possession. One holding mere colour of title holds the appearance or semblance of a legally enforceable right of possession or ownership. Documentation plays a critical role in land ownership. Defective or incomplete documentation usually means one enjoys only colour of title to the land.

Colour of right is the most common colour category. It is a way of saying, “I honestly thought I had the right to . . ..” It can be used defensively as an explanation or excuse to avoid a legal penalty. One’s action, although wrongful, was due to an honest but mistaken belief that one had the right to act in that way.

The most common definition of colour of right is “an honest belief in a state of facts which, if it existed, would be a legal justification or excuse”: R v Johnson (1904), 8 CCC 123 (Ont HCJ).

This criminal defence is based on the honest belief of the accused that, at the time the offence was committed, she had a colour of right. The test is a subjective one where the belief in the erroneous facts must be an honest belief but not necessarily a reasonable one. The accused must only prove there is an “air of reality” to her mistaken belief of facts. So it would be a valid colour of right defence if one took property from a location at the request of someone who she trusted and honestly believed to own that property.

In Canada’s Criminal Code, colour of right is a defence where one forcibly enters land that is in the actual and peaceable possession of another (section 72), or commits theft of property (sections 322 and 326) or fraudulently uses credit card data or a computer (sections 342 and 342.1).

Section 429(2) of the Criminal Code states that “no person shall be convicted of an offence under sections 430 to 446 where he proves that he acted with legal justification or excuse and with colour of right.” The key to the colour of right defence is that if the mistaken belief were true, the action would be legal. Note that one might be mistaken about critical facts, but “ignorance [or mistake] of the law by a person who commits an offence is not an excuse for committing that offence” (section 19).

In addition to transmuting what is illegal to render it legal, the colour spectrum extends to the process of revising formal legal documents. Blacklining is the process by which a document is revised between lawyers or parties in a negotiation. A blackline document or legal blackline uses word processing software to compare originals to revised copies of documents. All revised drafts are retained so the historical integrity of the changes, including who made them and why, can be reviewed in the future. This is where it is important to preserve original documents.

Blacklining is the process by which a document is revised between lawyers or parties in a negotiation. Colour also comes into play in a more sinister context: blackmail.  In Canada, the term ‘blackmail’ is actually not used. Rather the crime is called extortion and it is related to theft and robbery because the crime focuses on intimidation and interference with freedom of choice. Blackmail and extortion involve issuing a threat to compel someone to act against one’s will and to give up money or property. Typically blackmail involves a threat to reveal embarrassing or damaging facts about a person unless compensated in some way.

Every one commits extortion who, without reasonable justification or excuse and with intent to obtain anything, by threats, accusations, menaces or violence induces or attempts to induce any person, whether or not he is the person threatened, accused or menaced or to whom violence is shown, to do anything or cause anything to be done.

The doctrine was created by the English House of Lords in Nordenfelt v Maxim Nordenfelt Guns and Ammunition Co Ltd [1894] AC 535. Described in the 1920 English case of Attwood v. Lamont, blue-pencil severance is “effected when the part severed can be removed by running a blue pencil through it.” Bastarache J. described this form of severance in the 2004 Supreme Court of Canada decision of Transport North American Express Inc. v New Solutions Financial Corp. at para. 57:

Under the blue-pencil test, severance is only possible if the judge can strike out, by drawing a line through, the portion of the contract they want to remove, leaving the portions that are not tainted by illegality, without affecting the meaning of the part remaining.

Blue-pencil severance is reserved for rare cases where the text removed is clearly severable, trivial, and not part of the main purpose of the contract. If the nature or core of the agreement is altered by the removal, then the illegal clause is not a candidate for severance and the entire contract is void.

To ‘colour’ one’s actions is to characterize or bend them toward legality.

The blue coloured test was applied in 2009 in Shafron v KRG Insurance Brokers where the question was whether the court should sever text in a restrictive covenant to resolve ambiguity around the precise meaning and boundaries of the “Metropolitan City of Vancouver.” The Court concluded that blue-pencil severance could not be applied to change the ambiguous wording because it was not a mere trivial part of the covenant agreed upon by the two parties. There also was doubt the parties would have agreed to change the wording without varying any other terms of the contract or otherwise “changing the bargain.”

The law has never explained the doctrine’s emphasis on the colour blue. And the test is blue-pencil, not necessarily blue line. Non-photo (non-repro) blue is a common tool used in the graphic design and print industry. It is a particular shade of blue that cannot be detected by cameras or copiers. Artists lay down sketch lines without the need to erase them after inking. Likewise, judges use the blue-pencil test to rectify or alter contracts without substantive detection.

In contrast to blue-pencil severance, red circling is not a legal term. It refers to a human resource practice of pay conservation. Salaries of employees compensated more than a colleague doing equivalent work are circled and frozen until the colleague’s pay catches up.

Colour and the law may seem to be completely unconnected paradigms. However, while it may not be the full palette, there is colour in the law. From legal defences and justifications in crimes to drafting, revising and enforcing contracts, the foundations of law are rooted in colour.

Devon Slavin is a student at the Haskayne School of Business, University of Calgary.