When I agreed to write about the Emergencies Act, I had no idea that I would end up doing so at a time when the federal government was actually considering resorting to this never-before-used legislation. But with the arrival and spread of COVID-19 in Canada, this Act is an option the government has considered. While its use seems unlikely at time of writing, by the time you read these words the Act may well be in effect in some or all of Canada. Coming events will determine this.

The Emergencies Act was enacted in 1988 as a replacement for the War Measures Act (WMA). The latter was passed in 1914 shortly after the beginning of the First World War. The WMA gave the federal government the ability to quickly respond to international developments as it saw fit. The Act was short – only three pages – but dramatic in its scope and impact. Upon the government declaring there was a “war, invasion or insurrection, real or apprehended”, the Act gave it sweeping powers without the need to consult with or submit to the supervision of Parliament. Invocation of the WMA gave the federal government the power to:

Breaching a government order could result in imprisonment for up to 5 years.

The federal government has not yet used the Emergencies Act since it became law in 1988.Probably the most controversial aspect of the use of the WMA during each world war was the government’s internment of large groups of persons based solely upon their ethnicity and racial backgrounds. Thousands of persons were imprisoned in camps hundreds of miles from home, suffering not only the loss of their liberty but also properties, income and other aspects of their usual, peacetime lives. Fear of spies and saboteurs among these ethnic communities usually lay behind the government’s actions. But the vast majority of those imprisoned bore no allegiance to any foreign power. Almost all were loyal Canadian citizens who had committed no crime though none were permitted to appear in court to contest the government’s orders before being interned.

The “final straw” which ultimately led to the repeal and replacement of the War Measures Act was the only time it was invoked during peacetime: in October 1970 during the so-called “FLQ Crisis”. After years of bombings in Quebec, the violent Front de Liberation du Quebec (FLQ) kidnapped the British Commissioner for Trade and the Quebec Minister of Labour. The FLQ then threatened more violent actions if its demands were not met. (James Cross, the Commissioner, was ultimately released while Pierre Laporte, the Quebec Minister, was murdered.) After appeals for assistance from the mayor of Montreal and the premier of Quebec, Prime Minster Pierre Trudeau and his cabinet invoked the War Measures Act, effective at 4 a.m. on October 16, 1970. Within Quebec, the police quickly arrested hundreds of persons, including known nationalist and independence supporters (whether or not they supported the FLQ and its violent methods) as well as politicians and others whose views were considered to be “too far” towards the left of the political spectrum. Even outside of Quebec, police arrested persons who distributed the manifesto of the FLQ or literature explaining its aims and goals. Newspapers (usually student publications on university campuses across the country) which sought to cover the crisis or publish the manifesto were threatened with being shut down, and published editions were confiscated.

At the time, most Canadians supported the government’s response to the FLQ’s actions – including its use of the WMA. Over the years that followed and as more and more information came out, views changed. Ultimately, a consensus formed which tended to agree that use of this legislation was a significant overreaction to the criminal actions of a very few, isolated radicals and not the “apprehended insurrection” the government believed to be the case. Around the same time – also thanks to Pierre Trudeau – in 1982 Canadians adopted the Charter of Rights and Freedoms. The Charter placed more value on concepts such as democratic oversight and involvement of all forms of government action. 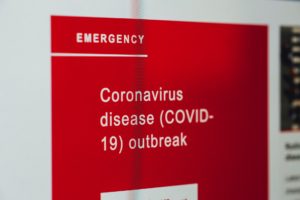 NDP leader Tommy Douglas (one of the few who opposed use of the legislation) said the War Measures Act was “a sledgehammer [used to] crack a peanut”. By contrast, the Emergencies Act is a far more cautious attempt to clothe the government with exceptional powers in certain carefully described situations. These powers are more consistent with the democratic values and practices Canadians value in the 21st century.

The Act describes four different emergency situations and carefully outlines the powers the federal government may exercise in each case. It is intended as a “last resort”. The federal government may only invoke it when there is an urgent, critical “national emergency” which threatens the lives, health or safety of Canadians which is beyond the ability of a province to address, or which seriously threatens the ability of the Government of Canada to preserve our sovereignty, security and territory. There must be no other legal option to effectively deal with the crisis.

A Public Welfare Emergency could apply in response to the COVID-19 pandemic. It is defined as:

Declaration of a Public Welfare Emergency expires after 90 days, unless it is revoked earlier or continued as needed. Under the declaration, the government has significant powers, including:

A Public Welfare Emergency could apply in response to the COVID-19 pandemic. The powers of the government are limited to the area affected by the emergency and can only be exercised to supplement (not to impair) the ability of the province(s) involved to deal with the emergency. Public Welfare Emergencies are one of the two situations in which, prior to invoking the Act, the federal government is required to consult the affected province(s). If the situation only impacts one province, the Act may not be invoked unless that province confirms it is not able to deal with the situation alone.

During a Public Order Emergency, similar provincial input is required. The Act describes this situation as one arising from:

The declaration expires in 30 days but can also be revoked earlier or extended for longer. The federal government has powers to, among other things:

An International Emergency involves Canada and one or more other countries and “acts of intimidation or coercion and the real or imminent use of serious force or violence.” This declaration lasts 60 days, subject to earlier termination or its continuation as necessary. The powers of The Act describes four different emergency situations and carefully outlines the powers the federal government may exercise in each case.the government are similar to those in the other situations but also include specific powers relating to:

However, the Act requires that none of the government’s exceptional powers be used to censor, suppress or control “the publication or communication of any information regardless of its form or characteristics.” In an International Emergency, provincial consultation is to take place as far as “it is appropriate and practical” to do so, but provincial agreement is not required. This is because in our federal system, the national government has sole responsibility for international and foreign affairs.

This is the most serious type of emergency addressed by the Act. A War Emergency involves “war or other armed conflict, real or imminent, which involves Canada or any of its allies…” This form of declaration expires after 120 days but can be revoked before that time or extended and renewed. The special powers of the government under such a declaration are almost without limit: it may “make such orders or regulations as … [it] believes, on reasonable grounds, are necessary or advisable for dealing with the emergency.” The only exception in the Act is that conscription may not be enacted by way of a regulation made under the authority of the declaration. As with the situation of an International Emergency, provincial consultation would only be required to the extent it is “appropriate and practicable in the circumstances.”

During all four situations, the Canadian Charter of Rights and Freedoms continues to apply as a limit on sweeping emergency powers of the federal government. Canadians’ rights and freedoms continue in force unless limited by other legislation or by court orders.

The Emergencies Act was enacted in 1988 as a replacement for the War Measures Act (WMA).When it comes to revoking a declaration, ten senators or twenty Members of Parliament may sign a motion for revocation, in whole or in part. A vote for revocation ends the declaration on the day specified in the motion (which cannot be earlier than the day of the vote itself).

Any orders or regulations made by the government pursuant to its powers under the Act must go before each house of Parliament within two sitting days of its enactment. Such orders and regulations are subject to amendment or revocation by Parliament. The Emergencies Act provides for two final forms of Parliamentary oversight:

Both the parliamentary committee and inquiry must file reports with the House of Commons and the Senate as to their findings and conclusions.

The federal government has not yet used the Emergencies Act since it became law in 1988. In late March 2020, Prime Minister Trudeau and the premiers discussed its use in responding to the COVID-19 pandemic. As reviewed above, the pandemic likely qualifies as a Public Welfare Emergency. The outcome of the discussion apparently was that the provincial and territorial leaders felt they did not need the federal government to intervene. Given the significance of declaring an emergency, it is undoubtedly a good thing that we may get through the present crisis without the need to invoke this particular federal “superpower”.

Author’s Note: Sources consulted in preparing this article include the entries for the War Measures Act in both the online version of the Canadian Encyclopaedia and Wikipedia, as well as Clement, “The October Crisis of 1970: Human Rights Abuses under the War Measures Act” in Journal of Canadian Studies, Spring 2008, Vol. 42, No 2. (online version).