You are here: Home / Feature Articles / 29-3: Contracts / The Essentials of an Employment Contract
Reading Time: 5 minutes 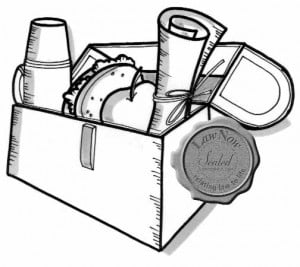 Every employment contract should deal with the issue of compensation. Compensation can take many forms, such as salary and wages, bonuses, benefits, vacation entitlement, profit-sharing, and vehicle allowances. It is important that when individuals commence employment they fully understand what compensation they will be entitled to and the basis for such entitlement. As there sometimes can be confusion in regard to entitlement to compensation, a written employment contract setting out exactly what compensation will be provided is preferable. However, at a minimum, employees should ensure that they get as much information as possible in regard to their compensation entitlement, including any relevant employee handbooks or brochures that deal with compensation. It is important, for example, that employees understand when they will be entitled to receive bonuses or participate in profit-sharing, particularly in case their employment is terminated.

As a general rule, the employer has the right to terminate the employment of any non-unionized employee provided the employer either

The courts have said that the principle reason an employer must give reasonable notice is to enable an employee to find new employment.

The general factors that the courts will consider in assessing the reasonable period of termination notice are the type of employment, the age of the employee, the length of service, and the availability of other work. There are also a number of special circumstances which can result in significantly longer notice periods:

The above principles will apply if the employer and employee have failed to address the issue of termination upon hiring because the courts have said that it is an implied term of every employment contract that the employee be provided with reasonable notice of termination unless the employer has just cause to terminate the employment. However, the parties can expressly agree at the time of hiring about what will be the notice period or severance payment in lieu of notice. As long as the notice period meets the minimum requirements under the Alberta Employment Standards Code (or similar codes or statutes in other provinces), then the agreement between the parties will be enforced and the courts will not apply the above principles. Often times, employers seek to reach agreement in advance about the notice period because it creates certainty regarding the obligations on termination as opposed to trying to determine what the reasonable period of notice should be in the event of termination.

Employees should also be aware that whether or not the employment contract is verbal or in writing, employees have a duty of confidentiality which requires they not disclose trade secrets and confidential information. In addition, they are prohibited from using such information after termination of employment. All employees also owe their employers a general duty of good faith and fidelity. This means, for example, that employees are not entitled to compete against their employer during the employment relationship.

In such cases, the courts will likely increase the period of reasonable notice for termination.

An employment contract is probably one of the most important legal relationships that an individual will enter into. Accordingly, it is important that employees have a clear understanding as to what the terms of that relationship are so that their interests are best protected.