A Website of The Centre for Public Legal Education Alberta
You are here: Home / Feature Articles / 43-3: Juries in Canada / The Lack of Representation of Indigenous People in Canadian Juries
Reading Time: 5 minutes 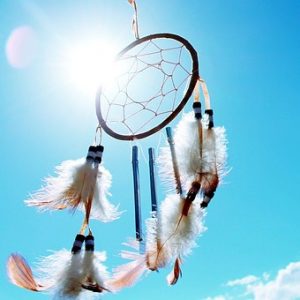 What happened in R v Stanley?

In R. v. Stanley, the Saskatchewan Court of Queen’s Bench held a jury trial in the case of a Caucasian defendant, Gerald Stanley, who was charged with second-degree murder of an Indigenous man, Colten Boushie.

Since the decision in R. v. Stanley, the Government of Canada has introduced Bill C-75, which amends amend the Criminal Code in several ways, one of which would be to abolish peremptory challenges of jurors.The incident giving rise to the charge occurred on August 9, 2016. Mr. Boushie and four friends were drinking. After getting a flat tire, they drove to a farmhouse owned by Mr. Stanley, crashing into one of his cars. One of the friends tried to start an ATV on the property. This resulted in Mr. Stanley firing two warning shots with his handgun in an attempt to scare the group off. Mr. Stanley alleged that he approached the SUV, and Mr. Boushie was in the driver’s seat. He alleged that his gun accidentally fired, killing Mr. Boushie instantly.

The jury selected appeared to be all white, and the result was Mr. Stanley’s acquittal. This brought forward discussions amongst Indigenous communities, other citizens and legal professionals: is this appropriate in meeting the goals of our criminal justice system and is the jury selection process fair for Indigenous people?

Importance of a Representative Jury

To provide context regarding the composition of juries, we can look to the decision of the Supreme Court of Canada in R. v. Sherratt, [1991] SCR 509. The Court held that the requirement of a representative jury is a constitutional principle, and that juries must represent the larger community as far as is possible and appropriate in the circumstances.

However, this idea was narrowed in R. v. Kokopenance, 2015 SCC 28. In this case, the accused, an Indigenous man, challenged the representativeness of his jury. In Kokopenance,  the Supreme Court of Canada determined what efforts the state must make to ensure that a jury is representative of the community. It held that an accused at trial is not entitled to a jury that includes members of their own race or religion; rather, they are only entitled to a fair and honest process of random jury selection.

Peremptory challenges were the focus of much discussion after R. v. Stanley. Justice Moldaver, in writing for the majority, stated that it is not the result of the jury selection process that should be at issue. Instead, we must ensure that the process is fair and honest, which ensures that the rights of parties are met. In essence, the constitutional principles being respected by a representative jury are met through a fair and honest process and do not require the resulting jury panel to be representative statistically.

However, in their dissent, Justice Cromwell and Chief Justice McLachlin argued that the failure to put together a jury that included on-reserve Indigenous people was indeed a constitutional violation. Justice Cromwell stated:

An Aboriginal man on trial for murder was forced to select a jury from a roll which  excluded a significant part of the community on the basis of race — his race. This in my view is an affront to the administration of justice and undermines public confidence in the fairness of the criminal process.  (R. v. Kokopenance, 2015 SCC 28, 195).

In essence, the constitutional principles being respected by a representative jury are met through a fair and honest process and do not require the resulting jury panel to be representative statistically.The issue with a lack of representation of Indigenous people in juries, whether it is the accused or the victim who is Indigenous, is the increased likelihood of perceived bias amongst the panel of jurors. Furthermore, it contributes towards a public perception of unfair procedure.

In First Nations Representation on Ontario Juries: Report of the Independent Review Conducted by the Honourable Frank Iacobucci, Iacobucci explores these issues of representation on Ontario juries. After consulting with various First Nations groups, Mr. Justice Iacobucci found that the relationship between the Canadian justice system and Canada’s Aboriginal peoples continues to be troubled. The history of mistreatment and injustice of Aboriginal peoples in the Canadian justice system influences the attitudes of Indigenous people towards this system.

In R. v. Stanley, both the Crown prosecutor and defence counsel had a hand in jury selection. There are several considerations for assembling the panel of jurors, which include exclusion of certain types of people (this differs from province to province), randomness, and representativeness. Both defence counsel and the Crown can challenge the prospective jury members.

The Crown and defence counsel are both entitled to a number of peremptory challenges, giving them the ability to independently veto a selected juror without the obligation of giving reasons for it. Peremptory challenges were the focus of much discussion after R. v. Stanley. There were criticisms as to how it can be abused to discriminate against minority groups. This is because there is no requirement to provide reasons for eliminating a juror.

The issue with a lack of representation of Indigenous people in juries, whether it is the accused or the victim who is Indigenous, is the increased likelihood of perceived bias amongst the panel of jurors. Since the decision in R. v. Stanley, the Government of Canada has introduced Bill C-75, which amends the Criminal Code in several ways, one of which is to abolish peremptory challenges of jurors. As of December 3, 2018, Bill C-75 passed its Third Reading in the House of Commons.

In an article titled “Should Jury Selection Be Changed? ” published in Alberta Views on November 19, 2018, University of Alberta Faculty of Law professor Steven Penney and criminal defence lawyer Kelly Dawson provided their insights but  disagreed about whether jury selection should be changed. Penney believes that peremptory challenges lead to juries that are less diverse, while Dawson asserts that peremptory challenges protect diversity.

Despite disagreeing on the effect of peremptory challenges on diversity, the two agree on one thing: the underrepresentation of Indigenous Canadians on criminal juries has little to do with peremptory challenges. Instead there are other factors that contribute towards an underrepresentation in the pool of jurors available for selection at court. Penney explains that there are many reasons for this underrepresentation, including a disinclination to participate, logistical barriers, socioeconomic barriers, discriminatory eligibility rules, and inadequate efforts by provincial governments to ensure proportional representation in selection databases and summons delivery.

While there is no conclusive answer as to how to adequately address this issue, we seem to be making progress in providing efforts towards juries that are representative of the larger community.

This document does not contain legal advice.

Christopher Gallardo-Ganaban is a student at the University of Alberta’s Faculty of Law and a member of Pro Bono Students Canada. Pro Bono Students Canada is a student organization. This document was prepared with the assistance of PBSC University of Alberta law student volunteers. PBSC students are not lawyers and they are not authorized to provide legal advice. This document contains general discussion of certain legal and related issues only. If you require legal advice, please consult with a lawyer.