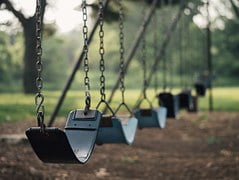 The most effective way to destroy people is to deny and obliterate their own understanding of their history.   George Orwell

When the Truth and Reconciliation Commission (“TRC”) was established, it was a direct result of a Settlement Agreement between Residential School Survivors, the Assembly of First Nations, church organizations and the Government of Canada.  It came into effect in 2007, and has gained significant traction and interest since its inception.  The TRC’s mandate was to document and preserve the personal histories of survivor testimony.  There is a secondary mandate that considers historical records to establish a paper trail of support to the survivor testimony, and to promote the spirit of reconciliation between Aboriginal and non-Aboriginal communities.

Considering Chief Justice McLaughlin of the Supreme Court of Canada called the cultural genocide against Aboriginal peoples the “worst stain on Canada’s Human Rights record,” this exploration into Missing Children is long overdue.About 150,000 Aboriginal children were forced to assimilate into Indian Residential Schools, and the process included forcibly removing the children from their families, many to never be seen again.  Some deaths were by suicide, but most were due to illness or disease, often after the child had run away from the school.

Recently, the Executive Director of the Truth and Reconciliation Commission (“TRC”) recommended that a report be undertaken to investigate the history of children who died or went missing while in the care of Residential Schools in Canada.  Its objective is to examine what has become the “Missing Children Issue.”

Four fundamental questions will be explored:

Research into the Missing Children will focus on three main areas:

The systematic way of gathering the information will reveal Canada’s dark past, and illustrate the mistreatment of Indigenous people by the Residential School system.  Its primary function outside of recording history is to encourage and inspire reconciliation.

Do we want to live in a haunted house the rest of our lives?  Joseph Boyden

Considering Chief Justice McLaughlin of the Supreme Court of Canada called the cultural genocide against Aboriginal peoples the “worst stain on Canada’s Human Rights record,” this exploration into Missing Children is long overdue.  The focus of this project is on stories and testimonies of children like Chanie Wenjack, an Aboriginal child who died on October 22nd, 1966 as he walked home on the railroad tracks, escaping the Cecilia Jeffrey Indian Residential School.   Chanie had no idea he was over 650 kilometers away from his home when he set out, and subsequently died.  Gord Downie, of the Tragically Hip, started a fund that supports the Truth and Reconciliation endeavour.  Alongside the creation of this fund is a book and film that tells the story of Chanie Wenjack entitled, “The Secret Path.”

It is difficult to reconcile the apology made by Prime Minister Harper on 2008 and this reluctance to be transparent by sharing historical records with the TRC.

However, there are limits to its powers and scope.  The TRC has no powers to call government officials to testify or even explain their actions, and the Canadian government hasn’t taken political or social responsibility for its role generally.  Worse still is the previous federal government’s refusal to provide archival files to the TRC; files that could provide insight into the missing children.  The lack of cooperation resulted in the TRC taking the Harper government to court, where an Ontario Superior Court Judge ruled that the government’s duty was to “Provide all relevant documents to the TRC.”  It is difficult to reconcile the apology made by Prime Minister Harper on 2008 and this reluctance to be transparent by sharing historical records with the TRC.

This is not an Aboriginal problem.  This is a Canadian Problem. Murray Sinclair

One place that the TRC could look to gain some insight on how to manage and Similarly, in 1994, Steven Spielberg created the Shoah Foundation, an oral testimony based archive that tells the stories of Holocaust survivors.  Although Spielberg’s successful endeavor is a non-profit, this may be a consideration for the TRC in the future.  The Shoah Foundation has been extremely successful and is well-regarded and world renowned.  Housed in the University of Southern California, the Shoah Foundation has grown to be something extraordinarily valuable to the preservation of the history of the Holocaust.

The TRC’s Missing Children Project may be well served to consider academic institutions as a place to anchor itself; as new departments of Native Studies expand and flourish, a project such as this one could be complementary, and offer students the opportunity to really engage in important work.

As the issues in Aboriginal communities grow, and we continue to read headlines like, “6 Indigenous Girls Committed Suicide in Saskatchewan in October,” there must be an acknowledgement of the legacy of the Missing Children, as it is clear the residual effects of the profound mistreatments are having deleterious effects on Indigenous communities at present.  Something fundamental to the reconciliatory spirit is to identify what happened to these children, and bring them back home to their families, figuratively, or literally.  For in the words of author Timothy Tyson, “If there is to be reconciliation, first there must be truth.”