A Website of The Centre for Public Legal Education Alberta
You are here: Home / Feature Articles / 43-1: #MeToo Movement / The Morality of #metoo
Reading Time: 4 minutes 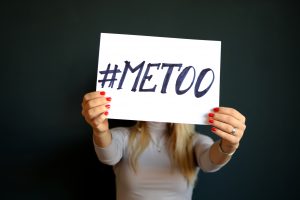 Photo by Mihai Surdu on Unsplash

The forced resignation of Patrick Brown as leader of the Ontario Conservatives raises concerns of fairness and due process – for him and for the women accusing him. Christie Blatchford has castigated the party and other public officials for abandoning the “presumption of innocence”, and has highlighted the wrong of ruining a man’s reputation based on anonymous allegations. Others agree. Conversely, the Prime Minister reportedly said that women who made allegations of misconduct “must be believed” and Ontario Premier Kathleen Wynne has said “I believe victims when they come forward.”

Both those responses strike me as fundamentally deficient. Deficient in two ways. Both require assumptions of truth or falsity with no accounting for the actual allegation made, which defies logic and human experience. My claim as a 2 year old that I had not eaten the candy at the store when my face was covered in licorice was definitely unworthy of belief. But my claim today that I know something about the legal duties of lawyers can probably be accepted. Whether a claim is believable depends on what is being claimed, the circumstances in which it is made and who is making it. Assuming truth or falsity without accounting for those things is certain to result in mistakes, and mistakes with potentially horrible consequences.

Make judgments cautiously.Both responses also ignore entirely the point that the duty that each of us has when assessing allegations of wrongdoing depends on who we are and what our judgments mean. A judge in a criminal court can deprive me of my liberty. My employer can deprive me of my job. Judges and employers exercise power granted or constrained by law and the law imposes procedural obligations upon them. A judge or employer must exercise judgment in accordance with what the law requires and mindful of the harm that a wrongful exercise of that judgment can inflict.

Whether a claim is believable depends on what is being claimed, the circumstances in which it is made and who is making it.That’s one of law’s great virtues. It creates rules. It tells us the things that we can or can’t do to each other (firing people for established cause or with notice – yes; defaming people – no). It gives us processes for adjudicating truth claims, and imposes different evidentiary rules on adjudication depending on the context and consequences (in criminal law proof beyond a reasonable doubt; in civil law proof on the balance of probabilities).

But the law only goes so far (as noted by Liz Guilbault and Mark Dance). The debate here is really a moral one: when we have the power to judge, and our judgments have consequences, what do we owe one another? What is my moral responsibility to the woman who says she was sexually assaulted or harassed? What is my moral responsibility to the man accused of sexual assault or harassment? The deficiency of the arguments for an assumption of falsity or an assumption of truth shouldn’t obscure the important moral question those arguments are trying to answer. We owe duties to each other that go beyond the law, and when we ignore those duties and contribute to the infliction of harm on someone, we act wrongfully.

The debate here is really a moral one: when we have the power to judge, and our judgments have consequences, what do we owe one another?Those duties can’t, I think, be reduced to quasi-evidentiary rules regarding which sort of allegations ought to be taken seriously (as suggested by Barbara Kay or, more rationally, by Andrew Coyne). They go instead to what we owe to each other as human beings. When I judge someone, and in particular when I say things about another person in public (including tweets!), I act wrongfully when I deny their humanity and dignity, when I humiliate them, treating them as someone whose perspective or experience is unworthy of consideration. In my view, a   moral consideration of an allegation of sexual abuse or harassment would include the following:

Consider information fairly. Fairness precludes assumptions of truth or falsity. It requires consciousness of implicit bias and stereotyping. It means recognizing that our own experiences colour our assessments, sometimes in ways that increase accuracy but sometimes in ways that don’t. It permits taking into account broader facts (such as the infrequency of false allegations of sexual assault and what false allegations tend to look like). It also permits relying on others to assess the facts who may have better information and who appear to be viewing it carefully and rationally. However, it requires that such reliance be done thoughtfully, with awareness of issues with the people or institution relied on (e.g. – journalists like a story; companies don’t like a scandal).

This post originally appeared on Slaw and has been reproduced with permission from Ablawg.ca – The Morality of #metoo | https://ablawg.ca/2018/02/02/the-morality-of-metoo/

Alice Woolley is a Professor at the University of Calgary, Faculty of Law and member of the Alberta Bar.