You are here: Home / Feature Articles / 41-5: Canada at 150 / The Statute of Westminster: A Stepping Stone towards Canadian Independence
Reading Time: 4 minutes 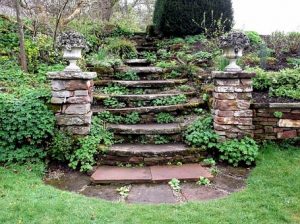 British imperial history is replete with examples of declarations of independence, often accompanied by violent uprisings or civil conflict. One of the fundamental documents of Canadian independence was also a declaration, albeit of a different character and issued under very different circumstances. In the early 20th century, the Dominions (at the time comprising of the self-governing colonies of Australia, Canada, the Irish Free State, Newfoundland, New Zealand and South Africa) began to increasingly assert their independence from British control. For Canada, the journey towards full independence was a gradual process, brought about in part by the Balfour Declaration in 1926 and which culminated in the adoption of the Statute of Westminster five years later. Today, the Statute of Westminster remains an important milestone in Canadian constitutional history.

Although Canada celebrates its national holiday on the 1st of July, the start of Canadian Confederation, that day is not strictly speaking the country’s day of independence. Although Canada was a self-governing entity following Confederation in 1867, the Imperial Parliament retained the power to legislate in respect of colonial matters. Canada was also part of a single, indivisible Crown, meaning it remained subordinate to the foreign policy of Great Britain. So, when Great Britain declared war on Germany in 1914, the rest of its Dominions were automatically committed to the war effort. But on the battlegrounds of Ypres, Passchendaele and Vimy Ridge, among many others, the separate and extensive contribution of the Canadian military corps was recognized, which accelerated the process towards greater political and legal autonomy. When the First World War ended with the signing of the Treaty of Paris, Canada signed the Treaty in its own right, and became a founding member of the League of Nations in 1919.

And so Canada began to increasingly assert its position on the international stage. In 1918, the Halibut Treaty was signed between Canada and the United States without Great Britain as  a counterparty, an act which was symbolic of Canada’s growing separation from imperial diplomatic authority. Further on, in 1922  Canadian Prime Minister William Lyon Mackenzie King sent a non-committal response to a British request for military support in the Chanak Affair by indicating that the Canadian Parliament would need to decide on the country’s involvement in the conflict.

All appeals to the Privy Council were only abolished in 1949, leaving the Supreme Court of Canada as the court of last resort. Notwithstanding this progress, our legal position continued to reflect imperial parliamentary supremacy. At common law and as reflected in the Colonial Laws Validity Act 1865 (28 & 29 Vict. c. 63), Dominion law was considered void and inoperative if it was “repugnant to” a statute of the British Parliament. When Canada chose to abolish appeals to the Judicial Committee of the Privy Council in respect of criminal matters under s. 1025 of the Criminal Code, the provision was eventually challenged before the British courts. Delivering its judgment in Nadan v The King [1926] UKPC 13, the Privy Council ruled that s. 1025 was ultra vires with reference to the Colonial Laws Validity Act.  This fueled nationalist sentiment in Canada and formed part of the backdrop to further discussions on the relationship between Great Britain and its colonies.

The Statute of Westminster gave legal recognition to the independence of the British Dominions, repealing the Colonial Laws Validity Act 1865 and recognizing that “the Parliament of a Dominion has full power to make laws having extra-territorial application.“The situation was therefore ripe for change. The Imperial Conference held in London in 1926 discussed this relationship and culminated in the Balfour Declaration, which affirmed that the Dominions were “autonomous Communities within the British Empire, equal in status, in no way subordinate to one another in any aspect of their domestic or external affairs, though united by a common allegiance to the Crown and freely associated as members of the British Commonwealth of Nations”.

However, the Balfour Declaration was only a political statement – a political recognition of the independent status of Canada and the other Dominions. Canadian delegations were sent to the 1929 Conference on the Operation of Dominion Legislation and the following Imperial Conference in 1930 with the intention of advancing the ideals espoused by the Balfour Declaration and to make those principles a legal reality. The final result was the Statute of Westminster, passed by the British Parliament on 11 December 1931.

The Statute of Westminster gave legal recognition to the independence of the British Dominions, repealing the Colonial Laws Validity Act 1865 and recognizing that “the Parliament of a Dominion has full power to make laws having extra-territorial application.“As such, it acknowledged Canada’s legislative independence and sovereignty save in certain constitutional matters. On the plane of public international law, the Statute clarified the status of Canada and the Dominions as independent states with international legal personality (as opposed to self-governing entities of Great Britain). The Statute also enabled the divisibility of the Crown, with the Crown in Right of Canada being separate to the Crown of the United Kingdom and each of the other Commonwealth states. This meant that when Great Britain declared war on Germany on 3 September 1939, Canada was not automatically a belligerent as it was in the First World War. Canada’s official entry into the Second World War occurred a week later, on 10 September 1939.

Although Canada was a self-governing entity following Confederation in 1867, the Imperial Parliament retained the power to legislate in respect of colonial matters. However, full juridical equality between Canada and Great Britain would still take some time to achieve. All appeals to the Privy Council were only abolished in 1949, leaving the Supreme Court of Canada as the court of last resort. In addition, prior to the Statute’s enactment, the federal government and the provinces could not reach a consensus on the method by which the Constitution could be amended. As a result, amendment of the Canadian Constitution was excluded from the Statute‘s content, an issue which was only resolved when the Constitution was repatriated in 1982.

Although Canada celebrates its national holiday on the 1st of July, the start of Canadian Confederation, that day is not strictly speaking the country’s day of independence. In that respect, Canada has multiple landmarks in its road towards independence, with the Statute of Westminster featuring as a crucial part of that history.