A Website of The Centre for Public Legal Education Alberta
You are here: Home / Special Report / 41-3: The Judiciary / The Work of the National Judicial Institute
Reading Time: 5 minutes 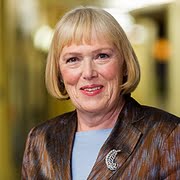 The Right Honourable Beverly McLachlin, P.C., Chief Justice of Canada and the Chair of the Board of Governors of the National Judicial Institute said about judicial education:

As the landscape of judges becomes ever more complex through technological, environmental and socioeconomic changes, judges require a firm dedication to lifelong learning.

The National Judicial Institute (NJI) is a not-for profit organization that provides the majority of continuing education for Canadian judges.  NJI is founded on 20 principles of judicial education which provide that the education for judges will be judge-led, in accordance with the principle of judicial independence and based upon good adult education pedagogy.

Canadian judges and Canada’s justice system are respected around the world.  There are three dimension to the education offered to judges– substantive law, skills and social context.  Education in substantive law is the most obvious area of education.  Even though Canadian judges have been lawyers for several years before their appointment, the law changes so that regular updates on the law is required.  Judicial skills are skills that are unique to the judicial role.  These include communicating effectively in the courtroom, analyzing and applying judicial ethical principles and applying legal principles to a specific set of facts.  The ability to be skillful in these areas does not come naturally once a lawyer becomes a judge.  These skills must be learned and practised.  The third dimension is education in the context of the people that the judges serve.  The people that come into Canadian courtrooms are unique and bring with them the experiences of their culture, race, economic situation, gender and so on.  Judges need to understand the backgrounds of poverty, race, culture, disability and other kinds of disadvantage so that they can judge the cases, not only impartially but fairly and in accordance with our fundamental value of equality.

The NJI employs good adult education pedagogy in designing and delivering its courses.  Judges come to the bench and to judicial education with experience.  They also are practical.  Given the demands of the job, judicial education must be relevant to what the judges are doing in their courtrooms.  Judges learn best from other judges.  This means that for the most part, education for judges is planned and delivered by judges and is interactive.  Judges will often work on hypothetical problems that reflect the kind of issues that they may confront in their courtrooms.

NJI has for many years worked in a variety of countries, sharing the experiences and techniques employed in the design and delivery of good judicial education.  Our work has been done in three areas.  First, we work with the judicial institute in the country to assist them in employing the principles of adult education.  Second, we do offer some teaching in new judicial techniques or laws that have been recently introduced into the country.  Finally, NJI assists in the strengthening of judicial education and the judicial institute.  An example of each of these kinds of education initiatives follows.

NJI is in the last year of a large project in Ukraine with the National School of Judges.  The project, Judicial Education of Economic Growth, was funded by Global Affairs Canada.  NJI staff and several Canadian judges worked with staff from the National School and with Ukrainian judges developing a number of courses for Ukrainian judges based upon the model used at the NJI.  The process for the development of each course was similar.  Canadian and Ukrainian judges and educators worked together to define the specific needs of the judges and then developed courses to address those needs.  Sometimes, the courses centred on a particular judicial skill like effective management of the courtroom.  Other times, specific legal topics like land law or evidence were tackled.   In cases like this, Canadian judges do not know the local law, so their job is to assist in the design of the program, once their Ukrainian colleagues identify the challenges involved for judges in that particular area of the law.

Even though Canadian judges have been lawyers for several years before their appointment, the law changes so that regular updates on the law is required.A project that NJI completed a few years ago in Ghana also illustrates the way in which Canadian judges assist while leaving the content to the local judges.  Offshore oil had been discovered.  Ghana was preparing for the benefits of building an oil industry.  With those benefits come challenges, and the Ghanaian judiciary recognized that they needed to be trained in a variety of issues that may arise, from the effects of large-scale development on small towns, potential environmental problems and ethical issues that can arise when there is a large influx of money into an economy.  Canadian judges are familiar with some of these issues given our thriving mining and oil and gas industries.  On another plane, however, the legal issues would be purely local because the economy of Ghana is much different.  As a result, the design of the education was truly collaborative, with Canadian judges assisting in designing modules on courtroom management and ethics, while the Ghanaian judges led the team on structuring modules on the law and regulations that would govern the industry.

An example of a different kind of collaboration is the work that NJI does with the Centro de Estudios de Justicia de las Americas (CEJA), an organization whose objectives include studying the systems of justice in Latin America and creating opportunities for cooperation amongst these countries in considering judicial reform.  Currently, they are working on reform in civil law.  One of the areas of interest across Latin America is the introduction of class action legislation in countries where there is no such legislation and the improvement of such legislation and practice in countries that currently have class actions.  CEJA asked NJI to organize a seminar put on by Canadian judges on the Canadian experience in class actions from a judicial perspectives.  Canadian judges provided three days of education on our class actions.  This permitted the participants in the seminar to consider what of our experience would be useful to consider in the reform of their system.

Judges need to understand the backgrounds of poverty, race, culture, disability and other kinds of disadvantage so that they can judge the cases, not only impartially but fairly and in accordance with our fundamental value of equality.

After more than a decade of international work in many countries across the globe, NJI has learned important lessons in international justice and reform.  Most of them hold true in Canada too with the education of Canadian judges.

First, for best results, we use a truly collaborative model as we have described.  Collaboration means local ownership and that, in turn, means that not only is the judicial education and reform that is produced much better, but it is also sustainable and in use long after NJI is gone.

Second is the importance of high level commitment from national judiciaries.  In Canada, we are fortunate to have the support of the Chief Justice of Canada as well as Chief Justices from courts across Canada.  In other countries, the support of the Chief Justices in their jurisdictions is essential to demonstrate to all judges and indeed the Justice sector as a whole, the importance of the education and reform that is being undertaken.

NJI is in the last year of a large project in Ukraine with the National School of Judges.  A third lesson is the need for international initiatives to remain responsive to our partners.  In most of the jurisdictions where we work, justice systems are being fundamentally reformed and change is constant.  The laws change, our partners’ mandates change and the judges who we work with change.  NJI has had to learn to be flexible and current.

Finally, NJI has learned that the reputation of the Canadian judiciary precedes us everywhere we work.  Canadian judges and Canada’s justice system are respected around the world.  In our most recent work in Ukraine, skills-based judicial education has become known as ‘the Canadian methodology’.  Our host countries believe that we have a judicial system that is not without problems, but is fair, accountable and independent; and a judiciary that has integrity and competence.