A Website of The Centre for Public Legal Education Alberta
You are here: Home / Feature Articles / 43-3: Juries in Canada / Transparency Around Jurors and Verdicts Would Help Trial Fairness
Reading Time: 7 minutes 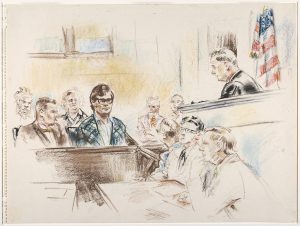 To many observers, the verdict in the Gerald Stanley trial was wholly unsatisfactory. From the outside, an acquittal in the shooting death of the 22-year-old Cree man Colten Boushie seemed unthinkable: he had been shot in the back of the head, while sitting unarmed in a vehicle. The trial became a referendum on the justice system and race, as it played out in an area of Saskatchewan where racial tensions between Indigenous people and White farmers were already high.

The difficulty, however, is that in asking a criminal trial to be a barometer of race relations, we are asking it to do a job it was not designed to do. A criminal trial is not designed to answer any question other than whether the Crown can prove the offence charged beyond a reasonable doubt. It is a fact-specific inquiry made on the basis of the evidence at trial. Juries are strictly warned that evidence from outside the courtroom is not to be used or considered. In the context of the Stanley trial, this includes perceptions about race relations in rural Saskatchewan.

Although it is tempting to conclude that the verdict was not based on the evidence, to do so is to accuse the jurors of acting in bad faith. The only conclusion that can be reached from the verdict is that the jury had a reasonable doubt that Gerald Stanley’s gun accidentally misfired. No more, no less.

Of course, the reason that it is tempting to ascribe a nefarious motivation to the jury is that the trial took place in front of an all-White jury, a result of the defence having used peremptory challenges to reject certain jurors. This jury composition has naturally led to speculation that the verdict was the product of racism, but this is conjecture at best. In fact, jury research in the United States has demonstrated that in criminal trials that are racially charged, jurors are more attentive to bias than in other trials. If this is true, the jurors in the Stanley trial may have had an increased sensitivity to ensuring that bias did not play a role in the result.

As long as jurors can be chosen based on race and the reasons behind verdicts are kept secret, there will be more trials like that of Gerald Stanley.

The most unsatisfactory part of the Stanley trial is not the verdict itself but the fact that we will never know the reasons for it. The gap in our knowledge has been filled with unverified assumptions that are unfair to the 12 jurors but are the inevitable by-product of a system that allowed the jury to be composed in the way it was. The result was not unfair but it feels unfair, which demonstrates why reform is critical.

This is not a criticism of the defence strategy, as distasteful as it appears from the outside. A defence lawyer is tasked not with ensuring global fairness but with doing everything within the rules to defend the accused. If the use of peremptory challenges was viewed as potentially critical to an acquittal, the defence lawyer was entitled if not duty-bound to employ it. However, where the use of such a strategy leads to the perception of an unreasonable verdict, we must determine if there is another path that preserves (or even enhances) trial fairness and the public perception that justice has been done.

Any solution to the problems presented by the Stanley trial should attempt to address one or both of the primary issues that contributed to such visceral public reaction to the verdict: the rules that allowed for the composition of a jury to be ostensibly determined based on race, and an opaqueness around the verdict that left observers to speculate that racist considerations had driven the result.

The social science evidence does reveal that we will achieve more consistently reliable verdicts with diverse juries. In a diverse jury, jurors are less likely to express explicit bias than in a homogenous jury. Further, jury studies have demonstrated that diverse juries deliberate longer, analyze the evidence more thoroughly and discuss race-related issues more openly than all-White juries.

The question becomes, How can choice in juror be preserved while employing a jury selection process that can reap the benefits that a diverse jury can provide?

The most unsatisfactory part of the Stanley trial is not the verdict itself but the fact that we will never know the reasons for it.The United States has attempted to tackle this problem. Following the 1986 case of Batson v. Kentucky, a peremptory challenge can be contested on the basis that the challenge was used solely because of the juror’s race. The “Batson challenge” has been criticized, however, as being ineffective because of the requirement to prove that a challenge was a race-related choice. Disturbingly, prosecutors in North Carolina were trained to provide race-neutral explanations when using a peremptory challenge to eliminate a racialized juror.

In the state of Washington, a rule has been created to make the Batson challenge more robust and less vulnerable to race-based choices thinly veiled as neutral. The rule disallows a peremptory challenge if “an objective observer could view race or ethnicity as a factor.” An “objective observer” is further defined as someone who is aware of “implicit, institutional, and unconscious biases.” Presumably, this rule would allow a judge to disallow a peremptory challenge where a pattern appears of systemic choices based on race, as took place in the Stanley trial.

Instead of eliminating all peremptory challenges, Canada should adopt a process whereby race-based peremptory challenges are eliminated. Following developments in the United States, a rule should be implemented disallowing a peremptory challenge when there is an objective basis to conclude that it was based on race, even when there is a plausible neutral explanation. Such a rule would preserve choice for the parties while at the same time protecting the perception of the proper administration of justice, a perception that is damaged when a jury’s composition fails to be representative of the community it is serving.

The removal of ostensibly discriminatory peremptory challenges would remove at least part of the skepticism and distrust with which the Stanley verdict was greeted. It seems likely that the same verdict from a more balanced jury would have been seen at least somewhat differently in the public eye.

Removing the cloak of secrecy from emotionally charged trials

However, without a further departure from the status quo, the Crown, the accused and the public will still be left without an explanation for verdicts that appear on their face to be illogical at best or racially driven at worst. In many ways, it is an inexplicable policy decision that in the most important criminal cases, reasons are not provided for the result, and the jurors are forever prohibited from revealing why they decided as they did. The Stanley trial has demonstrated the damage that can be done to the perception of the administration of justice from such opaqueness.

If it is inevitable that criminal trials will be asked to perform the “referendum” role that was foisted on the Stanley trial, then the debate over the result should be done with a full understanding of how the verdict was arrived at.

On the assumption that transparency is a critical step to eliminating racial bias, policy-makers should be open to all possibilities to reform a system that has left conjecture and speculation to fill the gap in knowledge created by jury secrecy. Although the jury system as it now stands has proven a reliable tool of the justice system, it does not mean that alternatives cannot be considered.

One option that may allow for the transparency that is required to eliminate racial bias would be to lift the ban on revealing jury deliberations. Although this would depend on a juror’s willingness to discuss the deliberative process, it would at least open up the possibility of removing the cloak from emotionally charged trials.

Another more radical suggestion would be to allow criminal trials for serious offences to be conducted in front of a three-judge panel as opposed to a jury. Judges are extensively trained (or should be) in recognizing bias and, just as important, could provide reasons for their decision. Although there is no magic wand for eliminating bias, the process of writing reasons may be the best mechanism for drawing it out. A three-judge panel would serve as a similar check and balance to a jury by not leaving the high-stakes decision of a criminal trial in the hands of one person. No doubt this would impose its own logistical issues, but the path to the end result would be there and would allow for an informed public debate.

The Stanley trial did result in harm to the justice system, but not because of the verdict (as illogical as that might seem). The harm was caused by a process that left the verdict open to being criticized as blatant racism, with no available evidence on which to dispute that conclusion. As long as jurors can be chosen on a manifestly discriminatory basis and as long as the public is left in the dark as to how a verdict was determined, there will be more trials like that of Gerald Stanley. Only transparency, both in the choice of the juror and in the reasons for decision, will allow for an open and honest debate as to whether the scales of justice are balanced.

I was honored to be invited to participate in the inaugural meeting of Project Fact(a), to provide input and support from the public legal education sector.  This article is part of a series produced by Policy Options, which they describe as follows:

In April 2018, a group of legal scholars and practitioners formed Project Fact(a) as a response to the acquittal two months earlier of Saskatchewan farmer Gerald Stanley. Stanley had been charged with second-degree murder in the shooting death of Colten Boushie, a 22-year-old Cree man. Legal experts, Boushie’s family and the Canadian public wanted a better understanding of what actually happened during this criminal trial process. The goal of the project, which is supported by York University’s Osgoode Hall Law School, is to engage in deeper reflections on legal procedure and law, and to consider important factors not explicitly raised during the trial – such as systemic racism and the history of the land where the case unfolded. This Policy Options series is based on research presented by participants in Project Fact(a). They hope their work will provide some context and educational tools for those trying to see positive next steps in the aftermath of Boushie’s tragic death.

This article is part of What can we learn from the Stanley trial? special feature.

Robin McKechney is a partner at Steinecke Maciura LeBlanc. He has conducted numerous jury and judge-alone trials. He is also an adjunct professor at Osgoode Hall Law School, where he teaches the law of evidence.