A Website of The Centre for Public Legal Education Alberta
You are here: Home / Feature Articles / 43-3: Juries in Canada / Why do We Have Jury Trials?
Reading Time: 7 minutes 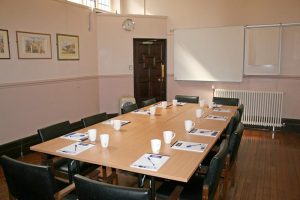 Juries. To some, it may seem bizarre that 12 laypersons, untrained in the law, would be asked – required – to come into a courtroom and listen to the recounting of events about which they know nothing, involving people with whom they have no familiarity, and then make a decision about whether someone has committed a crime. And yet, jury trials are such a fundamental aspect of our criminal law that this right of every accused person facing serious charges is part of our Constitution.

Why do we use juries? What are their advantages and disadvantages? How do we decide who should sit on a jury?

Simply holding views about different racial groups, or having some knowledge of the matter due to publicity will not necessary exclude an individual from the jury. An accused’s may choose to select a trial by jury or a trial by a judge alone if he or she may be imprisoned for more than five years, and in some cases, where imprisonment between two and five years is a possible result. In the most serious cases – mainly, murder – the Criminal Code says the trial must be with a jury unless both the prosecution and the defence agree to have a trial by judge alone.

Sometimes, accused persons have firm views about whether they want a judge or a jury to hear their case, often the result of past experiences with the court system. An accused who has been in trouble in the past and feels she has not been treated fairly, when in front of a judge alone, will often insist on a jury trial, believing she will get a better hearing in front of 12 ordinary people. The reverse is sometimes true: an accused who feels he was wrongly convicted by a jury in the past may be more likely to ask for a “judge alone” trial.

Sometimes, simply as a matter of principle, accused persons want representatives of their community to pronounce judgment opposed to a judge. Sometimes the opposite occurs, where an accused declines his right to a jury because he does not want local people to know the details of what he is alleged to have done.

A defence lawyer who is advising an accused may have different considerations. Cases which are mainly about the law are probably better suited to the assessment of a judge. (In a jury trial, the judge explains to the jury what the applicable law is; the jury then has to apply that law to the evidence and determine the verdict).

A criminal trial must always begin with 12 jurors, and the law allows for up to two to be excused as the trial proceeds. Cases where the main question is what precisely took place between the people involved are sometimes better suited for a jury, but not always. One big difference between a trial with a judge and one with a jury is that a judge is required to give reasons for the verdict he reaches, while a jury gives only a one or two word verdict (“guilty” or “not guilty”) without any explanation of any sort. Even for a judge, finding a coherent, logical way through a tangled web of evidence can be a challenge. It might be easier to appeal a judge’s decision, if his or her reasons include errors of fact, or illogical or irrational trails of reasoning. It is often more difficult to appeal a jury’s decision which considers the evidence and returns with a verdict.

Juries are always told they must not allow sympathy to play a role in their decision-making, but in the real world sympathy is almost always a factor taken into account in choosing whether to have a jury trial. An accused who will likely be seen with sympathy and compassion by other persons may more likely want a jury. Arguments along the lines “this could have been you; what would you have done?” are more likely to find favour with ordinary persons than with judges, whose reasons must show that they have carefully and dispassionately applied the law.

In the most serious cases – mainly, murder – the Criminal Code says the trial must be with a jury unless both the prosecution and the defence agree to have a trial by judge alone.

Sympathy and compassion can also weigh against an accused, in which case they will more likely not want a jury trial. If a particularly vulnerable person is the victim or an important prosecution witness, the accused might want a judge alone: a judge must dispassionately apply the law, and provide logical reasons which show she has done that, no matter how sad or sympathetic the plight of the victim might be. Similarly, if the crime alleged is particularly violent and the evidence expected to be graphic, a judge might be a better choice, as he or she will be less likely swayed by the horror of what they are hearing and seeing than might be the case with a jury, who might let feelings of revulsion and anger sway their reasoning.

In the most serious situations (murder trials) the Criminal Code requires the trial be in front of a jury unless both sides agree to have a judge sit alone. The theory is that in the most serious cases, where someone has died and someone faces imprisonment for the rest of his or her life, community representatives, under the guidance of a judge who knows the law, should make this important decision. In murder trials, we can usually be satisfied that the final verdict has been reached after the careful consideration and close attention paid by 12 ordinary community members who have brought their common sense and everyday wisdom to bear upon the issues they have been told to consider. We view juries as a fundamental protector of our liberties and freedoms, – 12 ordinary, independent fellow citizens who can protect us from the whims and arbitrariness of decisions made by officials who are beholden to the sovereign, a local figure, or other arms of government.

In the most serious situations (murder trials) the Criminal Code requires the trial be in front of a jury unless both sides agree to have a judge sit alone. When it comes to deciding who from our communities should sit on a jury, the process is designed to ensure independence and impartiality. The first step is to summon a large group of persons selected from the community at random, to attend a court sitting to choose a jury. Local sheriffs, using names taken at random from sources such as health care records, electors lists, tax rolls and telephone books choose this group – sometimes called the jury “pool” or “panel”. They make an effort to obtain as wide a cross-selection of community members as possible. However, The Supreme Court of Canada recently ruled, in relation to accused persons of a minority background, that they are not entitled to a jury pool which represents their group, or even one which has a proportionate number of their community, but rather, a panel which randomly represents the makeup of society at large.

Jury selection usually begins with dozens of people, and sometimes 200 or 300, gathered together in a courtroom or other facility large enough to accommodate the group. Sometimes an even larger pool of persons is necessary to ultimately select 12 jurors when the trial is going to be quite long or the charges have been widely publicized. The presiding judge usually begins by explaining in general terms how the proceedings will unfold – the length of time the trial will likely take, who is the accused and who will be the lawyers and witnesses, and the reasons individuals might properly ask to be excused from jury duty. This usually leads to many persons coming forward asking to be excused for various reasons such as health problems, work or school commitments which cannot be avoided, and travel which has been booked and paid for. As well, anyone who is related or otherwise closely connected to any of the participants is usually excused from jury duty for that trial, in order to ensure that all jurors are unbiased and impartial.

Unlike what we see on American media, in Canada most juries are selected relatively quickly, and with almost no questions. The Clerk of the Court will select possible jurors at random, and then the defence and the Crown decide whether that individual is someone they want on the jury. Each side gets to “challenge” – or veto – a particular number (in most cases 12, but 20 in first degree murder trials) of candidates without having to offer any reason or explanation. These are called “peremptory challenges”. One by one, persons are chosen until there are 12 who will form the jury. Sometimes, either two more persons are chosen to sit as alternates (in case, before the trial begins, one of the original 12 is not able to continue) or as substitutes (in case, during the trial, one of the original 12 cannot carry on). A criminal trial must always begin with 12 jurors, and the law allows for up to two to be excused as the trial proceeds. Having alternates and substitutes better ensures the trial will proceed to a conclusion, in the event that a juror cannot carry on.

One big difference between a trial with a judge and one with a jury is that a judge is required to give reasons for the verdict  he reaches, while a jury gives only a one or two word verdict (“guilty” or “not guilty”) without any explanation of any sort. Relatively rarely, jury selection includes what is called a “challenge for cause” process. This usually occurs where there are concerns about impartiality. In Canada, these concerns usually arise from either racial bias, or from pre-trial publicity. In some situations and among some communities racial and ethnic prejudices may taint virtually all potential jurors. Similarly, where there was unusually high-profile media coverage when the crime occurred, there will sometimes be concern that potential jurors may have been influenced by what they have heard about the allegations and the accused even before the trial has begun. In such situations, the judge will allow questions to be asked in an effort to “weed out” anyone who will not be able to act impartially. However, in Canada, we place great emphasis upon intruding the least amount possible into the privacy and views of potential jurors. Thus, the judge will allow a few (often only three or four), carefully crafted questions to be asked of them.

This process is complicated somewhat because the jurors themselves are given a decision-making role. Two members of the jury panel are selected at random to hear the answers of the other potential jurors and to decide whether they are satisfied the individual will be able to act properly as a member of the jury. Simply holding views about different racial groups, or having some knowledge of the matter due to publicity will not necessary exclude an individual from the jury. What matters is whether the juror can leave those views, or their knowledge of the case, outside the courtroom and, for the purposes of the trial and rendering their verdict, take account only of the evidence introduced in court, the arguments of the lawyers, and the legal instructions given by the judge. Finally, even if the two decision-makers agree the potential juror is suitable, the parties retain the right to challenge the individual in order to exclude them from the jury.

With those background details as to when, why and how we have jury trials, I will turn to some of the controversies surrounding juries in Canada.