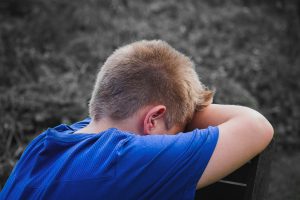 In April 2003, the Youth Criminal Justice Act (YCJA) replaced the Young Offenders Act. The YCJA sets out the justice system that applies to young persons – aged 12 to 17 – charged with an offence in Canada. Children under 12 cannot be charged with a crime. The YCJA looks at your age when the crime was committed.

In this article, I will summarize some of the stages of the youth justice system.

What happens if the police catch me?

If extrajudicial measures are not appropriate, the police can lay charges or give you a ticket. They may or may not arrest you, depending on the offence you committed.

What happens if the police charge me?

1. The police will give you a document that says when you must appear in court.

It may be called a Promise to Appear or a Recognizance. You must report to court on that day or there may be further consequences. All youth are eligible to receive representation by a lawyer through Legal Aid Alberta. Contact Legal Aid Alberta for more information.

Judges have a wide range of sentencing options available, with custody usually being a last resort.2. The police will contact your parents or guardians.

There is an exception: if you were under 18 when you committed the crime but are at least 20 years old when you first appear before a youth justice court, your parents do not have to be notified.

3. The police can hold you in custody until your court hearing.

At a bail hearing, a judge or justice of the peace will not release you if:

A serious offence is an indictable offence for which the maximum punishment for an adult is five years or more in jail. The YCJA specifically states that police cannot hold you in custody as a substitute for appropriate child protection, mental health or other social measures. The court may also order that you be placed in the care of a responsible person instead of being held in custody.

If you are released until your court hearing, you may have to comply with various conditions. If you do not comply, there may be further consequences.

4. You must attend the court hearing.

At the court hearing, the court may decide that you are eligible for extrajudicial sanctions. You may be eligible:

You must also admit responsibility for the offending behaviour and agree to participate in the program.

All youth are eligible to receive representation by a lawyer through Legal Aid Alberta.If you proceed with extrajudicial sanctions, you will be referred to a probation officer or a youth justice committee for an intake meeting (or “conference”). They will meet with you and work with you to create conditions that are meaningful and achievable for you. Your parents, social worker and other supports may also be included in the conference. Conditions are meant to recognize and repair the harm you have done to those affected by your actions. For example, if you are being charged with shoplifting, your conditions might include writing a letter of apology to the store, reflecting on your behaviour, community service or personal service (for a family member). If you successfully complete the agreed upon conditions within the given time period (usually 3-4 months), the charges will be withdrawn – meaning they will not appear on your record. If you do not complete the conditions, the charges will remain.

There are various youth justice committees across the province, each with different focuses. One example of a youth justice committee is the Youth Restorative Action Project (YRAP) in Edmonton. This organization is run by youth, for youth. It works with youth affected by a variety of significant social issues including substance abuse, homelessness, family violence and prostitution. In addition to convening conferences under the YCJA, YRAP provides ongoing supports to youth in the community through its mentorship program and weekly drop-in events.

If you are not eligible for extrajudicial sanctions, or you do not successfully complete your extrajudicial sanctions, the Crown prosecutor will proceed with the charges against you. If you plead “guilty”, the judge will sentence you (at a separate hearing). If you plead “not guilty”, there will be a trial. Do not enter a plea until you speak with a lawyer. At the trial, if the Crown prosecutor successfully proves that you committed the offence, the judge will find you guilty and sentence you.

What will my sentence be?

Extrajudicial sanctions can also be used before you are charged with an offence.Youth justice committees, such as YRAP, can also get involved at the sentencing stage. They may meet with you and brainstorm sentencing options. They will present their sentencing recommendations to the judge in a pre-sentence report. The judge can accept, change or ignore the recommendations. Ultimately, your sentence is up to the judge.

Judges have a wide range of sentencing options available, with custody usually being a last resort. In 2016-2017, only 13% of guilty youth cases received a custody sentence, compared to 38% of guilty adult criminal court cases. Options include:

If you are sentenced to custody, you will be held in a youth custody facility until you are 18. Once you turn 18, you can be moved to an adult corrections facility.

The judge can sentence you as an adult, instead of a youth, for your crimes if:

How long does my youth record last?

As a general rule, your name cannot be published if you are accused or found guilty of a crime as a young person. (The rules change if you are sentenced as an adult.) The YCJA also sets out who has access to your records and for how long, usually depending on what type of sentence you receive. For more information, see the Government of Canada’s Youth Records webpage.

In the next issue of LawNow, we will be looking at Instagram and Snapchat’s Terms and Conditions. Just what are you agreeing to when you click that button without reading?