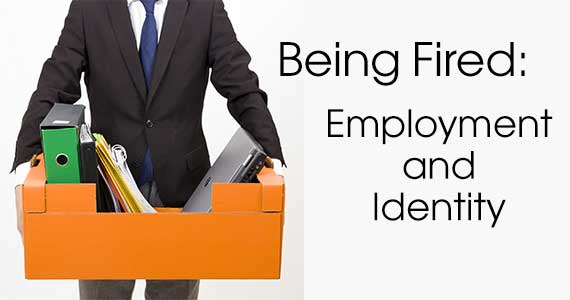 Clearing Your Name: Some Basic Rules if You’ve Been Fired for Fraud

You’ve just been fired. It’s probably affecting you financially and emotionally to a great degree. Worse yet, your (now former) employer is saying it is “for cause” or “just cause”, possibly because of as serious an accusation as committing fraud or theft against the company. A just cause firing is not accompanied by notice or by a severance payment, with the implicit understanding that the employee’s conduct has been sufficiently bad as to waive those rights.

The impact being fired has on someone is very well recognized in Canadian law. This can be seen in three Supreme Court of Canada cases. In Reference Re Public Sector Employee Relations Act (Alta.), [1987] 1 SCR 313, the Court said that “a person’s employment is an essential component of his or her sense of identity, self-worth and emotional well-being.” The Court applied this opinion to employee firings in Machtinger v HOJ Industries Ltd., [1992] 1 SCR 986, in which it said that “it has been pointed out that the law governing the termination of employment significantly affects the economic and psychological welfare of employees.” The question that arises is what happens when an employer unjustly fires an employee without recognizing this impact on his or her life, and what a fired employee can ask for if he or she seeks to be compensated.

Courts can give certain remedies and not others. The general rule is that when people sue and win, they get put back in the position they were before they were wronged. However, certain conduct on the part of the employer can change that. In Honda Canada Inc. v Keays, 2008 SCC 39, an employee was fired for refusing to meet with an employer-selected doctor after the employee provided doctor’s notes which the employer did not accept as legitimate. He sued for wrongful dismissal, eventually receiving  damages for mental distress. This was a sum set by the Court that exceeded the amount that would have put him in the situation he was in before. Keays’s state of mind following his firing was a significant factor in the Supreme Court of Canada’s reasoning. These damages are colloquially called “Honda Damages” after this case. They are different from aggravated or punitive damages, neither of which the Supreme Court of Canada felt Keays should receive, in that they do not require the employer to act in a particularly egregious manner. All that was required for Keays to receive mental distress damages was for his employer to reasonably foresee the mental distress that would ensue from his firing and to gain from it financially, both of which happened.

Keays’s state of mind following his firing was a significant factor in the Supreme Court of Canada’s reasoning. The trial judge’s description of Keays’s condition explains the original award of mental distress damages the Supreme Court left intact even when it overturned the other special damage awards: “The devastating impact of the termination on Mr. Keays was confirmed by his life partner, Mr. Crews, as well as his physician, Dr. Morris, who almost immediately diagnosed an adjustment disorder with depressive symptoms. Courts cannot reinstate people into their old jobs, nor can they temporarily reinstate fired employees while a lawsuit is ongoing.   He experienced a sense of loss for co-workers he would not be seeing again.”(2005 CanLII 8730 (ON SC)) The mention of co-workers draws the employee’s sense of self at work directly into the discussion. Although his employer demonstrated suspicion toward the extent of the employee’s disability, Honda Canada was not found to have “set him up” through the request to see the employer-approved doctor, nor did it launch any concrete accusations. The bar the Court set for punitive damages was too high to be met here: “punitive damages are restricted to advertent wrongful acts that are so malicious and outrageous that they are deserving of punishment on their own.” Respecting Keays’s self-esteem was about compensating him, not about punishing his employer.

The awarding of damages for mental distress follows the reasoning of earlier cases like Trask v. Terra Nova Motors Ltd., 1995 CanLII 9836 (NL CA). In that case, Trask was fired after seven years of employment for a single supposed theft incident that the employer was unable to prove. The employer then phoned its competitors to alert them of the supposed theft in the event Trask decided to seek employment with them. If you are in a unionized workplace and you are fired, make sure to read your collective bargaining agreement in order to see what your rights and obligations are. The damage to Trask’s reputation cut to his core: “Carl Trask’s father testified that, because of Carl’s difficulty in finding employment, he is ‘tied up in knots’. He spends all his time at home and rarely goes out, either at night or day. From a cheerful person he has turned into somebody who rarely laughs. Carl Trask testified that he finds it very stressful when he goes outside his home because people ask where he works. He suffered frustration and a loss of self esteem from his inability to find new permanent employment.” This evidence was crucial to the Newfoundland Court of Appeal’s upholding of a mental distress damage award assessed at trial.

It is important to note, though, that getting put back in the position you were in before or receiving other damages refers to money. Courts cannot reinstate people into their old jobs, nor can they temporarily reinstate fired employees while a lawsuit is ongoing. In Sharma v London Life Insurance Co., 2005 CanLII 27324 (ON SC), two employees fired for a fraud accusation asked to have their old jobs back while their wrongful dismissal suit was ongoing, as well as to force their former employer to write letters to their old clients explaining that the Sharmas had not committed fraud. …settlement agreements can include apologies, reinstatement, or any number of other provisions the parties agree to include.  The court sympathized with their situation but denied their application, saying that it did not have the power to make their former employer do either of those things.

An exception to this rule is that it is common in unionized workplaces for labour arbitrators to be able to reinstate fired employees. If you are in a unionized workplace and you are fired, make sure to read your collective bargaining agreement in order to see what your rights and obligations are. That document is often available in a small, “pocket” form.

The usual alternative to a trial is to settle the dispute out of court. The vast majority of cases settle, either during negotiations between the parties or with a third-party neutral mediator present. Unlike the rigid rules and often limited variety of solutions seen in court, settlement agreements can include apologies, reinstatement, or any number of other provisions the parties agree to include. Settlements generally do not include admissions of liability or guilt from either side. It should be highlighted that following this option only allows someone to receive what the other party is willing to give, and if the firing was particularly acrimonious, this may not be much.

Being fired can be among the worst experiences of a person’s life. Being fired while accused of fraud or theft can be damaging to someone’s reputation, career path, self-esteem and sense of self. Courts consider this reality when setting remedies and damages, which is important in wrongful dismissal lawsuits to employees and employers alike.