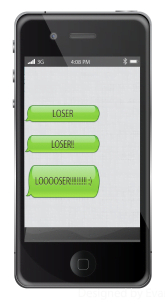 Should a student be suspended or expelled for posting a video on the Internet that mercilessly humiliates another student? Should a school principal be able to search a student’s cellphone much like a school locker? What should happen to those students who intentionally post information about a fellow student that causes them to contemplate suicide?

Such questions arise following the tragic recent death of Rahtaeh Parsons, a 17-year-old Nova Scotia girl who died in April 2013, after hanging herself. The suicide was in response to a picture, shared around Rahtaeh Parsons’s school, of an alleged sexual assault involving her.

This deeply sad incident occurred on the heels of the suicide of 15-year-old B.C. teenager Amanda Todd, who experienced months of cyberbullying which started after pictures were posted of her on the Internet. Shortly before Amanda took her young life, she posted a YouTube video documenting her suffering.

Cyberbullying is generally known as electronic communication intended to, or that could reasonably be expected to, cause fear, intimidation, humiliation, distress or other damage or harm to another person’s health, emotional well-being, self-esteem or reputation. It often manifests itself by students, the effects of which are experienced at school. Cyberbullying can include:

It goes without saying that children can suffer harm through cyberbullying, including loss of self-esteem, anxiety, fear and school drop-outs. Moreover, victims of cyberbullying are almost twice as likely to report that they attempted suicide compared to young people who have not been bullied. For more information about this, we recommend Nova Scotia’s Task Force Report on Bullying called Respectful and Responsible Relationships: There’s No App for That.

As this Report notes, the anonymity available to cyberbullies makes it easier to bully because it removes the traditional power imbalance between the bully and victim, and makes it difficult to prove the identity of the perpetrator. Anonymity allows young people, who might not otherwise engage in bullying, the opportunity to do so with less chance of repercussion. It is easier to be anonymously bold electronically than to be bold directly to someone’s face. (Please see YouTube’s Talent Show, Cyberbullying Prevention Commercial.)

The Todd and Parsons incidents thrust the issue of cyberbullying into the legislative spotlight. British Columbia, Alberta, Ontario and Nova Scotia, among other provinces, provided legislative responses to cyberbullying to assist victims and their families, and to ensure that school administrators have the tools they need to deal with cyberbullying on and off school property.

In April 2013, Nova Scotia introduced the Cyberbullying Safety Act which will create Canada’s first cyber-investigative unit and allow families and victims to get protection orders from the court to ban a person from contacting the victim, talking about them online, or using any form of electronic communication. The Act provides for significant search-and-seizure powers permitting an investigative squad (without notice to the alleged cyberbully) to enter homes, remove computers and cellphones, and obtain records of everything an individual has done on the Internet including obtaining all texts that the purported cyberbully sent and received. The Act also provides that victims can sue cyberbullies and, if the cyberbully is a minor, their parents could be responsible for the damages. School principals in Nova Scotia will also have clear authority to act against bullying and cyberbullying on or off school grounds.

Ontario’s Accepting Schools Act requires school boards and schools to prevent bullying, mete out tougher punishment for bullying and support students who want to promote understanding and respect for all, including requiring school boards to:

British Columbia introduced its Erase Bullying strategy in June 2012 and dedicated $2 million to train educators and others to recognize and address threats. In November 2012, at B.C.’s request, a national working group discussed the issue of cyberbullying and considered whether the Criminal Code should be amended to address implications associated with cyberbullying.

As part of its major revision to the current School Act, Alberta added a definition of ‘bullying’ in the new Education Act, which is expected to become law in 2015. Some have suggested that the new ‘bullying’ provisions in the Education Act are some of the strongest in the country.

The proposed Education Act defines “bullying” as repeated and hostile or demeaning behaviour by an individual in a school community which is intended to cause harm, fear or distress to one or more other individuals in the school community, including psychological harm or harm to an individual’s reputation. The Act describes what is expected of Alberta students when it comes to bullying: they are to refrain from, report and not tolerate bullying or bullying behaviour directed toward others in the school, whether or not it occurs within the school building, during the school day or by electronic means. Worthy of note is that the Act creates a positive obligation on students to report bullying.

It also makes it an obligation on Alberta school boards to offer a “welcoming, caring, respectful and safe learning environment that includes the establishment of a code of conduct for students that addresses bullying behaviour.”

The Proposed Legislative Responses are not a Full Answer to Cyberbullying

While the proposed legislative reforms are not expected to stop student cyberbullying, the reforms are intended to provide tools to courts, the justice system, school administrators, victims and their families to deal with cyberbullying and its effect in schools. It is a step in the right direction. The legislation sends a strong message about cyberbullying – this type of behaviour is not acceptable in our society.

Lessons can also be learned from the American legislative experience. In June 2010 the New York Times ran a opinion article about New York’s legislative requirement that schools implement an anti-bullying curriculum, investigate incidents of bullying and report certain cases to the police. As noted in Education Law Blog, the New York article explores how cyberbullying is being treated in the U.S. by judges and lawyers, schools, victims and their families. One issue considered is that cyberbullying raises the common question for schools about the limits of their jurisdiction and whether (and to what extent) schools are responsible for off-campus student conduct. Under Alberta’s proposed Education Act, cyberbullying extends beyond the school walls and gives authority to school administrators to address cyberbullying that occurs off school property.

While laws alone may not create kinder communities or teach children how to get along, the current legislative reforms empower school boards to appropriately address cyberbullying and send a strong message to students and their parents – cyberbullying is unacceptable, it will be addressed and will not be tolerated.

If cyberbullying is an issue your child is experiencing, we recommend you talk to your school principal and police (depending on the circumstances). You may also wish to consult Need Help Now, which is a website designed to instruct teens and their parents on how to deal with cyberbullying and how to remove pictures from the Internet.

Teresa Haykowski is a partner with the firm of McLennan Ross LLP in Edmonton, Alberta.