A Website of The Centre for Public Legal Education Alberta
You are here: Home / Special Report / 39-4: Romance and the Law / Married vs. Common Law – What’s the Difference Anyway?
Reading Time: 6 minutes 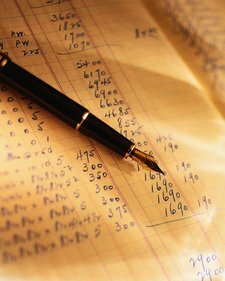 Most individuals who have recently wed realize this will change their income tax status, but common law couples often fail to realize they may also be considered married by the Tax Man. Many are surprised to learn that a different set of rules applies the next time they file their income tax returns. Ultimately, the Income Tax Act affords married and common law couples the same advantages and disadvantages. This article provides a basic overview of how married and common law are defined for purposes of the Income Tax Act of Canada (“ITA”) and some tax advantages and disadvantages associated with married/common law status.

Married
The ITA does not specifically define married, so the ordinary definition – two people legally united in marriage – applies.

Common Law
The ITA defines a common law partner as a person (opposite or same sex) with whom the taxpayer lives in a conjugal relationship, and at least one of the following applies:

In determining whether two individuals are living in a conjugal relationship, the courts evaluate seven main factors:

These factors were cited in the case of Hendricken v. The Queen, 2008 TCC 48. Paragraph 12 of this case expands on each of these  factors.

For couples without children, this means they become common-law partners one year after they move in together. Under these definitions, it is possible for a legally married person to also have a common law spouse (or multiple spouses).

Spousal Tax Credit
If one spouse had net income less than their basic personal amount in the taxation year ($11,327 in 2015 indexed for inflation), the excess may be transferred to their spouse. Where one spouse had no income in 2015, the other would claim a married credit based on $11,327, for a federal tax savings of $1,699. Provincial credits are available as well, in varying amounts.

Transfer/Optimization of Personal Tax Credits
Married couples can optimize the use of their personal tax credits by transferring or combining credits on their tax returns.  Spouses qualify for CPP survivor benefits, and may also qualify for survivor benefits from other pension plans. Application for such benefits often results in a review of past income tax filings to determine whether married/common law status was reported historically.Some credits that may be transferred include: the age credit; pension income credit; disability tax credit; and tuition credits.

The Canada Revenue Agency also allows charitable donations made by either spouse to be claimed on one spouse’s return to take advantage of a higher credit on donations exceeding $200.

Pension Income Splitting
Married couples can split up to 50% of their eligible pension income on their income tax returns. When each partner is in a different tax bracket, this reduces the couple’s taxes by allowing the higher-taxed spouse to shift some income to the lower-taxed spouse.  This can also reduce exposure to Old Age Security repayment for higher income individuals.

Transferring Assets Without Triggering Gains
Capital property such as the matrimonial house, family cottage, or non-registered investments may be transferred between the married couple on a tax deferred basis. The ITA allows one spouse to transfer capital property to the other spouse at their cost amount, realizing no gains. Careful planning is necessary to ensure the attribution rules (discussed below) are addressed. An election could be made to transfer at fair market value if they wish to realize any gains.

Canada Pension Plan Benefits
Spouses qualify for CPP survivor benefits, and may also qualify for survivor benefits from other pension plans. Application for such benefits often results in a review of past income tax filings to determine whether married/common law status was reported historically.

Tax Disadvantages of Being Married

Attribution Rules
Married couples generally cannot transfer investment income by transferring investment assets. Income and capital gains (or losses) on assets transferred attribute back to the spouse who transferred the asset. For example, if Betty transfers her TELUS shares to her spouse, Barney, any dividends he receives are properly taxable to Betty, as are any capital gains (or losses) on the sale of the shares. Further any investments Barney acquires with the proceeds on a sale of the TELUS shares are also subject to this attribution. The attribution rules are complex, and asset transfers can, with careful planning, be structured to allow the income and capital gains to properly be taxed to the recipient of the assets.

Potential Loss of Benefits
Eligibility for certain benefits such as the Guaranteed Income Supplement, Canada Child Tax Benefit or the GST Credit are determined based on family net income for a married couple. If either spouse qualified for these benefits before they were married, they may be reduced or lost based on their family net income.

Loss of Principal Residence Exemption
The capital gain on the sale of a principal residence is tax exempt if the property is designated. Where a married couple incurs tax-deductible child care expenses, the deduction must normally be claimed by the lower income spouse. If one spouse owned a home and the other owned a cottage, the capital gain on the sale of both properties could be exempt if they were not married.  Once the couple is married, they will only be able to designate one home as their principal residence, and any capital gain on the sale of the other property is taxable.  Some of the gain may still be exempt if they owned the property before they became married. See “Your Principal Residence and Taxes” in the July 1, 2013 issue of LawNow.

Loss of Eligible Dependent Credit
Single individuals may claim an eligible dependent credit for a minor child in their care. This credit is equivalent to the married credit, but is not available to a person who is married throughout the year.

Child Care Expenses
Where a married couple incurs tax-deductible child care expenses, the deduction must normally be claimed by the lower income spouse.

When the relationship doesn’t work out, it is important to note that the ITA also has specific rules on when an individual is considered to be single.

For married couples, the 90 day rule is also applicable. However, subsequent to 90 days, married individuals will be considered separated for income tax purposes. For individuals exiting a common law relationship, they will not be considered single for income tax purposes until the relationship has ceased for a period of at least 90 consecutive days due to a breakdown in the relationship. The single marital status will not be applied until such time as the divorce (cessation of a legal marriage) is finalized.

While many of the tax rules related to separation and divorce apply equally to common law and married couples, there are some complex cases, particularly where the couple owns an interest in a private corporation, where the tax treatment depends on the marriage continuing. The date of divorce is under the couple’s control. As noted above, the date a common law relationship ends is not. These provisions can be extremely complex and mandate specialized advice being obtained.

In conclusion, there are many issues that couples, both young and old need to be aware of when entering into or exiting out of a marriage or common law relationship. Often, the tax implications are overlooked in addressing other issues like pre-nuptial agreements, future asset division, and revision of Wills. Being mindful of these issues can help maximize the benefits for the couple and avoid some potentially negative tax consequences that could arise due to poor planning. Professional advice should always be sought to ensure that the proper precautions and planning aspects of a change in marital status are taken into consideration.

Brad Taylor, CA, TEP, is a manager in the taxation department of Kingston Ross Pasnak LLP in Edmonton, Alberta.