A Website of The Centre for Public Legal Education Alberta
You are here: Home / Archives for common law spouse 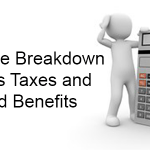 Significant financial and non-financial issues arise during the breakdown of a relationship.  This article addresses the various tax claims and related benefits for children that should be considered in the finalization of a separation or divorce agreement.  These issues can also be relevant for … END_OF_DOCUMENT_TOKEN_TO_BE_REPLACED 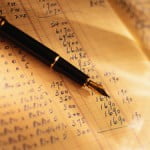 Introduction Most individuals who have recently wed realize this will change their income tax status, but common law couples often fail to realize they may also be considered married by the Tax Man. Many are surprised to learn that a different set of rules applies the next time they file their … END_OF_DOCUMENT_TOKEN_TO_BE_REPLACED

Ronald Carrigan had a legal spouse, whom he married in 1973, and a common law spouse, whom he began living with in 2000. He died in 2008. Both spouses claimed the death benefit under his pension. One provision of the Ontario Pension Benefits Act states that the person who is his or her spouse on the … END_OF_DOCUMENT_TOKEN_TO_BE_REPLACED