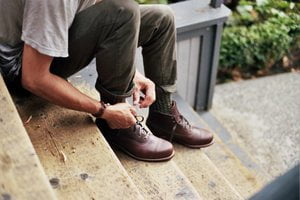 According to law professor Jane Bailey, inaccessibility of justice is becoming an increasingly prevalent problem for middle-class Canadians. Exorbitant fees and lengthy timelines often act as barriers for many who may be interested in having their concerns formally heard and addressed through the legal system [1]. Judicial capacity to grant public interest standing, she argues, is an effective way to bring a legal challenge forward when there are no other reasonable and effective alternatives, by allowing litigants the chance to challenge government actions that could have broad social effects. This article seeks to provide a very brief overview of public interest standing, before turning to look at how the line of Bedford cases contributes to the conversation.

As Justice Himel wrote in 2010, there “has been a long-standing debate in this country and elsewhere about the subject of prostitution. The only consensus that exists is that there is no consensus on the issue.” (Bedford v Canada (Attorney General), 2010 ONSC 4264) While adult prostitution has never been a crime in Canada, the place of sex work within the Canadian legal system remains highly stigmatized and continues to generate debate that both supports and condemns the practice.

In 2010, three former and current sex trade workers – Terri Jean Bedford, Amy Lebovitch and Valerie Scott sought an order to declare three Criminal Code provisions that regulate prostitution – s. 210: keeping/occupying a bawdy house, s.212(1)(j): living off the avails of prostitution and s.213(1)(c): communicating for the purposes of prostitution – illegal. The court held that all three applicants were entitled to private interest standing because in being unable to “engage in their livelihood, either safely or at all, by the provisions,” they “have a direct, personal interest in the outcome of this application that is different than the general members of the public.” While adult prostitution has never been a crime in Canada, the place of sex work within the Canadian legal system remains highly stigmatized and continues to generate debate that both supports and condemns the practice. The Attorney General of Canada did not dispute Ms. Lebovitch’s private interest, because she was working as a prostitute at the time of hearing. However, because Ms. Bedford and Ms. Scott were no longer employed as sex workers at the time, the Attorney General of Canada argued that they were not in a position to be awarded private standing.

Accordingly, one of the court’s considerations was whether Ms. Bedford and Ms. Scott should be granted public interest standing instead. Justice Himel noted that while the applicants “raised a serious issue as to the constitutional validity of the impugned provisions and have a genuine interest in their validity,” they failed to establish that there was “no other reasonable and effective way to bring the issues raised in this application to court” and as such, could not be successful in gaining public interest standing.

The Attorney General of Canada appealed Ms. Bedford and Ms. Scott’s standing to bring the constitutional challenge; this was considered in brief by the Ontario Court of Appeal two years later, in 2012 (Canada (Attorney General) v. Bedford, 2012 ONCA 186) . In its written judgment, the court reiterated that Ms. Lebovitch had private interest standing to challenge the three impugned provisions. The Court held that because this places “all the constitutional issues squarely before the application judge and now places them before this court,” “Ms. Bedford’s and Ms. Scott’s standing is irrelevant” and as such, was not further discussed in that case, or in the Supreme Court’s written judgment, released in 2013.

The refusal of higher courts to address matters of public interest standing in further considerations of Bedford is unfortunate, because the Ontario Superior Court’s assessment was released two years prior to the SWUAV decision, which radically changed the third branch of the test. While it’s true that Ms. Lebovitch’s private interest in the matter renders further discussions of public interest standing irrelevant, it would undoubtedly have been fascinating to see such significant changes to the law within such a narrow frame. The importance of public interest standing as a method of allowing those without a personal claim to voice concerns about our laws is certainly vital to broader issues of accountability and as such, should not be overlooked.