A Website of The Centre for Public Legal Education Alberta
You are here: Home / Feature Articles / 29-3: Contracts / A Lease is a Contract
Reading Time: 7 minutes 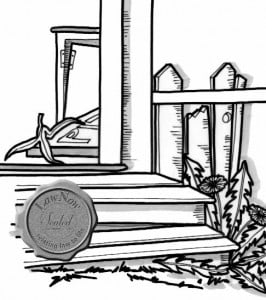 Most of us do not think of ourselves as negotiators and deal-makers. The reality is that in our everyday lives we are negotiating and making agreements all the time without really thinking about it. Some of the agreements are purely personal matters without any legal implications. Other agreements fall into the category of legal contracts, often without us realizing it. Every time you purchase an item in a store you are entering into a contract with the store owner. Every time you buy a bus ticket, book a holiday, or rent a place to live, you are making a legal contract.

Most of the time, we do not worry about the legal aspects of the everyday contracts that we make. It is only when something goes wrong with the agreement that we have to go back and establish what it is that we agreed to. We have to see if all those involved played their parts in the arrangement and whether we have any remedy. Of course, it is then too late to reinvent the contract, and we realize that we should have paid more attention at the beginning to what was being agreed upon. If we are talking about the purchase of a box of soap powder, obviously it is not a life-altering event. However, if we are instead talking about a lease agreement that affects where we are living, matters may become more serious. Therefore, it is important to understand how a lease agreement operates as a contract and business agreement.

What is a contract?

Implications of an agreement as a contract

The more immediate and practical implication of a lease agreement becoming subject to the law of contract is that the agreement will be covered by a set of rules concerning how the contract might be made, altered, interpreted, broken, and ended. When two or more parties enter into a legal contract, they become subject to legal obligations and responsibilities which have legal repercussions.

If someone takes legal action in relation to a contract, one of the things a judge or arbitrator will do to ascertain what the agreement was about is to try to find out what the intention of the parties was when they made the contract. The most important resource for this information will be the terms of the contract. A contract does not have to be in writing, but of course it is much easier to look at written words than to have to rely upon the recollections of the parties. As a party to a contract, it is also better for you to read those words carefully when you enter into the contract, rather than to try to give meaning to those words when something goes wrong.

The law relating to residential leases in Alberta

In Alberta, the Legislature has modified the common law as it applies to renting a place to live by passing the Residential Tenancies Act. The Act covers many aspects of the agreement that you make to rent a living space and imposes certain terms into the tenancy agreement. The terms will be included in the agreement whether or not you have even discussed them with the other party to the agreement. You cannot agree that these terms will not apply to your agreement. There are, however, many aspects of renting a place to live that are not covered by the Act and where the agreement between a landlord and tenant will define what is to occur between them. It is often these aspects that cause difficulties later rather than the clear-cut terms imposed by the Act, either because the parties simply don’t mention them or, if they are mentioned, the wording is vague or inconclusive.

Thus, there are two kinds of obligations that parties to a residential tenancy agreement will be subject to:

There are a few key areas that are not covered by the Residential Tenancies Act and which frequently cause difficulties between landlords and tenants in a lease situation: for example, the responsibility of the parties to carry out repairs to the property. Although the common law does include general statements in this area, it is far better for the parties to have considered this in some detail when they made the agreement rather than have to rely upon the general statements of the common law or the decision of a judge about what he or she thought they meant. Your lease agreement is your contract and you can be as detailed as you both wish in describing your responsibilities. As a tenant, if you are presented with a standard form lease, you should be clear about the obligations that are not imposed by the Act which you have freedom to agree to, or not.

Even within areas that are covered by the Residential Tenancies Act, there are areas that could be further defined by the parties in their agreement. For example, the Act requires a tenant to keep premises in a reasonably clean condition. This can mean different things to different people, so it is useful for a particular landlord and tenant to define what it means specifically to them. Another issue is that the Act does not require a security deposit to be charged or state definitively what it must be charged for. The Act only sets out rules for the maximum deposit and how the deposit must be invested, returned, or accounted for to the tenant. If a deposit is charged it is very helpful to spell out in the agreement what it is being charged for: for example, as a deposit for lost keys, for damage to the property, or for cleaning costs.

However a landlord can still take legal action against a tenant on the basis of the agreement that they made if he or she feels the agreement is not being kept. If the agreement states that a tenant will restore property and items beyond the standard of normal wear and tear, it is possible for the landlord to claim this from the tenant, even when no inspections took place. It could be argued in reply by a tenant that a landlord should not be able to claim money indirectly, when he or she is forbidden to claim it by deducting from the security deposit. However, far better to be aware of the possibilities when agreeing to the lease contract and ensure that you are fully protected by the terms.

It is worth noting at this point that the Residential Tenancies Act does not cover all situations where premises are rented for residential purposes. In particular, living quarters that are actually shared with a landlord are not covered. In that situation, and others excluded by the Act, the agreement between the parties will indicate what the parties have agreed to.

The Residential Tenancies Act provides remedies for landlords and tenants when it is alleged that one or the other of them has broken a term of the agreement, either a term implied by the Act itself or a term written in by the parties independently of the Act. Some actions by either party will be relatively clear cut and will not depend upon an interpretation of the agreement: for example, whether a landlord has given the required amount of time for notice to end a tenancy. Other actions will depend entirely upon what the parties agreed to in their contract: for example, was it intended for the tenant to maintain the yard?

It is therefore extremely important to remember when entering into a lease that it is a contract. Although there is some statutory relief, the obligations in your agreement can still bind you significantly. Far better to be aware of any potentially ambiguous or difficult terms before you enter into the agreement rather than at the point when disagreements arise.

For more information on landlord and tenant law in Alberta see www.landlordandtenant.org.

Lynn Parish is an Edmonton lawyer who currently works as Hearing Chair for the Alberta Appeals Commission for Worker's Compensation.