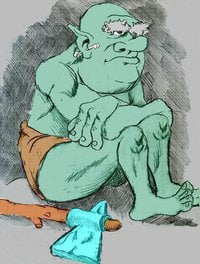 In Canada and other countries this occurs, among other means, under a Norwich Order.  Such an order is a discovery mechanism occurring before a lawsuit is filed that compels a third party to provide certain information in its possession.

Recently, the courts have begun to become aware that sometimes plaintiffs used this information to seek to intimidate the alleged defendants to agree to settlements.  Where such intimidation tactics are based on claims of copyright infringement, such plaintiffs have been described as ‘copyright trolls’.  As a result, the courts have begun to set limits on the information about the anonymous Internet user and balance the needs of justice and expectations of privacy.

To bring some context to the discussion it is important to note that, over the past few decades, there has been a continuing drive to expand copyright protection with new and additional rights, longer terms, and increasingly, to provide for statutory damages that bear no resemblance to the actual damage caused.  Statutory damages are amounts that a court can award without the plaintiff having to prove any actual harm.  With the increase in such rights of copyright owners there has begun a new troubling development, copyright trolls.

Copyright trolls refer to a business model where an alleged copyright holder sends demand letters to a large number of alleged defendants and asserts infringement of copyright and seeks to assert a claim for fairly significant damages which it seeks from the alleged defendant to settle the caseCanada and other countries this occurs, among other means, under a Norwich Order.  Such an order is a discovery mechanism occurring before a law suit is filed that compels a third party to provide certain information in its possession. . The plaintiff often obtains details of the alleged defendant’s identity under a Norwich Order.  In many cases the third party (often an ISP) typically does not defend and so there is no one looking at the interests of the alleged defendants.  Such persons may be innocent of the alleged infringement, for example, as the account holder of an IP address may not in fact be the infringer or the taking may not in some cases be infringement.

The Federal Court in Voltage Pictures LLC v. John Doe and Jane Doe, 2014 FC 161 (not yet published online), provides insight into the growing business model of copyright trolls, giving rise for the courts to be more mindful of playing a role in this  potentially abusive behaviour.

In the Voltage case, while the ISP did not participate in the proceeding, the Samuelson-Glushko Canadian Internet Policy and Public Interest Clinic (CIPPIC) was granted leave to intervene and opposed the motion, filing evidence as to copyright trolling behaviour and directing the court’s attention to U.S. and U.K. jurisprudence.

The CIPPIC evidence was that, in a number of cases, the demand letters may be quite misleading and may misstate the rights or positions of the parties.  Often, the alleged defendants will pay the demanded amount, or settle for some payment as they do not want to incur the cost of litigation, or are embarrassed (in the case of allegations pertaining to infringement of pornographic videos).

A copyright owner may not know the identity of an infringer and may require the assistance of a third party to obtain that key information.

Such an order is an extraordinary order and is discretionary.  In BMG Canada Inc. v. Doe, 2005 FCA 193 (CanLII) the Federal Court identified the following principles as governing a decision to grant such relief:

A copyright owner may not know the identity of an infringer and may require the assistance of a third party to obtain that key information.

The Court also addressed privacy arguments by noting that the enforcement of the plaintiff’s copyrights outweighs the privacy interests of affected Internet users.  The Court did note that the courts must ensure that, in granting a Norwich Order, privacy rights are invaded in the most minimal way possible.

Limitations on a Norwich  Order

The Court reviewed the principles arising from U.S. and U.K. jurisprudence dealing with similar orders, and the abuses and egregious tactics identified where no safeguards were put in place in such orders.   Judicial reaction to the copyright troll behavior has included this observation “So now, copyright laws originally designed to compensate starving artists allow starving attorneys in this electronic-media era to plunder the citizenry.”

The Court also noted that the damages claimed in these mass infringement cases often far exceed any actual harm that may have occurred.

The Court identified a non-exhaustive list of considerations for a Canadian court to consider in these cases:

The Court noted that the remedy was discretionary, and while there was some evidence that Voltage had been engaged in litigation which may have had an improper purpose, the evidence was not sufficiently compelling for the Court to make a definitive determination of Voltage’s motive. Hence, with the BMG factors being met, the Court granted the order, albeit with safeguards.

The rise of copyright trolling behaviour has resulted in the courts balancing privacy and principles of justice to put in place safeguards while still providing a remedy available for plaintiffs pursing infringements of their rights.