A Website of The Centre for Public Legal Education Alberta
You are here: Home / Feature Articles / 44-4: Climate Change / Canada’s Carbon Tax Laws: Where are we now?
Reading Time: 8 minutes 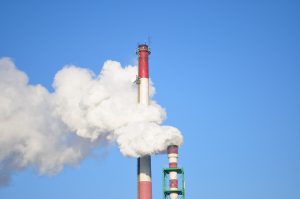 On June 21, 2018, Canada’s Greenhouse Gas Pollution Pricing Act (the Act) came into effect. Part 1 of the Act imposes a surcharge on fuels such as gasoline, fuel oil, propane, kerosene and methanol. Distributors of the fuel pay the surcharge though the cost would likely be passed down to consumers. Part 2 of the Act applies to large industrial facilities that emit greenhouse gases (GHG). Facilities have a limit on the amount of GHG they can emit each year. If they go over that limit, they must pay through a credit system or an excess emissions charge or both. Government and media have affectionately referred to these fees as a carbon tax.

But here’s the kicker – Part 1 or Part 2 or both only apply to provinces that do not have a scheme that is acceptable to Canada. That is, the provinces can create their own carbon tax scheme but it must meet Canada’s goals. If a province does not have an acceptable scheme (or no scheme) in place, then the federal Act kicks in as a backstop.

Three provinces – Alberta, Saskatchewan and Ontario – asked their respective appeal courts to review the Act and provide an opinion on whether it is constitutional. Specifically at issue was whether Parliament has the power to enact this legislation under the Constitution Act, 1867 or if the power to enact this type of legislation rests with the provinces. We call this type of issue a division of powers issue.

Why do we care?

… whatever the Supreme Court of Canada decides is what all Canadians must live with, whether we agree with the outcome or not.We care about these decisions because they impact the federal and provincial governments’ response to climate change. But we also care about these decisions because of what they say about our judicial system and how we engage with it. Let’s break down the numbers:

To be frank, this is a complicated matter. And I don’t just mean climate change. I also mean what power each level of government has to make laws about certain topics. In this case, the topic happens to be the environment and greenhouse gas emissions. But the same legal principles apply regardless of the topic. One hopes, anyways.

When read together, the 8 opinions are a fascinating study of legal reasoning and passion. They are difficult even for a lawyer to understand, let alone someone with very little, or no, legal training.

For the most part, the three courts discuss two major legal principles:

Federalism refers to Canada having two levels of government: provincial and federal. Under our constitution, each level of government has power to make laws about certain areas. Section 91 of the Constitution Act, 1867 sets out a list of areas (called heads of power) over which the federal government has jurisdiction to make laws. Section 92 lists heads of power which the provincial governments have jurisdiction to make laws applicable in their own provinces. Federalism is a “foundational feature of Canada’s constitutional architecture and defining characteristic of Canada as a nation” (at para 130 of the Alberta Court of Appeal decision). When there is confusion over whether the federal or provincial governments have jurisdiction over a certain area, this is a division of powers problem.

The opening words to s. 91 of the Constitution Act, 1867 say that Canada has the following power, in addition to the heads of power listed:

to make Laws for the Peace, Order, and good Government of Canada, in relation to all Matters not coming within the Classes of Subjects by this Act assigned exclusively to the Legislatures of the Provinces.

Each of these decisions comes down to how the justices characterize the subject matter of the Act.We call this power “POGG” (peace, order and good government). POGG is a residual power that the federal government has to make laws about the heads of power not specifically listed in s. 92 of the Constitution Act, 1867. The provinces also have a residual power over all matters of a local or private nature in the province, set out in s. 92(16). The drafters of the constitution realized there would be new things that would come up that they couldn’t think of then. How right they were! Climate change was not on anyone’s radar in 1867.

Any new heads of power assigned to the federal government under the national concern branch of POGG must have three characteristics: singleness (not too broad of a focus), distinctiveness (must be qualitatively different from the other listed heads of power), and indivisibility (must be a head of power that Parliament should obviously have).

Canada argued in each court that the Act is constitutional as a valid exercise of its power under the national concern branch of POGG.

Where the Justices Agreed

Let’s start with where all three courts agreed. First, neither Parliament nor the provinces have exclusive jurisdiction over the environment. The Supreme Court of Canada has made this clear in previous decisions.

Second, the process for determining whether a law is constitutional or not requires answers to two questions:

Third, the court has no place in commenting on the usefulness of a law. That is a policy decision left to governments. The topic of climate change is a contentious one, with many opinions all over the board. But ultimately, our governments (provincial and federal) must create policies and laws that outline Canada’s response to climate change. In reviewing whether these laws are valid, the court is not examining the usefulness of the law or the government’s choice of policy in addressing the issue. The court simply focuses on the legal principles at play.

Where the Justices Disagreed

Each of these decisions comes down to how the justices characterize the subject matter of the Act. This characterization is necessary to answer the first question of the test described above.

The Saskatchewan Court of Appeal took the first kick at the can. The Saskatchewan government filed their request for review of the Act before the Act became law. The Court didn’t hear from provincial and federal lawyers though until after the law came into effect.

Canada argued that the Act was constitutional under its national concern power. It characterized the Act as being about “the cumulative dimensions of GHG emissions.”

The Court rejected Saskatchewan’s arguments. It also rejected Canada’s characterization of the Act for being too broad. Instead, the Court characterized the Act as being about “the establishment of minimum national standards of price stringency for GHG emissions”. Using this new characterization, the Court found that this matter could become a new head of power under the national concern branch of POGG. In other words, this characterization was focused, distinct and indivisible.

In the dissenting opinion, two justices found the surcharge under Part 1 of the Act to be a tax with a broad purpose of bringing about behavioural changes to reduce GHG emissions. They found Part 2 to be a regulatory charge for the purpose of regulating GHG emissions. In their opinion, the Act is unconstitutional.

Next up, Canada defended its Act before the Ontario Court of Appeal. Five justices heard the appeal. Four justices found the Act to be constitutional while one justice dissented.

Canada argued in each court that the Act is constitutional as a valid exercise of its power under the national concern branch of POGG.The majority of the justices also rejected Canada’s characterization of the Act as being about the “cumulative dimensions of GHG emissions”. Instead, the Court characterized the Act as being about “establishing minimum national standards to reduce greenhouse gas emissions.”

In the dissenting opinion, a fifth justice characterized the Act as simply being the regulation of GHG emissions.

Finally, it was Alberta’s turn. The province argued its case before the Alberta Court of Appeal in late December, 2019. Five justices heard the appeal. Four justices found the Act to be unconstitutional (one with a concurring decision). One justice dissented.

Canada asked the Court to recognize “establishing minimum national standards that are integral to reducing Canada’s nationwide GHG emissions” as a new head of power under the national concern branch of POGG. The Court found that the national concern doctrine only applies to s. 92(16) of the Constitution Act, 1867 – the province’s residuary power. It does not apply to other listed heads of power specifically reserved for the provinces in the constitution.

The majority characterized the Act as being “at a minimum, regulation of GHG emissions”. The majority reasoned that if it gave Canada the power to make laws about the regulation of GHG emissions, then Parliament could make laws that would certainly step into provincial jurisdiction, including the provinces’ power to develop and manage its non-renewable resources under s. 92A of the Constitution Act, 1867.

… the court has no place in commenting on the usefulness of a law. That is a policy decision left to governments.One justice wrote a dissenting opinion, that the Act is constitutional. In his opinion, the pith and substance of the Act is to “effect behavioural change throughout Canada leading to increased energy efficiencies by the use of minimum national standards necessary and integral to the stringent pricing of greenhouse gas emissions”.

Are you starting to see how problematic characterizing the Act is? And how it is not an exact science? The legal challenges to the Act have nothing to do with climate change as a policy. Rather, the three appeal courts were tasked with providing an opinion as to whether Parliament had the authority to make laws about the GHG emissions scheme detailed in the Act. Or if the Constitution Act, 1867 gives the provinces authority over this area instead. Fifteen justices from three appeal courts across the country couldn’t reach a consensus.

At this point, there is no other option but for this matter to go to the Supremes. And they’ll say, “Stop!” That is how our justice system works. Is it perfect? No. Does it mean that the Supreme Court of Canada justices are smarter than the other justices who have written opinions on this topic? No. But they do have the final say. And whatever the Supreme Court of Canada decides is what all Canadians must live with, whether we agree with the outcome or not. Stay tuned!