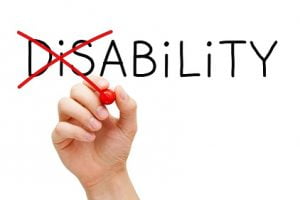 Employee alcohol and drug addictions in the workplace can be very difficult issues for employers to manage. Addiction is recognized as a mental disability, which means that employers cannot automatically terminate employees because of their addiction. On the contrary, employers are required to accommodate those employees to the point of undue hardship.

Section 7 of the Alberta Human Rights Act (AHRA) prohibits employers from discriminating against any person with regard to employment or any term or condition of employment because of a physical or mental disability (among others).

Section 44 (1) of the AHRA defines mental and physical disability as follows:

Employers, with safety-sensitive work environments, should ensure that they have alcohol and drug policies in place.Since addiction constitutes a disability protected under the AHRA, an employer cannot terminate an employee who has an addiction. The situation must be assessed to determine if there is an addiction or not.  If so, then the employer must make efforts to accommodate the employee (See: “CPHR Alberta, Addiction=Disability”).

Employees using alcohol or other drugs on the job may have a substance use problem and need treatment. Or they may be occasional users making a very poor decision. It is also possible that a worker with an alcohol or other drug problem never shows up for work obviously impaired, but their workplace performance is still affected. Research has shown that drinking any amount of alcohol immediately before or during the workday (including at lunch or company-sponsored events) is associated with work performance problems (See: “Alberta Health Services: It’s Our Business, Addressing Addiction and Mental Health in the Workplace” at p 3-52 [Alberta Health Services]).

Duty to accommodate refers to the employer’s legal obligation to take appropriate steps to eliminate discrimination resulting from a rule, practice or barrier that has—or can have—an adverse impact on individuals with disabilities. Efforts to accommodate are required up to the point where the person or organization attempting to provide accommodation would suffer undue hardship by doing so. Undue hardship occurs if accommodation would create onerous conditions for an employer or service provider, for example, intolerable financial costs or serious disruption to business (See: “Persons with Mental Health Disabilities” at p 3).

Considering the Supreme Court’s decision, the mere existence of addiction, which constitutes a disability, does not establish a prima facie discrimination if the employee was terminated. However, employers have a duty under Occupational Health and Safety to provide a safe workplace. Alcohol or drugs can directly and significantly contribute to workplace dangers. A thorough policy can help employers ensure the safety of their employees, as well as defend themselves from potential liability. Ultimately, a policy can foster stability in a workplace and ensure consistency in operations (Alberta Health Services at p 3-55).

In Stewart v Elk Valley Coal Corp., 2017 SCC 30, the Supreme Court of Canada upheld the decisions of the Alberta Court of Appeal, the Alberta Court of Queen’s Bench and the Alberta Human Rights Tribunal, which found that the termination of an employee with a cocaine addiction did not constitute discrimination in the workplace.

In this case, Mr. Ian Stewart worked in a mine operated by the Elk Valley Coal Corporation, driving a loader. The mine operations were dangerous, and maintaining a safe worksite was a matter of great importance to the employer and employees. The employer implemented the Alcohol, Illegal Drugs & Medications Policy, aimed at ensuring safety in the mine.  Employees were expected to disclose any dependence or addiction issues before any drug-related incident occurred.  If they did, they would be offered treatment.  However, if they failed to disclose and were involved in an incident and tested positive for drugs, they would be terminated — a policy succinctly dubbed the “no free accident” rule.  The aim of the Policy was to ensure safety by encouraging employees with substance abuse problems to come forward and obtain treatment before their problems compromised safety.  Employees, including Mr. Stewart, attended a training session at which the Policy was reviewed and explained.  Mr. Stewart signed a form acknowledging receipt and understanding of the Policy (at para 1).

Undue hardship occurs if accommodation would create onerous conditions for an employer or service provider, for example, intolerable financial costs or serious disruption to business.Mr. Stewart used cocaine on his days off. He did not tell his employer that he was using drugs. One day, Mr. Stewart’s loader was involved in an accident, and he tested positive for drugs. Following the positive drug test, in a meeting with his employer, Mr. Stewart said that he thought he was addicted to cocaine. Nine days later, his employer terminated his employment in accordance with the “no free accident” rule (at para 2).

The Alberta Human Rights Tribunal found that Mr. Stewart had not established a case of prima facie discrimination. It held that Mr. Stewart was not terminated because of his addiction, but for breaching the Policy, which required him to disclose his addiction or dependency before an accident occurred to avoid termination. The Tribunal’s decision was affirmed by the Alberta Court of Queen’s Bench and next by the Alberta Court of Appeal (at paras 4-6).

To make a case of prima facie discrimination, “complainants are required to show that they have a characteristic protected from discrimination under the [Human Rights Code, RSBC 1996, c 210, citing Moore v British Columbia (Education), 2012 SCC 61 (CanLII)]; that they experienced an adverse impact with respect to the service; and that the protected characteristic was a factor in the adverse impact” (at para 24).

Since addiction constitutes a disability protected under the AHRA, an employer cannot terminate an employee who has an addiction.Mr. Stewart argued that there was a nexus between his addiction disability and the termination of his employment because denial, which is a recognized feature of addiction, prevented him from disclosing his cocaine use to his employer (at para 37).

The Supreme Court dismissed this argument by stating that:

It cannot be assumed that Mr. Stewart’s addiction diminished his ability to comply with the terms of the Policy. In some cases, a person with an addiction may be fully capable of complying with workplace rules. In others, the addiction may effectively deprive a person of the capacity to comply, and the breach of the rule will be inextricably connected with the addiction. Many cases may exist somewhere between these two extremes. Whether a protected characteristic is a factor in the adverse impact will depend on the facts and must be assessed on a case-by-case basis. The connection between an addiction and adverse treatment cannot be assumed and must be based on evidence (at para 39).

The mere existence of an addiction does not establish prima facie discrimination. If an employee fails to comply with a workplace policy for a reason related to addiction, the employer would be unable to sanction him in any way, without potentially violating human rights legislation. Again, to take an example given by the majority of the Court of Appeal, if a nicotine-addicted employee violates a workplace policy forbidding smoking in the workplace, no sanction would be possible without discrimination regardless of whether or not that employee had the capacity to comply with the policy (at para 42).

Moreover, the Supreme Court stated that:

In such a workplace, it was crucial to deter employees from using drugs in a manner that could negatively affect their work performance and potentially lead to devastating consequences. Workplace safety is a relevant consideration when assessing whether the employer has accommodated the employee to the point of undue hardship (at para 55).

Employers, with safety-sensitive work environments, should ensure that they have alcohol and drug policies in place. These policies should be clear and should encourage employees – in order to get assistance – to come forward if they have addiction problems. Once those policies are established, and if employees are able to comply with these policies, then employees can be terminated without being able to prove discrimination in the workplace.