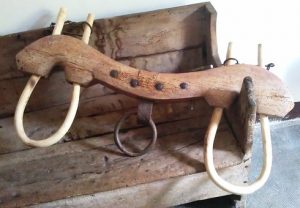 Jeopardy clue: “The Constitution of this 150-year old country exists as “Schedule B” to an ordinary statute of another country.” Correct response: “What is Canada?”

I have it on good authority that, some years after 1982, Westminster asked the federal Department of Justice whether the Canada Act 1982, could be repealed, presumably as “spent.” The Canada Act 1982 is a four-section, single page, English-only statute that enacts the Constitution Act, 1982 and abjures further United Kingdom jurisdiction over Canada. Since U.K. statutes may be in English only, the French version of the Act is appended as Schedule A, leaving the central document, the Constitution Act, 1982 itself, to occupy the “B” position.

From its birth in 1867 by Act of the Parliament of the United Kingdom – British North America Act, 1867 (now the Constitution Act, 1867) – Canada was constitutionally a creature of the U.K. Although, by the 1931 Statute of Westminster, the autonomy of Canada and the other self-governing Dominions was recognized, the authority to amend the BNA Act, 1867 remained in London. “Self-governing” it may have been, yet for Canada to effect an amendment to its Constitution, a request had to be directed to Britain. Not including the 1867 Act, no fewer than 14 British North America Acts, as well as numerous other statutes and orders having constitutional effect on Canada, were passed by the U.K. Parliament. Canadian inability to agree on an amending procedure, not British obstinacy, stood in the way of patriation. An excellent and exhaustive account of the more than two decades of effort to get to 1982 is the Honourable Barry Strayer’s Canada’s Constitutional Revolution (2013).

But get there we did. Upon the request and consent of Canada, but not without a good deal of British parliamentary debate not lacking a colonial flavour, the Canada Act 1982 passed in the British Commons on March 8; in the House of Lords on March 25, and received royal assent March 29, becoming chapter 11 of the 1982 U.K. statutes. (Its companions are c. 10, the Industrial Training Act 1982, and c. 12, the Travel Concessions (London) Act 1982.) It became law upon royal assent, but it would hardly do for the Canadian Constitution to come into force in another country on an arbitrary date. Section 58 of the Constitution Act, 1982 cleverly took care of this problem: The Act was to come into force by proclamation of the Queen or Governor General, thus providing for ceremony.

Canadian inability to agree on an amending procedure, not British obstinacy, stood in the way of patriation.The Queen famously signed the Proclamation, on Parliament Hill, Pierre Trudeau seated opposite, on a rainy April 17, 1982. This was a proud moment for our country if more than a century after its birth. It should not be denigrated. But should our constitution forever exist as a schedule to a British Act of Parliament? Was this the only avenue?

Mr. Strayer’s book, thorough as it is, takes it for granted that this was the only lawful route. A unilateral declaration of independence would have been unacceptable as inconsistent with the rule of law. UDI’s typically occur in a hostile context – USA, 1776; Ireland, 1919; Rhodesia, 1965 – and international recognition is problematic, though the 2010 advisory opinion on Kosovo of the International Court of Justice did say that international law contains no “prohibition on declarations of independence.” While a blatant UDI would have been out of the question in our case, there seems to have been no thought of a more co-equal approach, rather than to follow the time-worn path of requesting U.K. approval of the proposed change. Consideration of an altogether different process is beyond the scope of this article (not to mention that of this writer). But it cannot have been beyond legal ingenuity to devise a valid process whereby Britain would abdicate its role and Canada would simultaneously pass a constitution that did not have a permanent umbilical cord attached. A Supreme Court reference on the legality of a proposed procedure might have been a good first step; the court’s imprimatur would ensure that whatever was proposed would survive. A friendly but clear and distinct break with the imperial connection would have produced a truly made-in-Canada constitution.

The Canada Act 1982 is a four-section, single page, English-only statute that enacts the Constitution Act, 1982 and abjures further United Kingdom jurisdiction over Canada. Mr. Strayer reports that the infamous Enoch Powell, then a U.K. MP, pointed to the irony of Canada asking Westminster to abdicate its power over Canada yet legislate major constitutional change. He proposed that Canada should enter into an “internal compact,” apparently similar to that of the United States in 1776. Mr. Strayer’s not altogether convincing answer is that the process followed was “the only way our existing laws will recognize.” One of his chapters has as epigraph the famous words of Martin Luther King Jr., “Free at last! Thank God Almighty we are free at last!” Well, not quite.

I have it on good authority that, some years after 1982, Westminster asked the federal Department of Justice whether the Canada Act 1982, could be repealed, presumably as “spent.” The answer was “No, please do not repeal”. This is a telling answer: it means that the validity of our Constitution is thought by those charged with the issue to continue to rest on a United Kingdom statute. What, indeed, would be the effect of repeal? The statute, and of course its all-important Schedule B, would cease to exist as a matter of British law. Yet the Canada Act 1982 provides that no post-Constitution Act, 1982 United Kingdom Act “shall extend to Canada,” so a U.K. bill of repeal would be ineffective in Canada. Technicalities aside, many Charter, Aboriginal and other matters having been decided, the courts would beyond doubt find that the Constitution stood on its own; the Canada Act 1982 be damned. This would have left the legal puzzle: If the Constitution Act, 1982, is Schedule B to an Act that no longer exists, how should it be known?

The Queen famously signed the Proclamation, on Parliament Hill, Pierre Trudeau seated opposite, on a rainy April 17, 1982. This was a proud moment for our country if more than a century after its birth. This paradox does not arise; Schedule B carries blithely on as United Kingdom law. This will forever shamefully be so. It betrays the very principle for which Pierre Trudeau stood, that of a wholly-Canadian Constitution. But my appeal to lawyers and judges is to stop reminding us of this unnecessary fact at every citation of the Constitution. Perhaps if it is not constantly mentioned, the fact will fall into that legal wasteland known as desuetude. And we will think of our Constitution as entirely our own – even if it isn’t. A resolution for Canada 150.