A Website of The Centre for Public Legal Education Alberta
You are here: Home / Feature Articles / 40-6: Medical Assistance in Dying / Global Perspective: A cross-jurisdictional look at medical assistance in dying
Reading Time: 5 minutes 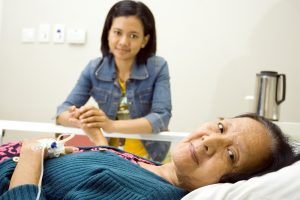 On February 6th 2015, the Supreme Court of Canada delivered the landmark decision of Carter v Canada (Attorney General) 2015 SCC 5, [2015] 1 SCR 331. The Court unanimously ruled to overturn the legal ban on medical assistance in dying in Canada. The Court declared that sections 14 and 241 of the Criminal Code of Canada, which created the legal ban on medically-assisted suicide, infringed s.7 of the Charter. Therefore, these sections were declared of no force or effect, to the extent that they prohibit medical assistance in dying for a competent adult person who:

(1) clearly consents to the termination of life; and

(2) has a grievous and irremediable medical condition (including an illness, disease or disability)

In light of the Carter decision, the federal government was challenged with

Patients in the Netherlands can make ‘advance directives’ which allow individuals to make written directives outlining circumstances where they wish euthanasia to be performed.creating a legislative framework that is flexible enough to achieve its intended purpose, but also has sufficient safeguards to protect vulnerable individuals.

While the idea of medical assistance in dying is a novel issue in Canada, there are other jurisdictions around the world that have embraced this reality for many years. Those jurisdictions with medical assistance in dying legislation include Switzerland and Germany, as well as the states of Washington, Oregon, California, Montana and Vermont in the United States. Medical assistance in dying in these countries usually means a doctor prescribes a lethal dose of medication, which the patient then self-administers in the setting of their choice.  Euthanasia, in which a doctor assists in the dying process in either a hospital or other setting, is legal in the Netherlands, Belgium, Luxembourg, and Colombia.

In the European countries where either medically-assisted dying or euthanasia is legal, the legislation is quite liberal. For example, in Switzerland, article 115 of the Swiss Criminal Code allows for people to assist in another person’s suicide, as long as it is not for selfish motives or personal gain. The legislative scheme also does not require that the recipient be a Swiss citizen. One of the results of such permissive laws is that an adult, who wishes to die but is neither terminally ill, nor a Swiss resident, can access end of life treatment. Switzerland has seen the emergence of ‘suicide tourism’ a particular phenomenon that the Canadian version of medical assistance in dying would not allow.

A similar ‘altruistic’ requirement is present in the recently adopted German suicide bill. Germany does not allow active euthanasia.
The Dutch Termination of Life on Request and Assisted Suicide Act, which sets out the legislative scheme in the Netherlands, was one of the first. The Dutch law only applies to individuals who reside in the Netherlands, however, and the patient must be experiencing unbearable suffering with no prospect of improvement. This has been interpreted by the Hague Court of Appeal not to be limited to physical pain. ‘Psychic suffering’, or patients suffering from a mental illness or distress, fall within the ambit of ‘unbearable suffering’.

More recently, Belgium has amended its legislation and legalized euthanasia for children with no age limit.  Patients in the Netherlands can make ‘advance directives’ which allow individuals to make written directives outlining circumstances where they wish euthanasia to be performed. The legislation sets out a process where a minor, as young as 12, may access the end-of-life regime with the consent of parents of guardians. These are three key aspects of the Dutch regime that are expressly excluded from the Canadian version of medical assistance in dying legislation we have seen so far.

The Belgian version of legal euthanasia has a similar requirement for a patient who requests access to the program to be suffering intractable and unbearable pain. Traditionally in Belgium, patients suffering psychological pain can access the program under this criterion. Death by lethal injection is the method operating in Belgium, and the permissive interpretation of the law has caused controversy for the European country. A convicted rapist/murderer whose suffering was based on mental anguish as a result of his crimes and incarceration, as well as individuals who are going blind are two examples of the breadth of the Belgian regime. More recently, Belgium has amended its legislation and legalized euthanasia for children with no age limit.

Luxembourg allows for both euthanasia and assisted suicide under its 2009 legislation. However, this advance was not without its own controversy. The introduction of this bill in Luxembourg triggered a constitutional amendment after the Grand Duke refused to sign the bill into law. The change to the Constitution effectively took away the Monarchy’s veto power.

Colombia is the only Latin American country to legalize euthanasia. While the Constitutional Court of Colombia effectively legalized the practice almost two decades ago, the regulations only came into effect last year. Now, a patient’s family can prove advance consent for those who are unable to make the request themselves, and the procedure for all (conscious and unconscious patients) must be approved by a panel of doctors.

Each state in the United States has sole jurisdiction over its assisted dying laws, but the regimes differ only slightly between the states that have legalized the practice.

Comparatively, the legislative framework in the American states is the most stringent in the world: specifically in the age (18 years) and terminal illness (death in six months) requirements.

The European position is quite different.  These countries have generally extended the right to die (either by euthanasia or assistance) to those suffering from psychological pain, as well as adopting a more flexible age requirement.

Canada now has its own unique law to create medical assistance in dying.  It is informative and helpful to consider the global company that this type of legislation has. There are strengths and weaknesses to be found in each example.