You are here: Home / Special Report / 37-4: Helping Yourself / How to Avoid Your Day in Court
Reading Time: 7 minutes 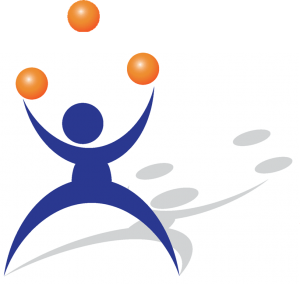 When people think of needing legal help, they often think of lawyers, court forms, and court rooms. As those who have been there already know, it isn’t nearly as glamorous as it seems on television, and quite to the contrary, it can be quite scary. The good news is that not every legal issue has to end up there. Think of the law as a long time-line, or “spectrum”, of possibility: court is at the very end of the line. The key to maximizing your chances of not ending up there is taking a proactive approach to address the issue as soon as you catch the first glimmer of a problem (or earlier!). But where do you begin? More good news! In this day and age, there is a great deal of information available at your fingertips (or at the local library). It’s just a question of knowing when you need such information and exactly how to go about getting it.

The first step in trying to avoid the courthouse is recognizing when there is a problem that needs to be addressed. This can often be much harder than it seems. After all, legal problems don’t just walk into a room and identify themselves. The law, and its application, has an amazing ability to surprise. Let’s look at a few examples.

We’ll start with the far end of the legal spectrum: the “What do you mean the law does not cover this situation?” or “What, there’s actually a law about that?” kinds of scenarios.

As you can see, just about anything can give rise to a legal issue. You never know when you’ll find yourself on that line. So stay aware. Start by assuming there is some kind of law involved, and look into it. This is especially true in situations in which you have some kind of responsibility to someone else, or situations in which you hear a little voice in your head saying “well, this could lead to a bunch of trouble”. So …are you letting someone else drive your car? Have a look to make sure that is covered by your insurance. Dumping things into the creek on your property? Remember, that water flows to somewhere else, and those property owners may have some rights. As an aside, it is important to remember that, not knowing about a law is irrelevant; if you break that law, you will have to face the consequences.

The next set of situations on the legal spectrum are of the ‘false assumption’ variety: the “well, that is what the law used to be 20 years ago” or “ well, I’ve heard (or seen on TV) that this is what the law says”, or “well, surely the law will say <this>, it is only logical.” A few hints in this regard.

A final set of situations to consider are those of the ‘burying one’s head in the sand’ variety: the “well, I’ll just ignore this for now, as it might go away” or “it can wait, my rights won’t change” or “I’m sure the law has a back-up plan, I’ll just rely on that” kind. Let’s examine this in further detail.

So what to do? Assume for the moment that you find yourself at any one of the above points on the line. In the following article by Adriana Bugyiova, who describes Alberta’s LawCentral websites, there are organizations to help with this sort of thing: and the information and resources they provide are often free. In Alberta, there is the Centre for Public Legal Education. Similar organizations exist in almost every province and territory. For example:

Plain-language legal information is also available on all government websites. They may have a separate public legal education department, as does the Northwest Territories. Alternatively, each department may choose to offer some information in the format that it sees fit. Even law firms and courthouses are beginning to provide such information.

To find public legal information, you need only search. If you can Google, you are well on your way. Even you don’t know how to Google, go to your local library and ask a librarian for help. Courthouse and law school libraries are also helpful, however, be aware that the resources there are generally not in plain language.

If you are going to go down this route, here are a few things to keep in mind:

The last thing to remember? If, after all of this, you do find yourself on the court end of the legal spectrum, at least you know that you did all that you could to solve the problem in other ways first. There is much good legal information out there and, when accessed, especially in a timely manner, it can help avoid that ominous end of the line: the courthouse. Hopefully it will help you, too.

Carole Aippersbach was a lawyer with the Centre for Public Legal Education in Edmonton, Alberta.