A Website of The Centre for Public Legal Education Alberta
You are here: Home / Special Report / 38-2: Christmas and the Law / A Secular Christmas
Reading Time: 6 minutes 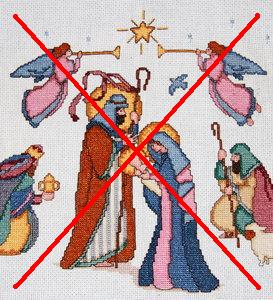 This article deals with the law of Christmas, the celebration of this Christian event and the public displays of words or symbols that accompany it.

No Clear Separation of Church and State in Canada

Most Canadians incorrectly assume, perhaps from a steady consumption of American pop culture, that Canada has clear constitutional enshrinement of the separation of religion and government, similar to the U.S. “establishment clause” that states “Congress shall make no law respecting an establishment of religion.”  The original concept, far from suppressing religion, was intended to protect the colonies from federal government interference with their religious practices and protect Christian denominations from the creation of a government denomination. The “separation of church and state” phrase is nowhere in the Constitution – it comes from an 1802 letter by Thomas Jefferson.  Even Australia has such a clause. [1]

Canada does not have an equivalent constitutional separation mandate.  However, we do have a constitutional “freedom of religion” and a legislative right to equal treatment on the basis of “religious beliefs.”

The courts interpret “freedom of religion” to also encompass freedom from religion.

While our Constitution affirms that God is supreme in our land, and that the Queen, the head of the Church of England, is our head of state, section 2 of the Charter guarantees one’s individual “freedom of religion” against government action.  The important thing to remember about the Charter “freedom of religion” is that it only restricts governments, which is essentially their legislation.  It imposes no obligations on private parties to respect religious beliefs of others.

The courts interpret “freedom of religion” to also encompass freedom from religion.  For many decades, the government’s Lord’s Day Act forced stores to close for Sunday Sabbath observance.  In the Big M Drug Mart case (1985 CanLII 69 (SCC), [1985] 1 SCR 295), the Supreme Court of Canada struck out the Lord’s Day Act because it essentially forced non-Christians to observe a Christian Sabbath.  If a law is fundamentally based on religious values, it violates the Charter and will be struck out.  On the other hand, if the Sunday closing law can be seen as merely a ‘common pause day’ unhinged from forced religious observance, it can survive. (Peel (Regional Municipality) v. Great Atlantic & Pacific Co. of Canada Ltd., (1991), 78 D.L.R. (4th) 333 (ON CA

Don’t expect all ‘freedom from indoctrination’ cases to succeed.  Recently, the same Supreme Court found that Roman Catholic parents in Quebec who objected to the indoctrination of their children in a mandatory “Ethics and Religious Culture” program did not have their freedom of religion violated by the state. (S.L. v. Commission scolaire des Chênes, 2012 SCC 7 (CanLII), [2012] 1 SCR 235) Presumably that precedent might also be used to dismiss complaints from non-Christians who object to the word “Christmas” on a government document or a Christian symbol on government property.

In the federal Income Tax Act, religious charities enjoy their own category: “to advance religion in the charitable sense means to preach and advance the spiritual teachings of a religious faith and to maintain the doctrines and spiritual observances on which those teachings are based.”

Governments continue to indirectly promote religion in legislation.  In the federal Income Tax Act, religious charities enjoy their own category: “to advance religion in the charitable sense means to preach and advance the spiritual teachings of a religious faith and to maintain the doctrines and spiritual observances on which those teachings are based.” (Income Tax Act, RSC 1985, c 1 (5th Supp) Religious clergy can deduct residence expenses from their income tax.

Good Friday and Christmas Day are also observed for religious reasons as government-imposed statutory holidays (Employment Standards Code, RSA 2000, c E-9, section 25). It may be accepted in modern Canadian society that these days, and their Christian origins, must be viewed as secular days and events.  Jesus Christ can be seen as a mere historical character and the annual marking of his birth may be today considered a godless, secular holiday, much like Canada Day.  This view is increasingly marked by the surpassing non-Christian symbols (Santa Claus, decorative balls, lights and trees), meaning (peace and joy), symbolic substitution (gift-giving is for charity and fun) and terminology (festive or winter holiday and season).

Public authorities voluntarily withdraw public Christian symbols.  In 2000, it was reported that:

In the fall of 1994, a second-tier cabinet minister in the B.C. NDP government quietly issued a directive ordering the removal of all songs with Christian themes from a Christmas tree lighting ceremony being sponsored by the province. Specifically, carols incorporating the words “Christ” and “Jesus” were prohibited. Instead, “seasonal” favourites such as “Frosty the Snowman” and “White Christmas” were to be presented.

. . . Christianity was not welcome anymore in affairs of state. [2]

Jesus Christ can be seen as a mere historical character and the annual marking of his birth may be today considered a godless, secular holiday, much like Canada Day.

The Quebec town of Mount Royal opted to keep all city decorations secular.  Mistletoe, Santa Claus, reindeer and tinseled trees replaced nativity scenes and angels. [3] The same year, the Quebec head of Services Canada banned Christmas decorations on federal public property.  Within hours, many were critical, including minorities whose sensibilities the ban was intended to protect.  The ban was reversed the same day.

The backlash to secularization has led other public authorities to privilege Christmas over “politically correctness,” such as proclaiming the month of December as the Christmas season.  This occurred in 2005 in Nova Scotia, when the town council legislated December as Christmas, causing major protests among Jews and other non-Christian groups. [4] Christmas in the public square continues to stir Canadian passions.

Some of the complaints of government sponsorship of Christianity around Christmas relate to what are intended to be harmless, picayune gestures, such as the words “Merry Christmas” on Saskatoon city buses, a greeting that has not been objectionable until recent times.  Perhaps someone takes offence to a nativity scene or a decorated tree in front of City Hall, or Christmas concerts featuring Biblical carols in public schools.  These were never envisioned as Canadian constitutional offences.  Litigation to declare them a violation of one’s “freedom of religion” and therefore prohibited is expensive and must be channelled through the courts.

What about ensuring non-discriminatory practices on the basis of religious beliefs in the private sector?  One may complain that a “Christmas” staff party or a Christmas greeting or tree at work infringes on one’s religious equality rights.  There are more of these complaints filed than challenges in court against a government’s breach of freedom of religion because they can be made to the provincial or federal Human Rights Commission at essentially no cost to the complainant.

This explains why many objections against government action such as the recent “Merry Christmas” bus and prayer breakfast complaints, are incorrectly filed with Human Rights Commissions, and they fail to gain legal traction.  Some of the complaints of government sponsorship of Christianity around Christmas relate to what are intended to be harmless, picayune gestures, such as the words “Merry Christmas” on Saskatoon city buses, They usually spark little more than hostile and polarizing reactions.  They are often brought by Atheists, who themselves may be accused of imposing their own religious beliefs upon the rest of the community.

A representative Christmas workplace scenario involved a British Columbia Shoppers Drug Mart outlet in 2001.  The store asked its employee, Raymond Jones, a Jehovah Witness, to install six artificial poinsettias on a Christmas display.  When he refused on grounds of his religious beliefs, he was dismissed.  The B.C. Human Rights Tribunal ruled that Shoppers Drug Mart had unlawfully discriminated against Jones and awarded him $30,000 compensation for lost wages and hurt feelings. (Jones v. C.H.E. Pharmacy Inc. et al., 2001 BCHRT 1) To decorate its store, the employer should have reasonably accommodated Jones by asking another employee who did not have religious objections to Christmas.

To avoid legal controversy, employers, landlords and stores often remove all references to Christmas and Easter on their property.  Last year, management of a shopping mall in Guelph, Ontario cancelled its annual elaborate nativity scene, saying it no longer had the necessary storage space.  This perturbed Christians. [5]

In recent decades, celebration of Christmas in Canada has become more commercialized and secular, moving toward expunging Christ Jesus and any Christian representations from the holiday.  Christians claim this enforced secularism is surely unfair to the free and public exercise of their faith.

[2] Terry O’Neill, “Equal after all: a B.C. court delivers a landmark ruling in favour of parental and religious freedom,” Report Newsmagazine, October 23, 2000, page 28.