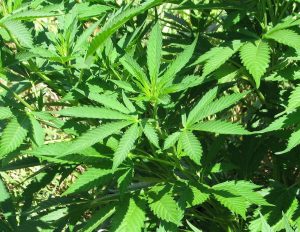 The possession of marijuana in Canada is unlawful under the Controlled Drugs and Substances Act, SC 1996, c 19 (CDSA), but the use of marijuana is legalized for medical purposes under the Marijuana for Medical Purposes Regulations, SOR/2013-119 (“MMPR”). However, as far back as 2013, Canada’s Liberal Party expressed its intention to legalize marijuana use for recreational purposes. After winning the election in 2015, the current federal government has stated that it intends to legalize marijuana use for recreational purposes within the next year.  This article discusses the main potential concerns regarding the decision to broaden the legalized use of marijuana.

Decriminalization of the possession of marijuana

Controversy surrounds the “science” of determining when a driver is actively affected by marijuana while operating a motor vehicle. The possession of marijuana in Canada is currently unlawful under the CDSA. The Canadian government is expected to introduce legislation to legalize it next spring, but has no plans to decriminalize the drug before the new regulatory regime replaces the existing laws. This can become a delicate territory because a person can be criminally charged for possessing a small quantity of marijuana if there is no exception made within the law as it now exists.  NDP Member of Parliament Murray Rankin observed that “the legalization of marijuana could take two years to come into effect, leaving many Canadians — especially young adults — at risk of criminal records for something the government does not believe should be a crime”. But former Toronto Police Chief and Parliamentary Secretary to the Minister of Justice Bill Blair has stated that the federal government does not intend to  decriminalize the possession of marijuana in advance of a new law.

The government, along with many politicians, interest groups and experts, raised two major concerns regarding the decriminalization of marijuana:

Mr. Blair has stated that decriminalization would “create opportunities for organized crime and put our children at risk’’ Attorney General Jody Wilson-Raybould voiced similar concerns on potential rise of organized crime, noting that decriminalization would result in giving: “a green light to dealers and criminal organizations to continue to sell unregulated and unsafe marijuana to Canadians”.  But the most vulnerable group in this situation is the fairly large number of young adults who may encounter criminal charges for possession of marijuana. The federal government should be aware of this issue and develop mechanisms to address it within the existing law.

The federal government will be able to use its criminal law power to regulate the production, distribution, and consumption of cannabis in order to protect public health.The fear of legalizing recreational marijuana use is not unprecedented. When Colorado was undergoing the process of legalization, opponents anticipated serious health consequences for recreational users. David Blake and Jack Finlaw, in  a Harvard Law and Policy Review article entitled “Marijuana Legalization in Colorado: Learned Lessons” noted that opponents to legalization argued that it would result in increased consumption, higher addiction rates, and increased treatment and societal costs, including the need for drug treatment and prevention programs, emergency room visits, increased crime, health care, traffic accidents, school dropout rates, etc. Opponents also claimed that marijuana is a gateway drug, and suggested that Colorado would witness increased use of more dangerous substances, especially within the youth population. They worried that regular marijuana use by school-aged children would negatively affect their school attendance, concentration, and brain development, thus impairing their academic achievement. Colorado’s experience with legalizing marijuana should be cautiously examined by Canada’s federal government so that Canada can avoid some of these potential problems.

The production and sale of legal Marijuana

As jurisdiction over various subject matters is divided in Canada between the federal and provincial governments, the federal government will want to maintain jurisdiction over marijuana legalization. The MMPR has very strict provisions on the production and distribution of medical marijuana. These stringent regulations make it difficult, especially for small companies, to enter the production market. Cost is one of the main hurdles to accessing the medical marijuana market. In recognition of the cost challenges, the Federal Court of Appeal in Canada v Allard, 2014 FCA 298 (CanLII) (“Allard”), ruled that patients should have the right to grow their own medical marijuana. The MMPR was declared invalid to the extent that they unjustifiably prevented patients from growing their own marijuana, thereby infringing their liberty and security interests under Section 7 of the Canadian Charter of Rights and Freedoms (“Charter”). The Allard case reassured many Canadians of fair access to medical marijuana.

According to Andrea Hill, writing in the Globe and Mail, Licensed Producers (LPs) require tens to a hundred million dollars to set up a market for marijuana sale, while the number of authorized medical users of marijuana in Canada is only sixty thousand or so. The vast investment of capital required is  inconsistent with the available purchasing power of those qualified to buy marijuana for medical use. Hill notes that: “the disconnect between the market size and capitalization only makes sense when an exponentially larger purchasing power—such as a public market for recreational marijuana— is assumed to be imminent and licensed producers are thought to be the frontrunners to supply it.”  She continues: “the market has anticipated from day one that medical patients were not the ultimate destination” (The Globe and Mail, Andrea Hill, “Allard decision sets the stage for the future of legal marijuana” online: http://www.theglobeandmail.com/opinion/allard-decision-sets-the-stage-for-the-future-of-legal-marijuana/article28902163/?ord=1).

..the Federal Court of Appeal in Canada v Allard, 2014 FCA 298 (CanLII) (“Allard”), ruled that patients should have the right to grow their own medical marijuana. Paul Lewin in “The Fight for Cannabis (2016) 41:2 Law Matters) argues that in crafting a new marijuana regime, the federal government should be careful to balance the interests of both the patients, and the LPs who intend to make profits with their large capital investment. The LPs are expected to lobby the federal government for a distribution model that only permits them to sell and grow cannabis The Federal Court of Appeal in Allard suggested that the federal government consider permitting home-growing and co-operative growing with reasonable regulations ensuring electrical safety and air quality that are often concerns associated with growing cannabis. Blake and Finlaw note that in Colorado both the caregivers and co-operatives are operating beyond the regulated market and are failing to benefit from testing, labeling, or safety checks. They neither pay taxes nor any fees, nor are suspected of regularly diverting their overgrowth to recreational users paying less than the market value, further undermining legitimate businesses and market participants.  The drafters of the new marijuana regime for Canada should be aware of these issues.

The issue of jurisdiction

Criminal law legislation must have a valid criminal law purpose backed by a prohibition and a penalty: Reference re Firearms Act (Can.), 2000 SCC 31 (CanLII) at para 27 (“Firearms Reference”; Reference re the validity of S.5(a) Dairy Industry Act [1949] SCR 1 (Margerine Reference). A valid criminal law purpose must be directed at prohibiting matters that represent an “evil or injurious or undesirable effect upon the public” (Margarine Reference). Purposes such as peace, order, security, health and morality can be recognized as criminal: Reference re Assisted Human Reproduction Act, [2010] 3 SCR 457. The federal government will be able to use its criminal law power to regulate the production, distribution, and consumption of cannabis in order to protect public health. The constitutionality of federal regulations on legal marijuana may turn on the  government’s ability to demonstrate that uncontrolled distribution and consumption of cannabis is inherently dangerous. To maintain jurisdiction over legalizing marijuana, it will need to introduce this process as an attempt to better mitigate the harms of cannabis in order to protect public health and safety.

The fear of legalizing recreational marijuana use is not unprecedented. When Colorado was undergoing the process of legalization, opponents anticipated serious health consequences for recreational users. Legal access to recreational marijuana could lead to an increase in impaired driving. Controversy surrounds the “science” of determining when a driver is actively affected by marijuana while operating a motor vehicle. David Blake and Jack Finlaw note that, for years, drugged driving has been prosecuted based on the expertise and observations of the patrol officers conducting the vehicle stops. The difficulty with a per se uniform limit is that marijuana blood content does not dissipate at a consistent rate in most humans. Additionally, residual marijuana can remain in the human body for extended periods of time. The latter issue, however, can be eliminated by testing only for an active psychotropic isomer of tetrahydrocannabinol (commonly referred to as THC) in a suspect’s blood. However, Blake and Finlaw point out that tests to determine the amount of active THC in a driver’s blood require blood testing, which is far more invasive than the oral breathalyzer test typically used for blood alcohol content. They also note that the key to any drugged driving case remains the probable cause observed by the police officers and subsequent observations of inebriation. Colorado enacted legislation that gave the state and local law enforcement personnel additional tools to prosecute persons driving under the influence of marijuana and is allocating more money for officer training on best practices and new testing equipment. Blake and Finlaw state that Colorado law now provides that if a driver’s blood contains five nanograms or more of active THC per milliliter of whole blood, a jury can be infer that the driver was under the influence of one or more drugs However, there is controversy over whether five nanograms of active THC means a person is “high”—although, of course, this is also a problem with alcohol consumption, which affects different people differently over time.

According to Parliamentary Secretary MP Bill Blair, the federal government is promising to tackle the issue of drug-impaired driving before proceeding with marijuana legalization. In 2013, 97 per cent of accidents in Canada relating to impaired driving were alcohol related. The other three per cent were linked to drug consumption. Mr. Blair, said: “It’s very difficult to identify and to prove a level of impairment by marijuana,” and “We have good tools for alcohol. We do not currently have good tools for cannabis” (thestar.com, “Liberals promising to deal with marijuana threat to road safety”, online: https://www.thestar.com/news/canada/2016/08/11/liberals-promising-to-deal-with-marijuana-threat-to-road-safety.html ). The federal government should be cognizant of the concerns related to marijuana-impaired driving and allocate scientific research money to investigate marijuana use and related impaired driving consequences. Training police officials to correctly handle marijuana impaired drivers would be prudent. Colorado’s experience with legalizing marijuana should be carefully examined so that Canada can avoid some of the pitfalls and employ some of the best practices that were adopted there.

Hasna Shireen is a Research Associate with the Alberta Civil Liberties Research Centre, at the University of Calgary in Calgary Alberta.