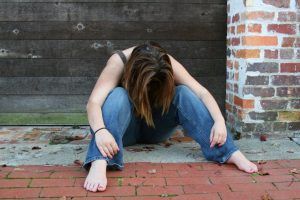 The case of Donald Kushniruk was a tragedy, and it was a tragedy that could have been avoided with due diligence by the proper authorities. A man with no criminal record who had committed a minor crime, which ultimately led to a sentence of just seven days, spent more than two years in jail waiting for trial. Mr. Kushniruk opted to represent himself, and while the court appointed a lawyer to help him, it further compounded the problems. Neither he nor his lawyer applied for bail.  His trial was afflicted with many difficulties, and delays were encountered throughout, serving only to prolong it.  Sometime after he had served his seven days in custody and was released, he got into a disagreement with his probation officer and was remanded back into custody.  Two weeks later he committed suicide. His story is a prominent example of why Alberta’s criminal justice system needs to look into how better to handle cases involving accused persons who are mentally ill.

A myriad of reasons exist as to why Alberta should be looking into alternatives to the traditional criminal justice system when it comes to accused persons with mental illness. The facts are obvious when we assess how overburdened the criminal courts are. Court professionals, as well as mental health professionals, have commented on how the current court process and incarceration facilities are not equipped to offer support that is adequate for persons with mental health needs. There has also been the argument of an upward trend of criminalizing the mentally ill which may be in part due to de-institutionalization of mental health care. The alternative that has captured the most attention because of its explosion of popularity all over the United States and Canada are the mental health courts. There are many arguments both for and against these specialized courts that have surfaced over their considerably short lifespan since their establishment elsewhere.

The collaborative nature of mental health courts is also beneficial to the accused person in that it promotes a focus on treatment rather than punishment. Alberta is one of the few places left in Canada where there is no specialized court or diversionary process. There are currently eight provinces or territories in Canada that operate some version of mental health court or at least a diversionary program. Newfoundland, Nova Scotia, Quebec, Ontario, Manitoba, Saskatchewan, Yukon, and the Northwest Territories all have some form of court diversion for accused persons with mental health issues. New Brunswick had a mental health court from 2003 to 2013, and it is  looking into reopening it. It stands to reason that if so many places in Canada already operate them, some for over a decade such as Ontario, that there must be a solid principle behind them.

The mental health courts represent a way to significantly benefit all of the involved parties. The accused person is given far more autonomy and respect from the mental health court processes and the court professionals by way of having more of a voice for themselves. They also deal with staff who have the specialized training necessary to facilitate a better understanding of their needs. Through this, they are also given the freedom of choice between the specialized court or the criminal courts in how they would like to proceed with their case. The accused also gets more responsibility in the mental health court in that they assume more control over their rehabilitation and treatment when they work together with professionals to create a plan for moving forward. It has been suggested that their engagement in treatment planning leads to more positive outcomes as well.

The main problem when it comes to the mental health courts is that there still does not seem to be enough data on their effectiveness. Through mental health courts, individuals with mental health issues are able to be connected with better access to mental health services and treatments if they are to come into contact with the criminal justice system instead of simply being punished and not being able to get the help that they may desperately need.

Perhaps they may be given treatment that is more effective or accessible than what their options had been prior to coming into contact with the courts. Some treatment options may not have been known to the person before they had the help of a mental health specialist through mental health courts.

The collaborative nature of mental health courts is also beneficial to the accused person in that it promotes a focus on treatment rather than punishment. It takes out the adversarial nature of traditional courts and instead, all parties involved  work towards getting the individual help for their mental illnesses. In this way, it is easy to infer that mental health courts seek to better individuals on a big-picture basis, instead of narrowing it down to the criminal case before them.

Alberta is one of the few places left in Canada where there is no specialized court or diversionary process. There are currently eight provinces or territories in Canada that operate some version of mental health court or at least a diversionary program. Looking at the apprehensions surrounding mental health courts is also important when weighing in on the issue. There have been concerns raised that the nature of the courts doesn’t give the defence counsel sufficient time to properly prepare and inform clients of the legal implications and what exactly they are agreeing to in exchange for taking part in the programs. It should be of utmost importance that agreement is reached through informed consent in the interest of ethics and transparency.

This also leads into the debate of whether or not participation  in these courts is truly voluntary. When the choice comes down to risking the traditional trial and sentencing procedures versus taking part in the program of the mental health courts, it likely doesn’t come across as a real choice for some individuals. Additionally, by agreeing to take part in the program, the accused person is also agreeing to whatever treatment the court decides without objection. These courts are also not an option for those who want to contest their charges.

Part of the aim of mental health courts is to reduce the stigma, visibility and criminalization of the mentally ill. If there is an entirely separate court devoted to that, it may not actually address these issues. it could potentially end up doing the opposite by targeting that specific population and thereby labelling them as being separate from the general population.

..the current court process and incarceration facilities are not equipped to offer support that is adequate for persons with mental health needs. It should also be considered that some may see the mental health courts and their programs and treatment options as the best, if not the only, way to receive proper care in some instances. If that idea were to perpetuate, it would create a slippery slope in a belief that coming into contact with the criminal justice system and subsequent diversion into mental health courts is an option to take to get help.

The main problem when it comes to the mental health courts is that there still does not seem to be enough data on their effectiveness. In the cases where they are seemingly working, there hasn’t been much investigation into why they are successful. This allows for questioning if they work because treating mental health needs reduces the recidivism rates, which is defined as a relapse into criminal behavior, or whether there is some other explanation involved.

There is also the issue of proportionality. Do the accused persons spend an equal amount of time in the programs of the specialized courts comparative to what a criminal court would sentence? Maybe it should be entertained that instead of creating separate court systems of specialists, we gradually work to ensure that everyone within the traditional courts receive the training to properly handle any case that comes before them. This would ensure that all courts have the support measures in place for any accused who may qualify.

Part of the aim of mental health courts is to reduce the stigma, visibility and criminalization of the mentally ill. With all of this in mind, mental health courts are an opportunity for people who come into contact with the criminal justice system to better their lives and make a difference going forward. They can reduce the chances of accused persons with mental health issues possibly continuing along the same path that brought them there in the first place. The potential drawbacks may seem daunting, but it is important to note that they are mostly hypothetical issues, while the benefits to the participants in mental health courts have already been tangibly observed.

Nicole Trach is a second-year undergraduate student at the University of Alberta, pursuing a Bachelor of Arts degree in Criminology. She worked as a writer for the summer in the CSJ program, with interests in both legal and mental health topics.