A Website of The Centre for Public Legal Education Alberta
You are here: Home / Feature Articles / 43-6: Health Law / Medical Assistance in Dying and its Enforceability in a Personal Directive
Reading Time: 3 minutes 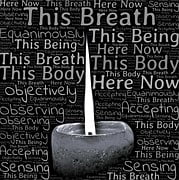 The Supreme Court of Canada upheld a blanket prohibition on assisted dying in its 1993 decision Rodriguez v. British Columbia (AG), in which the Court stated that aiding or abetting a person to commit suicide was considered a criminal offence. Many argued that this left individuals with an unfair choice between killing themselves while still physically capable, or allowing nature to run its course in sometimes a very painful manner, in which the individual can suffer a tremendous loss of dignity and personal autonomy. The importance of autonomy in addressing one’s death and the issue of whether medical assistance in dying (“MAID”) infringed an individual’s rights under the Canadian Charter of Rights and Freedoms, was ultimately settled in Carter v. Canada.

This decision involved the Applicant, Gloria Taylor, who was diagnosed with a fatal neurodegenerative disease, amyotrophic lateral sclerosis (“ALS”), which causes progressive muscle weakness; loss of the ability to use hands and feet, then the ability to walk, chew, swallow, speak and eventually breathe. Ms. Taylor’s condition had deteriorated to the point she required a wheelchair at all times, was suffering immense pain from deterioration of the muscles, and required home support for assistance with the daily tasks of living.

In a unanimous decision, the Court struck down the relevant provision in the Criminal Code of Canada, thereby giving Canadian adults who are mentally competent and suffering intolerably the right to medical assistance in dying. This ruling overturned the Supreme Court’s 1993 ruling in Rodriguez.

In response, on June 17, 2016, the federal government enacted Bill C-14 which amended the Criminal Code and outlined a detailed set of guidelines for medical assistance in dying. Under Bill C-14, two independent health care professionals need to evaluate an individual in order to determine whether they qualify for MAID. To qualify for MAID, a person must have a grievous and irremediable medical condition which means:

Unfortunately, legislation with respect to MAID is not perfect and complex issues remain outstanding with respect to mature minors under the age of 18 requesting MAID; advance requests for people who have capacity-eroding conditions and people whose sole underlying medical condition is mental illness.

As far as loss of capacity and the use of Personal Directives go, the legislation fails to adequately address this issue and at present, your agent in a Personal Directive is not permitted to request MAID on your behalf. The legislation stipulates that you must be capable of making decisions with respect to your health at the time of receiving MAID. If you are no longer mentally competent and your Personal Directive takes effect, your agent is making decisions on your behalf. At this time, a MAID provision inserted into a Personal Directive would likely be unenforceable in the eyes of the Court, however, because the law is constantly evolving, it is best practice to insert a proviso into a Personal Directive, directing that if it is lawful at the time the Personal Directive comes into effect (and it is in fact your desire),  you wish to undergo physician assisted dying if you are suffering from a grievous and irremediable medical condition including an illness, disease or disability that causes enduring suffering that is intolerable to you in the circumstances of your condition.

This article first appeared on the website of McLennan Ross LLP on November 13, 2018 and is reprinted with permission.

Daniella Lyman was an associate lawyer at McLennan Ross LLP. For further information with respect to Personal Directives, please contact any member of the firm's Wills and Estates Practice Group.