A Website of The Centre for Public Legal Education Alberta
You are here: Home / Special Report / 42-5: International Treaties / NAFTA in a Nutshell 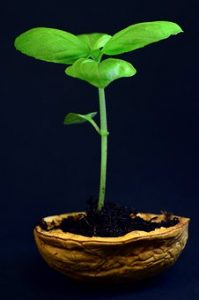 NAFTA. It’s one of the most important agreements in place on the continent. But what’s all the fuss about and why has it become such a buzzword?

Since 2016, US President Donald Trump has brought it up regularly, calling for a complete overhaul of the deal, arguing that it’s the “worst trade deal maybe ever signed anywhere, but certainly ever signed in this country.”

This position has forced Canada and Mexico to come to the table, although with a more tempered attitude, in an effort to modernize the deal.

So here we are, 23 years later, renegotiating arguably one of the most vital agreements amongst the three nations.Prime Minister Justin Trudeau recently stated, “We will not be pushed into accepting any old deal, and no deal might very well be better for Canada than a bad deal.”

But what is NAFTA anyway?

For starters, the North American Free Trade Agreement (NAFTA) is a trade deal between Canada, the United States, and Mexico that first came into effect in 1994. It was signed by Canadian Prime Minister Brian Mulroney, Mexican President Carlos Salinas, and U.S. President George H.W. Bush. NAFTA replaced the Canada-US Trade Agreement, which was signed in 1988. The primary aim of the deal was to govern the exchange of goods and services traded between the three nations by removing most tariffs (taxes) on trade. It also applies to cross-border investment, government contract bids, and dispute resolution procedures.

So why the need for renegotiation?

In short, because of President Trump. The renegotiation of NAFTA was a cornerstone of his presidential campaign and he continues to promise to either make a better agreement or kill the whole thing.

He is not, however, the first American politician to push for reform. Since its inception, there has been American criticism of the deal. Ross Perot, business magnate and former presidential candidate, claimed NAFTA would produce a “giant sucking sound [of jobs] going south” and that America has “wrecked the country with these kind of deals.”

From an American perspective, NAFTA did make it easier for US companies to move their businesses to Mexico, where labour is cheaper. The Economic Policy Institute estimates that NAFTA caused 700,000 jobs to move south. However, it is important to note that these manufacturing jobs have been in decline since the 1950s for speculated reasons that include automation and globalization, as many jobs moved to Asia.

On top of that, since NAFTA was signed, while US trade with Mexico and Canada has increased by 470%, the US trade deficit with Canada and Mexico has also increased. While many have argued that this type of deficit is not necessarily a bad thing, Trump has stated that reduction of this deficit is a priority.

While all three countries have taken this renegotiation as an opportunity to push their own improvements forward, the US has taken the most rigid approach, which is in line with Trump’s policies.

Some of the proposed changes would impact Canadian industry heavily, and favour American interest.

Under the current NAFTA rules, vehicles with 62.5% North American content can travel duty-free. The US has proposed that this be increased to 85%, and of that 50% must be American content. This would help the American automobile industry, but at the direct cost of Canadian auto manufacturers and the Ontario economy. It is estimated that 65% of the province’s exports to the US are from the automotive industry.

Trump has also called for the termination of quotas for Canadian dairy, poultry, and eggs. Currently, farmers must obtain a permit or “quota” to determine the amount of dairy products they can produce and sell to processing plants in Canada. This is commonly known as “supply management”.

Trump believes the supply management system is unfair as it prevents American companies from flooding the Canadian market. This would severely impact the livelihood of Canadian farmers, who would lose jobs and market competitiveness.

Both Canada and Mexico have objected strongly to the idea of a sunset clause, which would put a five-year expiry stamp on NAFTA. The countries would have to renew the agreement every five years, greatly reducing its value in the first place as there is always the possibility of one country backing out at the renewal period.

Canada, the United States, and Mexico will continue to meet over the coming months in an attempt to come to a consensus on what the new NAFTA will look like. Creative solutions and compromise will be required from all parties in order for this agreement to be saved. Prime Minister Justin Trudeau recently stated, “We will not be pushed into accepting any old deal, and no deal might very well be better for Canada than a bad deal.”