You are here: Home / Special Report / 44-1: Canada as a Bilingual Country / Other Official Languages in Canada
Reading Time: 6 minutes

Canada is known around the world as an officially bilingual country. Federally, French and English share equal status as the “official languages.” The same is true in some of the provinces and territories. What is perhaps not known as widely (in southern Canada, at least) is that there are other official languages in two territories: Nunavut and the Northwest Territories. 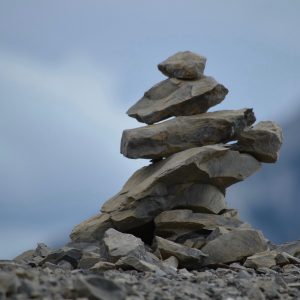 The Northwest Territories has the widest selection of official languages in Canada with eleven languages. In addition to English and French, nearly all of the Aboriginal languages used by sizable segments of the population have official status.

The nine other official languages of the Northwest Territories are:

Because of their shared history – until 1999 Nunavut and the Northwest Territories were a single territory – the laws in the two territories are almost identical. In both territories, the official nature of the various languages means that all are legally equal when it comes to government agencies and institutions. Any of the official languages can be used in the legislatures. Translation services are provided for anyone who wants to observe, in person or through media.

In March 2019, the federal government introduced legislation to carry out most of the Commission’s recommendations concerning Aboriginal languages.Similarly, any of the official languages can be used in the courts, and interpreters will be provided as necessary. Laws or regulations are usually only published in English and French, although the government can direct for translation into any of the other official languages. In the Northwest Territories, the court is only required to issue its decisions in English or French (and sometimes in both). In Nunavut, an interested party may ask the court to provide a translation of a decision or order into the official language of their choice.

Both territories have Languages Commissioners whose role is to oversee and enforce respect for the language laws. The legislation in both Nunavut and the Northwest Territories set out legal options for individuals who feel their language rights are not being respected and honoured.

Perhaps, in the spirit of ensuring the survival of Indigenous languages, it is time for the Northwest Territories to adopt a more localized but mandatory approach (similar to that in Nunavut) in using its official languages. For example, only a couple of years ago the Government of the Northwest Territories spent a significant amount of public money to replace all of its English-only communications (signs, letterhead, business cards and so on) with bilingual English-French forms. The most public example of this was likely the signs in Territorial Parks, which now show French and English. However, roughly only three percent of the territory’s population is French. The government did not provide for signs to display the local Aboriginal language, even in the areas where residents speak the local Indigenous language more than French.

The Northwest Territories has the widest selection of official languages in Canada with eleven languages.In a May 2019 newspaper column, Norman Yakeleya, the National Chief of the Dene Nation and regional Chief of the Assembly of First Nations, noted that only two of the Northwest Territories’ eleven official language are given priority – English and French. The other nine are acknowledged as equal only in law but not in practice. When it comes to Territorial Park signs, he suggested that at least the local Indigenous language(s) should also be included.

In late 2018, the Supreme Court of Canada issued a decision on Canada’s official languages. The Court confirmed that the government has a positive duty to implement and not interfere with the rights of French and English speakers, at least when it comes to contact with government agencies and institutions. In the Northwest Territories and Nunavut, the territorial governments surely have a similar important duty where the Indigenous languages are also “official”.

Canada has recently started to seek reconciliation with its Aboriginal Peoples. An important part of the reconciliation process should be the preservation, and in some cases the revitalization, of the languages of our Indigenous communities.

It is mandatory in Nunavut that government institutions use all of the official languages on signs and notices.In its 2015 report, the Truth and Reconciliation Commission called upon the federal government to implement legislation to preserve and strengthen the use of Indigenous languages, including by funding appropriate programs to accomplish this objective. This suggestion is particularly meaningful when we consider that a central part of the residential schools program included forcing (sometimes using violent methods) Aboriginal children to stop speaking their own languages and to use only English or French. In March 2019, the federal government introduced legislation to carry out most of the Commission’s recommendations concerning Aboriginal languages.

The Inquiry into Missing and Murdered Indigenous Women and Girls went even further in its 2019 final report. It called for all governments to recognize (at least the local) Aboriginal languages as “official”, “with the same status, recognition and protection provided to French and English”.

We are now seeing more efforts of Aboriginal language revitalization and preservation: