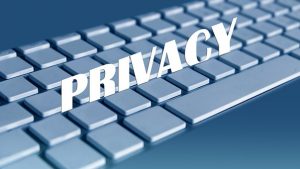 Everything secret degenerates, even the administration of justice; nothing is safe that does not show how it can bear discussion and publicity.

On the other hand, governments and courts need to be transparent and accountable. In Vancouver Sun, the Supreme Court of Canada said, in the context of the court system:

Public access to the courts guarantees the integrity of judicial processes by demonstrating ‘that justice is administered in a non-arbitrary manner, according to the rule of law’. Openness is necessary to maintain the independence and impartiality of courts. It is integral to public confidence in the justice system and the public’s understanding of the administration of justice. Moreover, openness is a principal component of the legitimacy of the judicial process and why the parties and the public at large abide by the decisions of courts.

Names have been on cases without incident since the country’s founding. To my knowledge, no other country redacts parties’ names from cases. The challenge with a new social development like privacy, is to balance it against other competing social interests like transparency in the legal system. What should be the limits of personal privacy? When should government disclose personal information collected?

This article introduces and briefly explains the recent issue of whether individuals who bring a civil lawsuit or appeal to an administrative body should be able to demand their identities be removed from those public court and administrative decisions.

Canadians may possess a broad understanding of rights, but they are also remarkably uninformed about the limits and nuances of those rights.  For example, even without choosing to share something on social media, one’s personal information is passively disclosed in the regular coming and going in one’s day.  People are observed and photographed in public. Communications are overheard and captured. Certain salaries, for example, must be disclosed annually by law.  Sealing orders and publication bans of court proceedings are exceptional and courtrooms are virtually never closed to the public. The comparable freedom of the press is an essential constitutional right in our free and democratic society.

Privacy legislation governing the public sector also carves out numerous exceptions. The Alberta Freedom of Information and Protection of Privacy Act, section 4 states that it covers “all records in the custody or under the control of a public body, including court administration records”, but then it goes on to list records which are exempt from the Act. Exemptions include information in a court file and judges’ records, including their (and quasi-judicial administrative tribunal members’) “personal notes, communication or draft decisions”.  This suggests that final decisions might be embraced by the Act and, accordingly, should be scrubbed to avoid disclosure of personal information.

Proponents of removing names from judicial decisions argue that this is merely further application of the law that prohibits disclosure of personal information collected and held by public bodies – in this case, the courts and their public servants, the judges. Judges set out enough material personal information to establish the essential factual foundation of the case. Where an employee, for example, sues the employer for wrongful dismissal, the judge must analyze the evidence and determine the facts of the case. She will outline what the employee’s role was and what s/he and others did or said that gave rise to the legal dispute. If damages are awarded, that employee’s salary and benefits, as well as mitigation efforts, will be relevant. Adjudicating always takes place in a living and true fact-specific context.

The question is whether employees are entitled to complete anonymity so that no one reading the decision would know their identities and they would be referenced by initials only in the case name.

The Internet and social media are agents of good as well as harm. Today, anyone can access personal information contained in online full text judicial decisions anywhere in the world at any time at no cost. Indexation and cache storage make this information unintentionally available on search engines like Google even when the purpose of the search is not to find judicial decisions. Court records and court attendance disclose parties’ and witnesses’ identities but these are not online. The principle of practical obfuscation intentionally builds in higher expenditures of time, effort and cost to access the information, so that the few who persevere will most likely have a legitimate interest in obtaining it.

Consider the impact of public disclosure about one’s job, marital status and struggles, debts, human rights complaints, and employment status. Information on finances, immigration status, residence, health, and children are some examples of sensitive personal information that – if publicly disclosed – could have negative reputational and security impacts.

Individuals sometimes say they can be personally harmed when they are publicly identified in judicial decisions. In this way, the government’s compelled disclosure of one’s personal information can be – in addition to illegal – embarrassing, prejudicial and dangerous. It can expose individuals to greater risk of identity theft, data mining, stalking, and discriminatory practices, among other things. Personal information can be taken out of context and used for nefarious purposes.

Consider the impact of public disclosure about one’s job, marital status and struggles, debts, human rights complaints, and employment status. Judicial decisions are public but all personal information contained in them, including parties’ and witnesses’ identities does not need to be. This information is not always freely volunteered in the legal process. Disclosure in the litigation process is required to obtain legal recourse and consent to further publication is not granted.

If people must identify themselves for merely vindicating their legal rights, a chilling effect might set in and few might seek to do so. As a former federal Privacy Commissioner stated in a 2011 speech, “If people are deterred from going to courts or tribunals to enforce their rights or seek justice, we, as a society, need to be extremely concerned about access to justice.”

Proponents of removing names from judicial decisions argue that this is merely further application of the law that prohibits disclosure of personal information collected and held by public bodies – in this case, the courts and their public servants, the judges. Accordingly, publishing names in judicial decisions prima facie offends privacy legislation.

The issues of de-indexation and anonymization are separate, albeit related, privacy issues. De-indexation keeps judicial decisions out of general searches. One must find caselaw databases and then purposefully search them (this further required step is called “practical obfuscation”). Judicial decisions and virtually all administrative decisions are voluntarily de-indexed on the Internet (such as Canlii.org) and are out of the reach of external search engines such as Google.

The challenge with a new social development like privacy, is to balance it against other competing social interests like transparency in the legal system. While privacy commissioners and courts continue to order the few holdout administrative tribunals to de-index, this is likely to become a futile, unenforceable game of “whack-a-mole” as new, indexed databases launched all over the world continue to pop up. Media coverage of court cases mentions parties’ names and remains fully indexed by search engines.
Removing parties’ names from cases is technically easy to do in the clerk’s office in  Canadian courts. However, judges and administrative tribunal adjudicators, as a matter of practice, do not insert unnecessary personal information about any private individual in their decisions.

There are several reasons why parties’ names should remain on  judgments.

The venerable “open courts” principle, a cornerstone of the common law, enjoys quasi-constitutional status in Canada. The public interest favours transparency and accessibility in the development of the law to ensure public confidence in, and integrity of, the court system. Full access to information generates feedback and public debate which ensures accountability of institutions. Understanding the administration of justice and ensuring proper judicial behaviour demand full access to legal records.
Names have been on cases without incident since the country’s founding. To my knowledge, no other country redacts parties’ names from cases. If there has been a recent trend at all in this area, it is to further enlarge publication through televisions in courtrooms and live-streaming cases over the Internet.

Worst case scenarios of what hypothetically could happen cannot outweigh the value of open courts. Removing case names would be the start of the slippery slope. Court files would close and all evidence would have to be given under aliases. Then judges’ names could be removed from their decisions. Elected officials might ask that their names be removed from debates and votes in the legislature. Once the redaction starts, we know not where it will end.

There are several reasons why parties’ names should remain on  judgments.

Personal embarrassment or financial prejudice to an accused, party or witness are generally not valid grounds for publication bans. It simply is not practical or feasible to police information on the Internet. In addition to courts, the media and everyone else would also have to be restrained from using names. With an emerging independent Charter right to a free press, this restriction on coverage is unlikely to happen.

Justice is a public good but there are limited judicial resources. Sometimes, it is necessary to limit access to the courts in cases of abuse   and to bar vexatious litigants from bringing cases. Frivolous lawsuits waste valuable resources and harm the parties they target. The public has an interest in knowing who persistently makes unfounded allegations or fabricates evidence, and who abuses the legal system. Attaching names to cases provides necessary incentive for accountability and responsibility. Removing names from judicial decisions may serve as cover for troubling behaviour.

Parties could be notified at the outset that they will be identified in the judicial decision available online. Parties would then consent through continuing participation in the lawsuit to the disclosure of their identity.