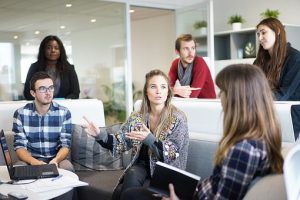 People share things. They share rooms, apartments, and wi-fi passwords. They share socks, Netflix accounts, and leftovers. But what does this sharing entail, exactly? As a shared owner, what rights do you actually have? Does shared ownership allow one to unilaterally decide what happens to the shared object or thing?

In R v Reeves, 2018 SCC 56, the Supreme Court of Canada dealt directly with this issue. More specifically, the Court addressed the issue of whether and to what extent the sharing of a computer impacts one’s reasonable expectation of privacy in that computer. And, in keeping with the Supreme Court’s recent trend of ensuring heightened privacy rights in computers and other electronic data (see e.g. R v Marakah, R v Fearon, R v Vu, R v Cole), a majority of the Court held that even while a person’s reasonable expectation of privacy in a shared computer will be limited, “it still suffices to trigger the protection of s[ection] 8 of the Charter” (Reeves, para 47). Put more plainly, “[b]y assuming the reasonable risks of shared living, a person does not assume the risk that police can enter a shared home and seize its contents at the sole discretion of a co-resident” (para 16).

Thomas Reeves and his common-law spouse, Nicole, shared a computer. In 2012, Nicole reported to police that the computer contained pornographic videos that “obviously involved children” (R v Reeves, 2017 ONCA 365, para 9 [Reeves ONCA]). The police arrived without a warrant and seized the computer with the signed consent of Nicole. Reeves, who was already in custody on unrelated charges, was later charged with possessing and accessing child pornography (Reeves, paras 7-8). In response, Reeves brought a pre-trial Charter application, claiming his section 8 rights had been violated and that, as a result, the evidence from the computer should be excluded pursuant to section 24(2) of the Charter. The application judge agreed, holding that although Nicole had “freely consented to the search and seizure” of the computer, a third party cannot “validly consent to a search or otherwise waive a constitutional protection on behalf of another” (Reeves ONCA, para 38). On appeal, however, a unanimous panel of the Court of Appeal for Ontario overturned the application judge’s decision, holding instead that Reeves’ right to privacy was not infringed due to the fact that “Reeves’ expectation of privacy in the shared spaces of the family home and in the family computer was greatly diminished” (Reeves ONCA, para 59). (For a more in-depth analysis of the decision of the Court of Appeal, see “R v Reeves: The Impact of Joint-Residence on One’s Reasonable Expectation of Privacy”).

Can Police Enter a Shared Residence Without a Warrant?

The police have the power to do a great many things. Some of these powers seem relatively obvious, such as the power to respond to a 911 call (see e.g. R v Godoy, [1991] 1 SCR 311), and the power to arrest (Criminal Code, RSC 1985, c C-46, s 495). Oddly, however, the power of police to enter a shared residence with the consent of a cohabitant has not yet been definitively established by the Supreme Court (although it has been by “several provincial appellate courts” (Reeves, para 25)). The reason this is strange is that “police officers routinely seek to make contact with individuals within their homes” in order to interview them (para 80).

Unfortunately for the police, however, the majority in this case decided to leave this issue for another day. Given the concession by Reeves’ counsel that the entry was lawful (as well as the “complex questions” the issue raises) the Court held that it is best dealt with “in a case that directly turns on th[e] issue, with the benefit of full submissions” (Reeves, para 26). For the purposes of this case, Justice Karakatsanis and the majority simply “proceed[ed] on the assumption that the entry was lawful” (para 22). In separate concurring opinions, however, Justices Moldaver and Côté took on the challenge of tackling the issue.

First, Justice Moldaver argued that “the police conceivably had the authority to enter the shared residence at common law under the ancillary powers doctrine” (Reeves, para 75). Advancing on the basis that Reeves had a reasonable expectation of privacy in the common areas of his jointly-owned home, Justice Moldaver argued that the police entry was a “search” within the meaning of section 8 and therefore was only valid if it “was authorized by law, if the law was reasonable, and if the search was carried out in a reasonable manner” (para 76). Justice Moldaver then found that the power to enter into shared residences with consent undoubtedly “falls within the scope of police duties” to investigate crime, and that it was a justifiable practice where it was limited by certain constraints (paras 79-87). The constraints are as follows: first, “the police must query whether conducting the interview in the person’s home is necessary”; second, “the scope of the entry power would be narrowly tailored to its purpose”—to “take one or more statements in connection with a criminal investigation”; third, the police would only be permitted to enter the common areas of the home”; fourth, “the police can only enter if invited by an occupant with the authority to consent”; and fifth, “the entry would only be for a limited duration” (paras 88-94). In assessing the constitutionality of the proposed power, Justice Moldaver found that, while the “presumptive constitutional benchmark” of “reasonable grounds to believe that the search would uncover evidence of an offence” would be unworkable (as the police would then have no need to conduct an informational inquiry), a lower standard of justification, such as reasonable suspicion, may be appropriate (paras 97-99).

Justice Côté offered a different route. For her, “not only do the police have a common law power to enter a shared residence for the purpose of taking a statement,” there can be no violation of section 8 “because Mr. Reeves’ expectation of privacy was not objectively reasonable in a context where a cohabitant, Ms. Gravelle, provided her consent for the police to enter common areas of the home” (Reeves, para 109). Put another way, “it is not objectively reasonable for a cohabitant, who shares a residence with others, to expect to be able to veto another cohabitant’s decision to allow the police to enter any areas of that home that they share equally” (para 112). At the crux of this position, then, is the notion that it would be “unworkable” and “would substantially undermine effective law enforcement” for a co-resident to lack the authority to unilaterally permit police entry into shared spaces of their shared home (para 114). In other words, the police entry was lawful because to require the consent of all residents would be unreasonable.

Overall, then, while the issue remains technically live, it appears that there are strong arguments to support such a police power and that it is likely only a matter of time before the Court provides formal recognition.

Do You Have a Reasonable Expectation of Privacy in a Shared Computer?

The second and primary issue in this case was whether Reeves (or any other person in Canada) had a reasonable expectation of privacy in a shared computer. The analysis here involves four stages: First, a determination as to the subject matter of the seizure; second, a determination as to whether the claimant had a direct interest in that subject matter; third, whether the claimant had a subjective expectation of privacy in the subject matter; and fourth, whether that subjective expectation was objectively reasonable (Reeves, para 28).

Contrary to the judges of the Court of Appeal, Justice Karakatsanis and the majority held that “the subject matter of the seizure was the computer, and ultimately the data it contained about Reeves’ usage, including the files he accessed, saved and deleted” (Reeves, para 30). This conclusion differed from the analysis of Justice LaForme in that it took a more expansive view of the seizure, seeing it not simply as seizure of property, but as a seizure of the data and the “intimate” details contained within it (paras 30, 34). Justice Côté, however, disagreed with this formulation, arguing instead that the subject matter of the search was simply the “physical computer” (para 126).

Next, Reeves “undoubtedly had a direct interest and subjective expectation of privacy in the home computer and the data it contained” (Reeves, para 32).

The final consideration, then, was whether Reeves’ subjective expectation of privacy was objectively reasonable. On this point, the issue of control was central. If someone shares a computer, and thus has reduced control over it, how reasonable can their expectation of privacy be? Shouldn’t someone expect that shared control means no control? For the majority, this line of thinking (reminiscent of a risk analysis, which the Supreme Court has expressly rejected; see R v Duarte, [1990] 1 SCR 30) is to be rejected—“control is not an absolute indicator of a reasonable expectation of privacy, nor is lack of control fatal to a privacy interest” (Reeves, para 37, quoting Marakah, para 38). In other words, simply because someone has chosen to share a computer with others does not mean that they relinquish their right to be protected from unreasonable seizure of it—“[s]hared control does not mean no control” (Reeves, para 37, emphasis in original). Building on the principles outlined in Marakah, the majority’s position here establishes a strong foundation for the protection of digital information. And, as society continues its shift toward a more digital (and inherently less controllable) landscape, such a position will be essential in ensuring a robust and meaningful zone of privacy for individuals.

In her concurring opinion (which might be more aptly characterized as a dissent, despite its agreement on the facts of the case), Justice Côté disagreed. From her perspective, the majority’s focus on informational privacy was irrelevant to the issue of the seizure as “the police could not actually search the data until they obtained a warrant” (Reeves, para 125, quoting the majority, para 30). This is a valid critique, and raises a potential question: If we allow police to seize computers (but not to search them without further judicial authorization) from houses where a search warrant for the house does not specifically authorize the search of computers (see Vu, para 3), then why would we not allow police to do the same on the basis of consent from a shared owner? Further, as Justice Côté held, given this particular context—the computer was jointly owned and used, and Reeves was not present since he was in custody and barred from being at the home due to a no-contact order—it was not objectively reasonable for Reeves to expect privacy (Reeves, paras 127-28).

The latest installment in a seemingly endless stream of novel search and seizure cases dealing with informational privacy, R v Reeves appears to further solidify the section 8 jurisprudence bent on maintaining robust privacy for individuals. This is a good sign for the law in Canada.

And, would we really be willing to accept the alternative? Computers are uniquely private—they are “portals” into the very depths of our private lives and contain vasts amount of information, much of which we are likely unaware is even present (Reeves, para 34). Is there a single one among us who would not balk at the idea of someone permitting the police to seize our personal computer? And does shared ownership really change any part of our reaction? I think not. Moreover, people share things for a variety of reasons. Sometimes because they want to, and sometimes because they have to. To penalize someone’s decision (or need) to share by jeopardizing their privacy rights would be shortsighted and unfair. Thankfully, the Supreme Court’s decision makes clear it understands this.

The post R v Reeves: Shared Computer? Don’t Fret—Your Secrets are Safe appeared first on TheCourt.ca on January 10, 2019 and is republished under the Creative Commons License.