You are here: Home / Archives for gender identity 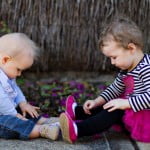 This article is being written on the day of the opening ceremonies of the 2012 Olympic Games. Leading the procession of athletes, coaches and officials from South Africa will be a young female middle distance runner named Caster Semenya. This is her Olympic debut and the controversy will be loud and … END_OF_DOCUMENT_TOKEN_TO_BE_REPLACED